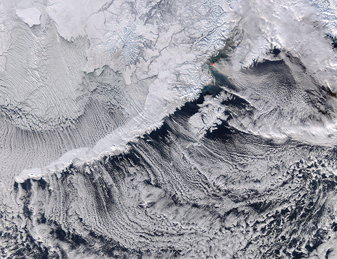 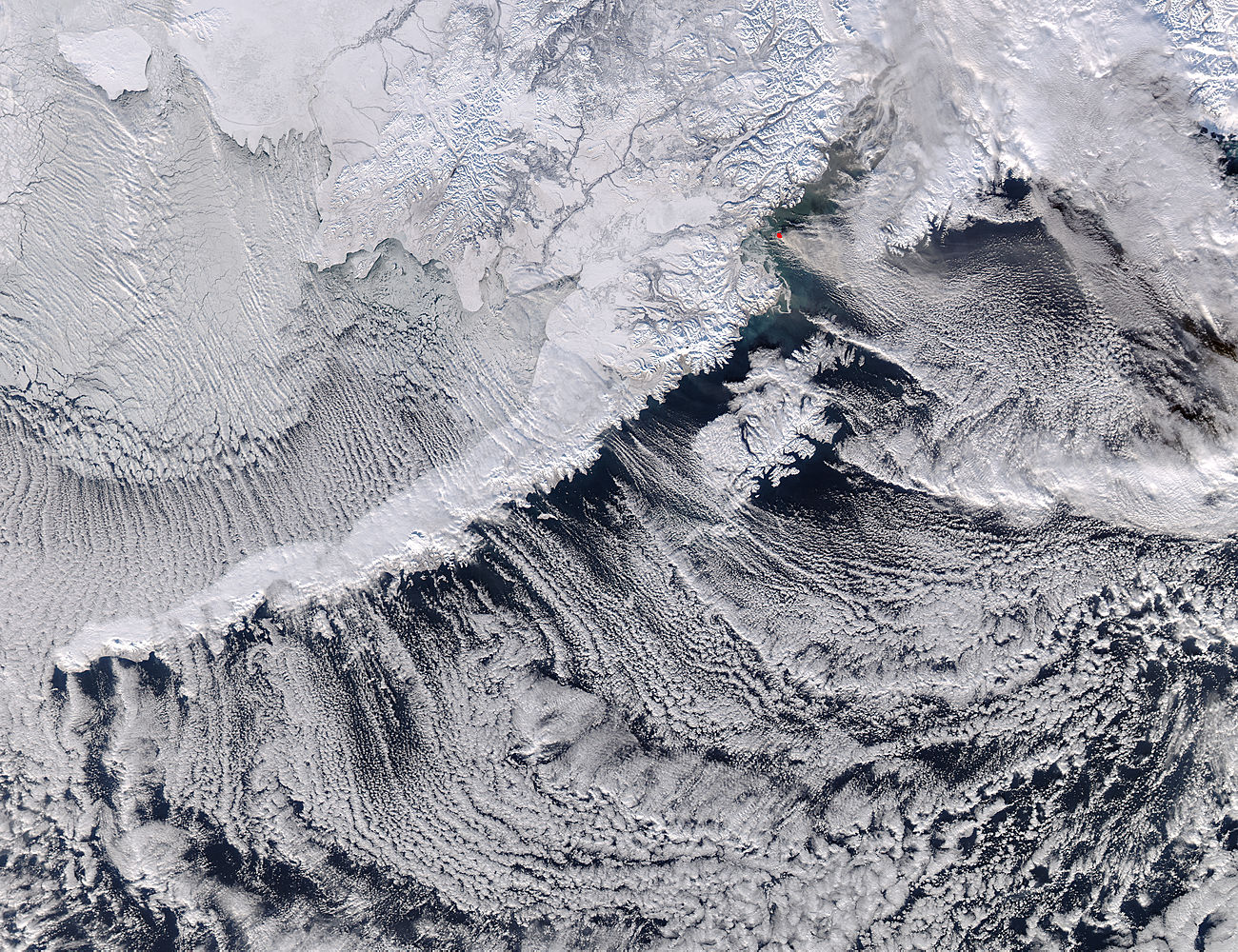 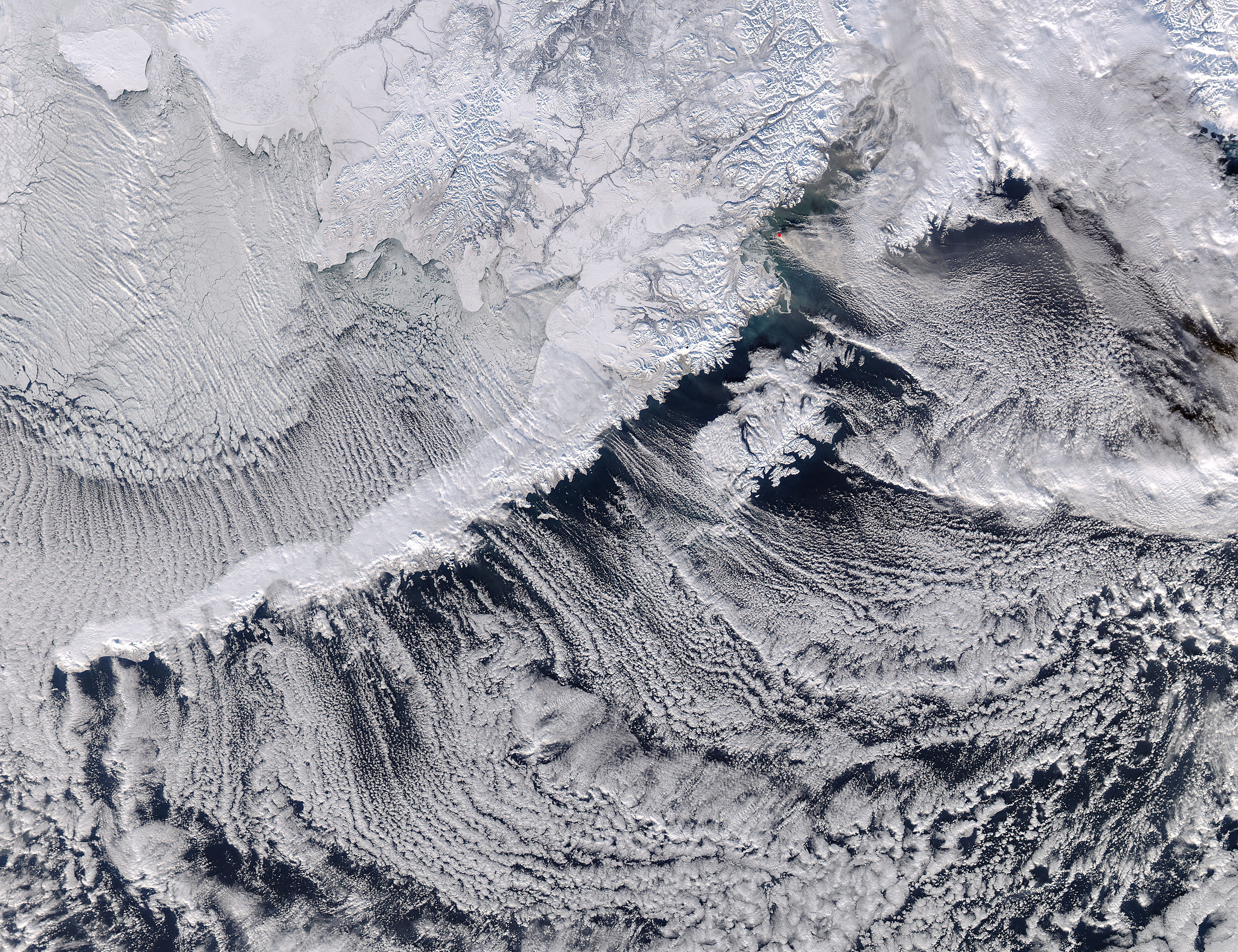 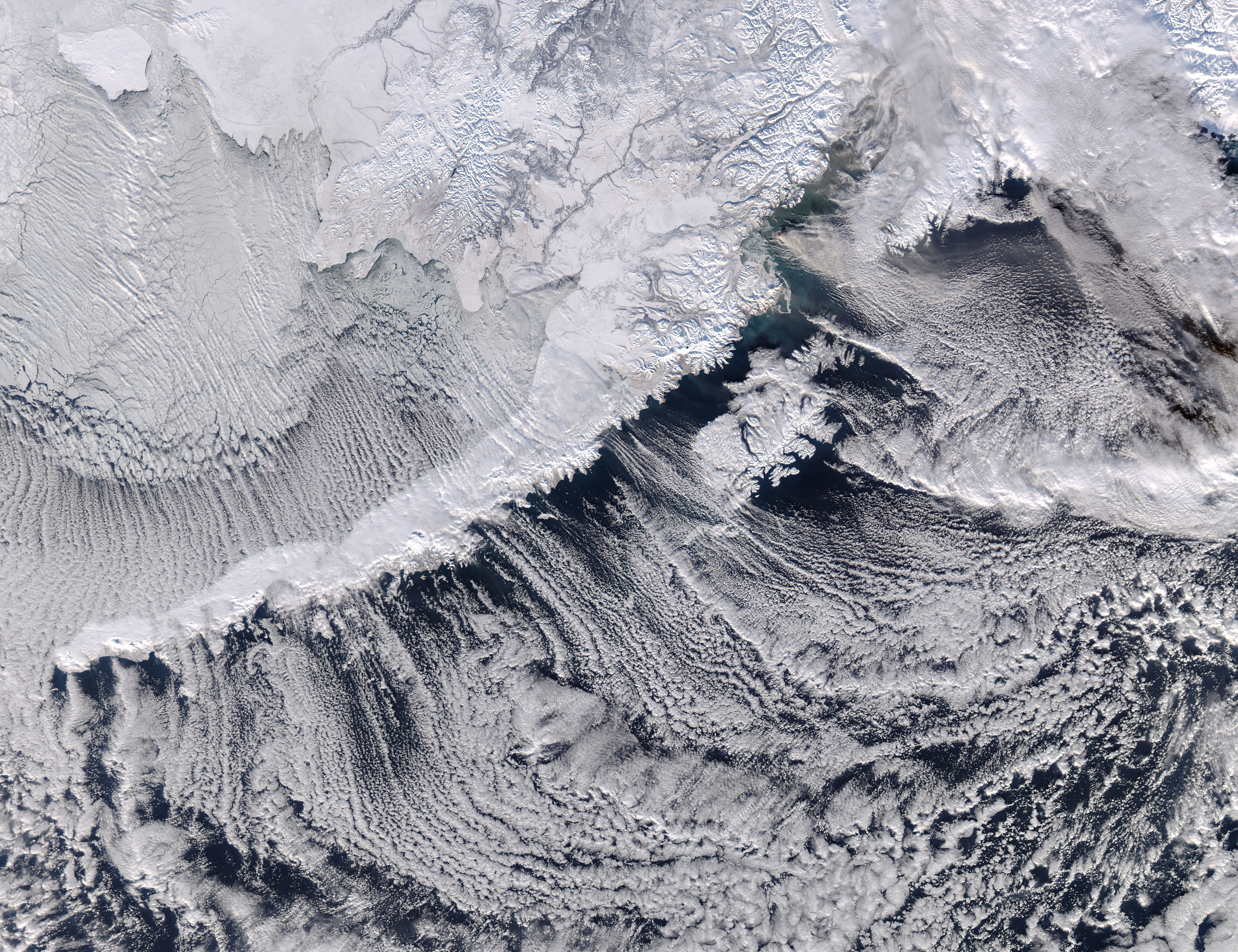 Cloud streets along the Alaska Peninsula

The striking patterns visible in this image are called “cloud streets”. Cloud streets are a regular feature of the middle and high latitudes; these are located along the Alaska Peninsula, just south of Anchorage. Cloud streets form when cold air blows across the landscape and passes over warmer water. The cold air picks up energy from the warm water and rises (a process called “convection”) vertically. At the same time, the now-warmer air is being pushed horizontally by air currents. These competing forces produce vortices, pockets or masses of swirling air that resemble a tornado on its side. However, not all of the pockets are spin in the same direction; in fact, adjacent vortices spin in opposite directions. But they are all aligned in the direction of the prevailing winds, creating the linear patterns seen here. Sometimes the flow is interrupted by a land feature, such as an island. Then, the cloud streets produce interesting, paisley-like patterns known as von Karman cloud streets. These are named after the late Theodore von Karman, a professor of aeronautics and co-founder of NASA’s Jet Propulsion Laboratory at Caltech.