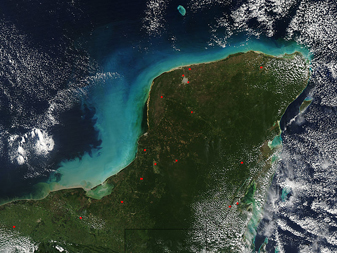 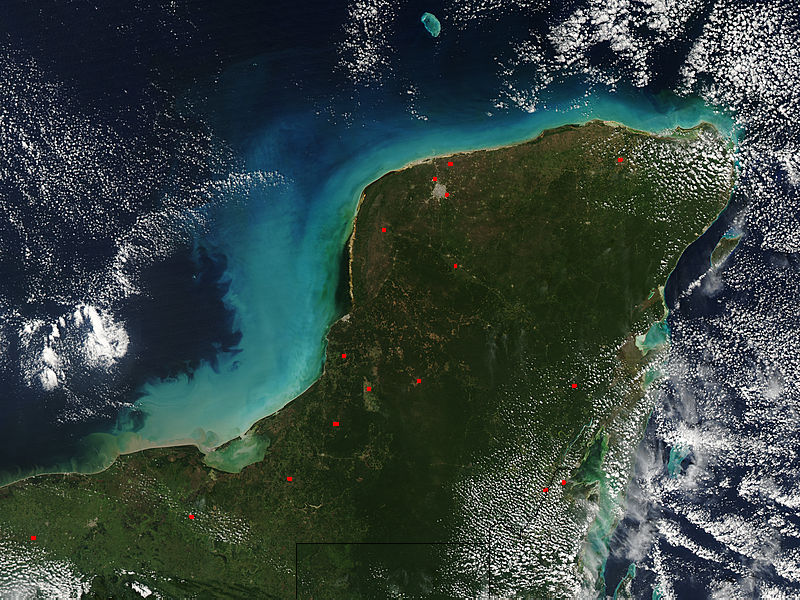 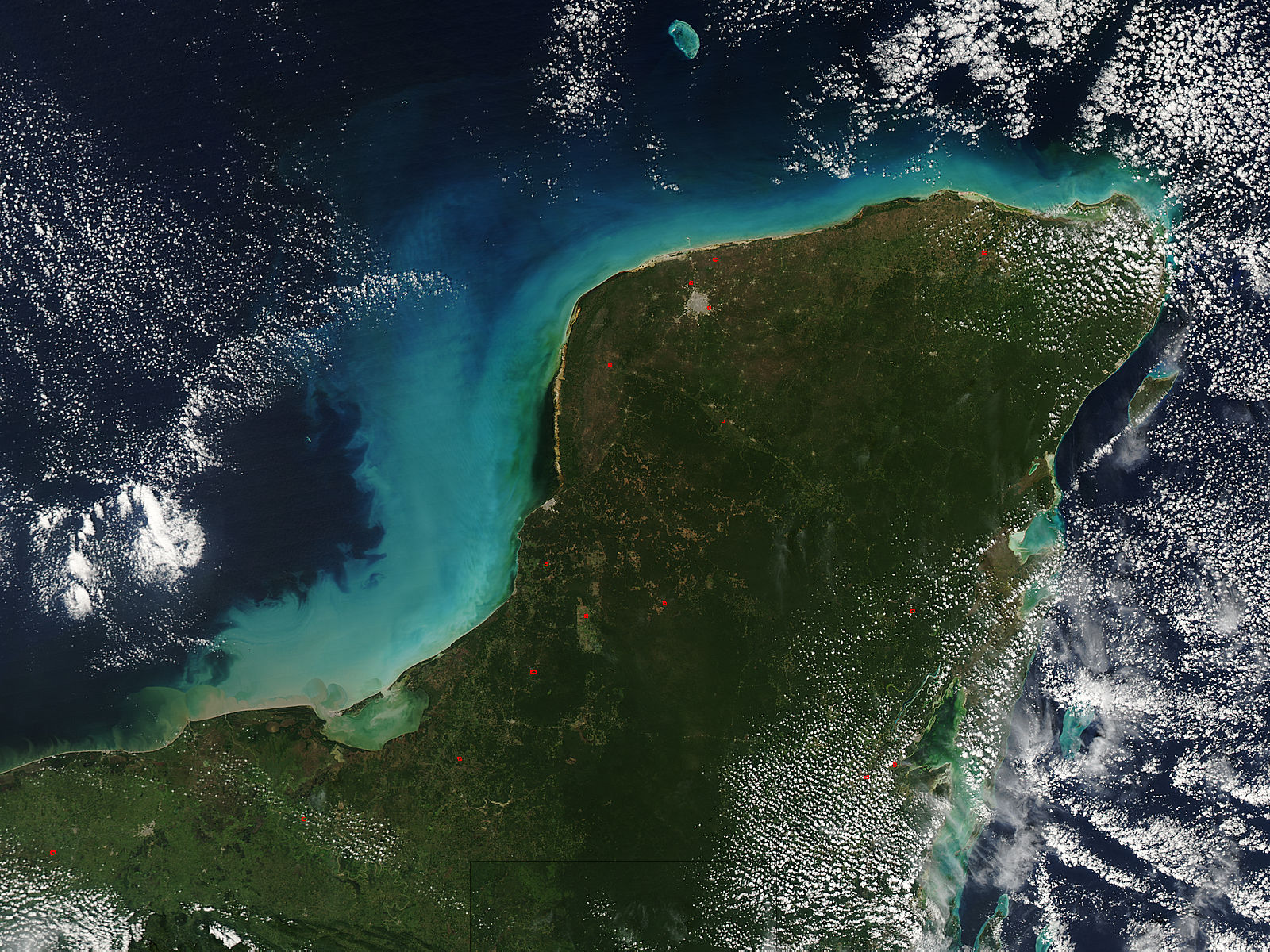 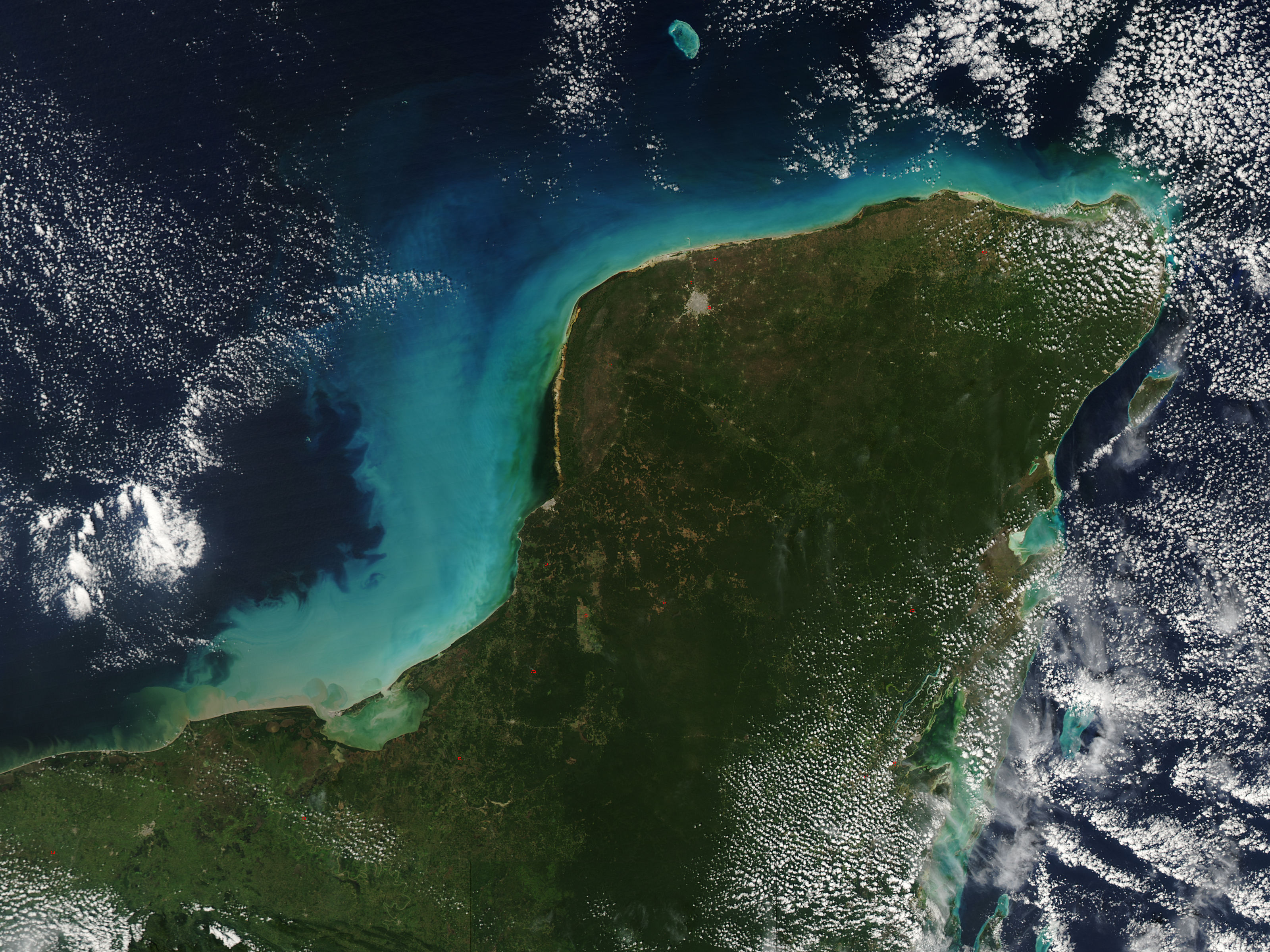 Phytoplankton, mixed in with sediment and other organic matter, show up as blue-green swirls along the coastal margin of the Yucatan Peninsula in this image acquired on February 5, 2006. A very large barrier reef is visible off of the eastern coast of the peninsula, running north and south along the right side of the image. Second only to Australia's Great Barrier Reef in size, it spans 180 miles from the northern tip of the Peninsula south into the Gulf of Honduras, and is home to over 35 different species of reef-building coral. The peninsula is formed from parts of three different countries: Mexico (the states of Quintana Roo and Campeche), the northern portion of Belize, and the northern territory (El Petén) of Guatemala. Phytoplankton blooms are often fed by surface runoff; nutrients are washed away from the land by rivers and deposited into the ocean, where they are brought to the surface by deep currents. Coral reef systems throughout the world are among the most productive ecosystems; although they comprise only a tiny fraction of the land surface, they produce large amounts of living organic material, or biomass. Sea grasses are important, too, providing habitat (food and shelter) to a variety of aquatic organisms. These regions are under stress for a variety of reasons, including erosion from coastal development, sea level rise, overfishing, and tourism.