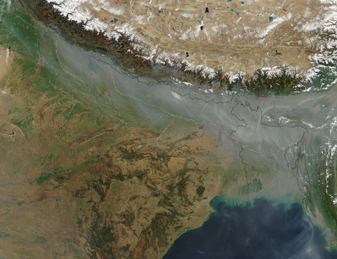 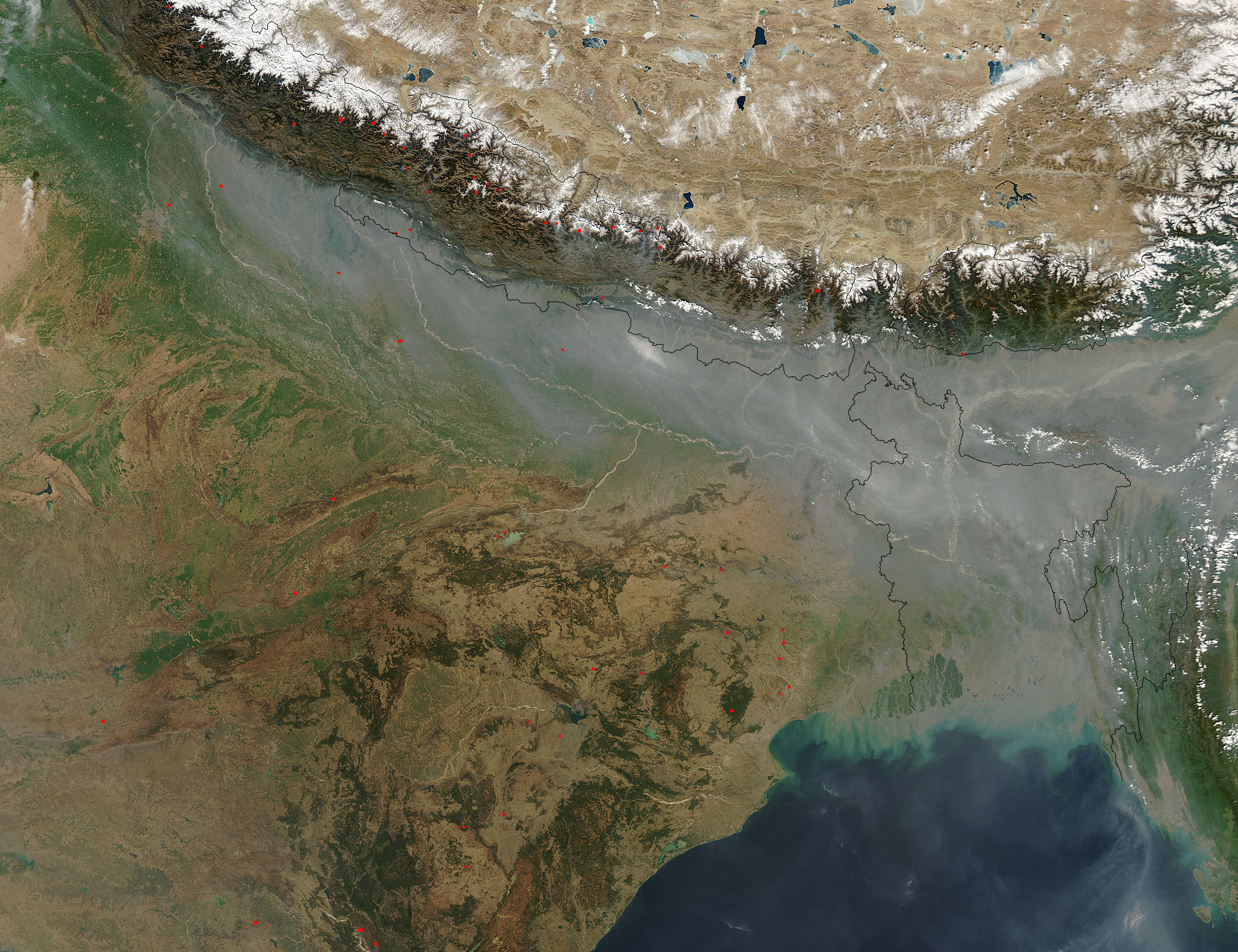 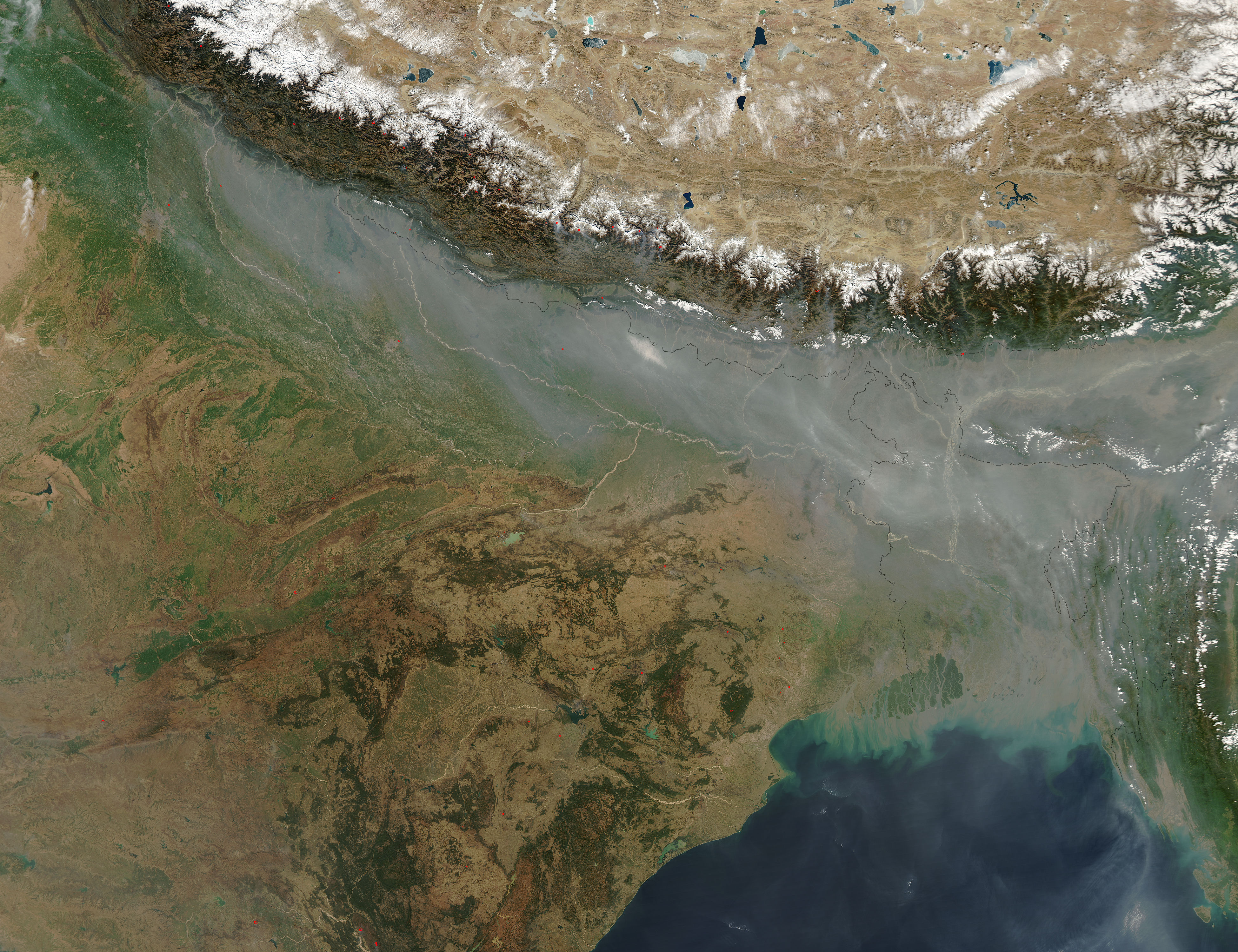 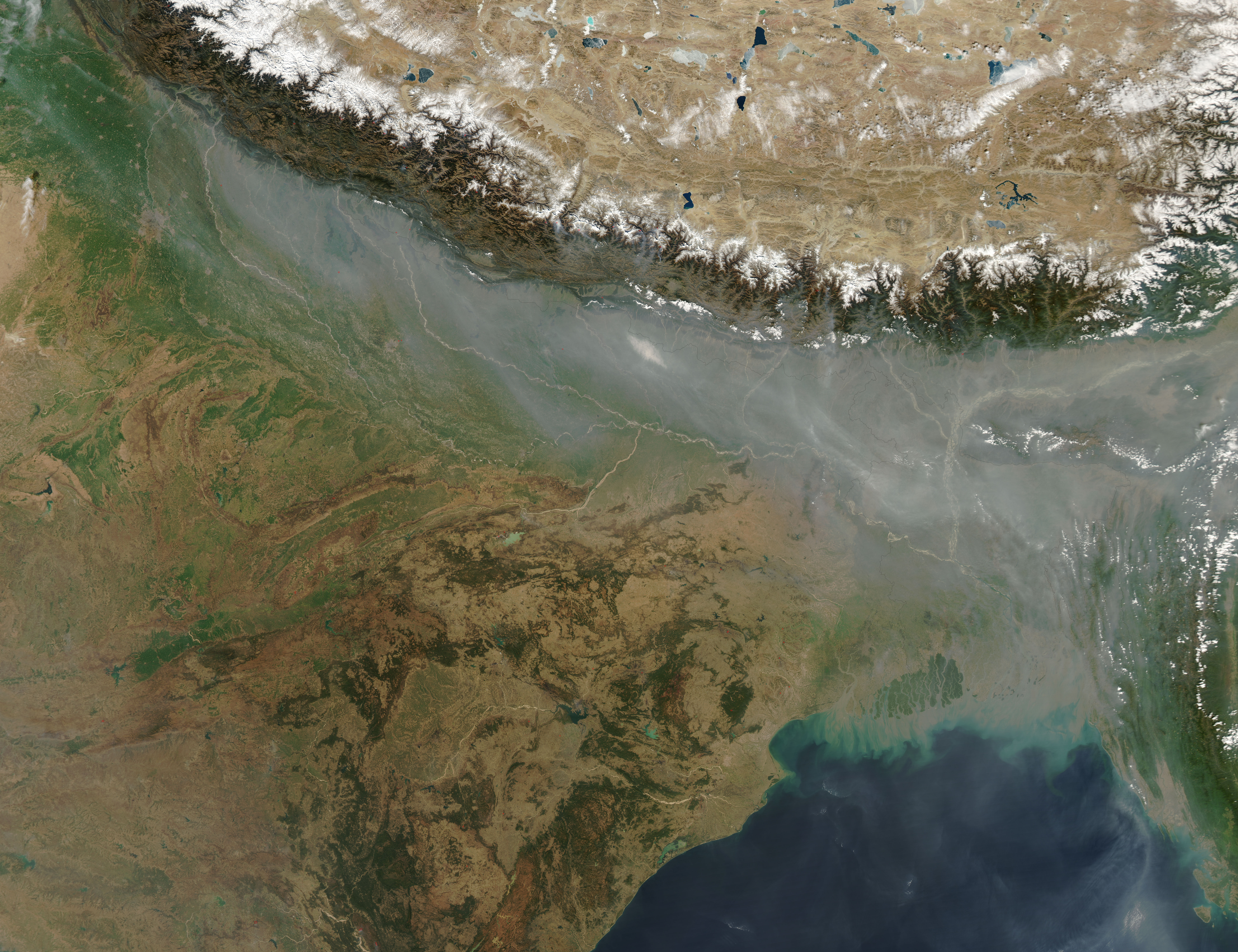 The Himalayas provide an effective barrier to the spread of haze in this image of Northern India. Haze is a generic term for visible air pollution, and can consist of dust, smoke, and other particulate matter. The Tibetan plain (in the upper right corner of the image, above the snow-capped mountains) appears to be very clear, while Bangladesh and the Bay of Bengal (in the lower right of the image) are heavily obscured. Haze is not only a health hazard but also is a significant impact on weather and climate. In particular, black carbon aerosol pollution can cool the surface of the planet while heating the atmosphere, which, according to scientists can disrupt atmospheric circulation and alter the frequency and intensity of rainfall. Soot, which is comprised mostly of black carbon, has many anthropogenic sources, including burning of wood for fuel, clearing land for agriculture, and the combustion of fossil fuels. Images such as this can help track the location and thickness of dust and haze as well as the intensity and transport of pollutants s across broad areas, such as regions and continents.