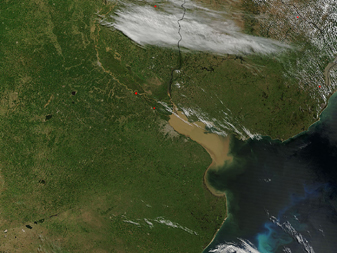 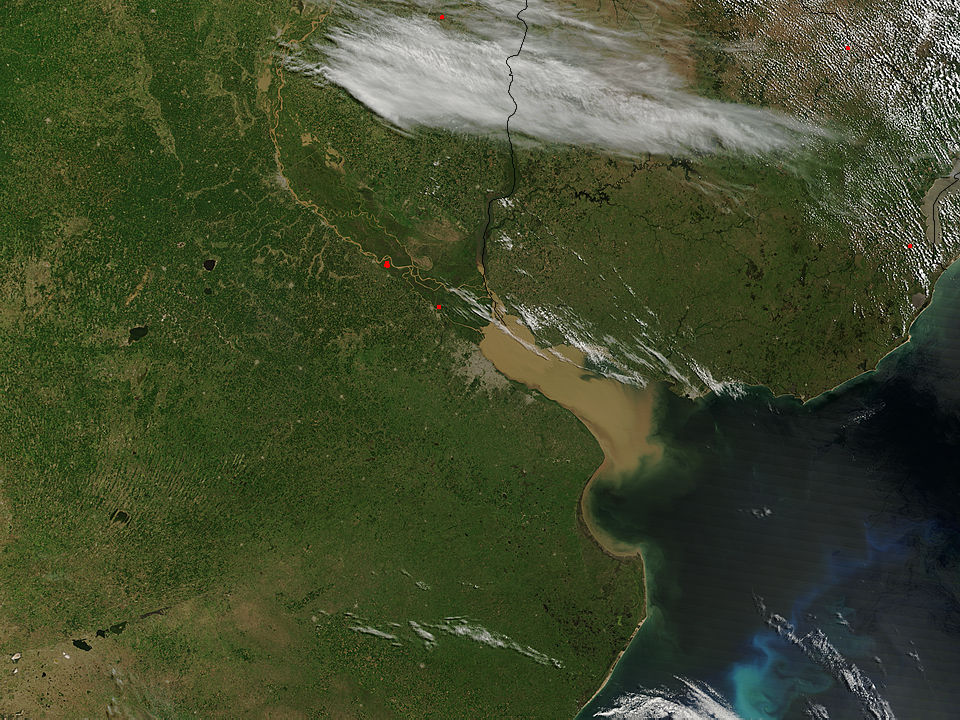 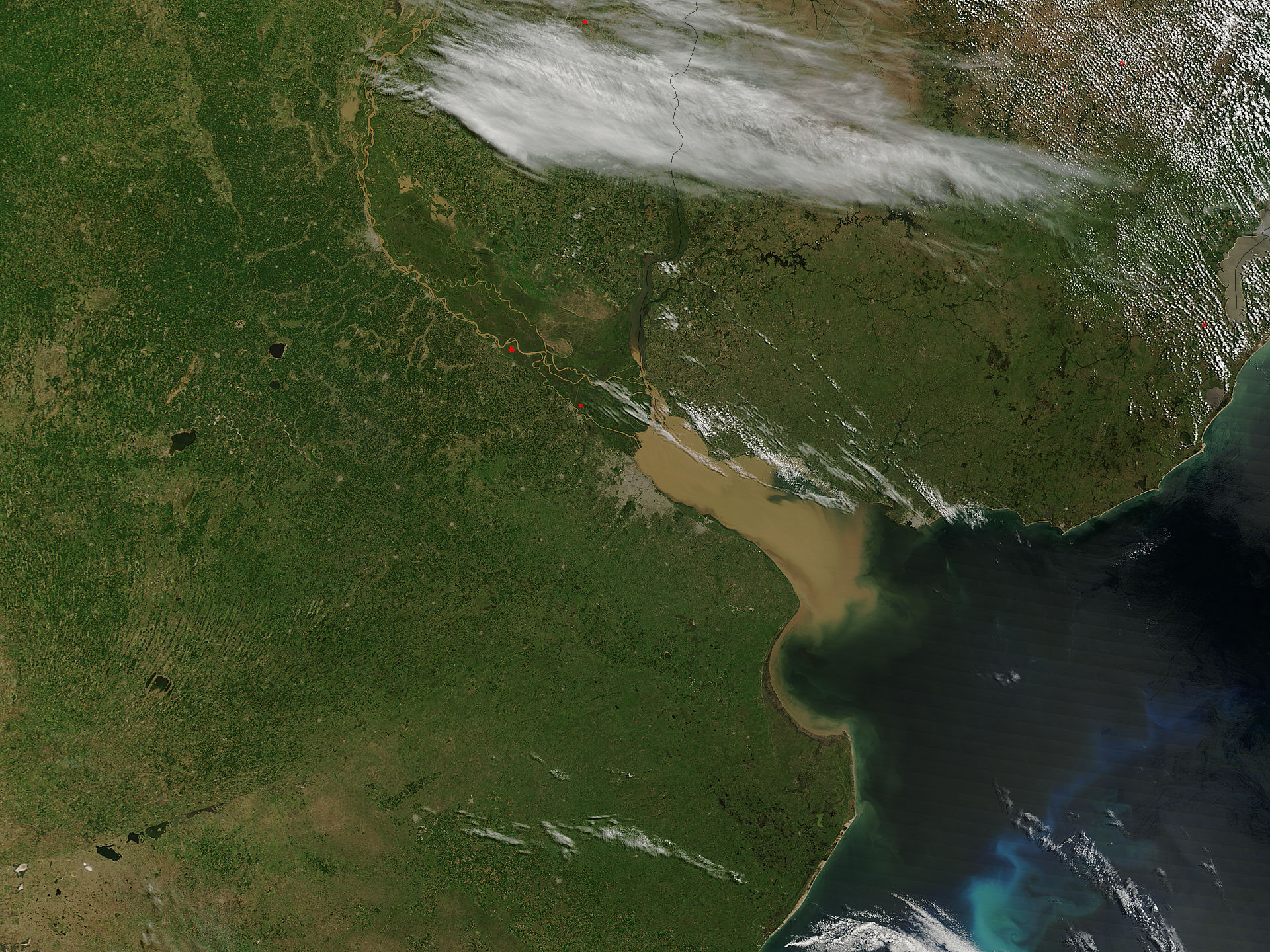 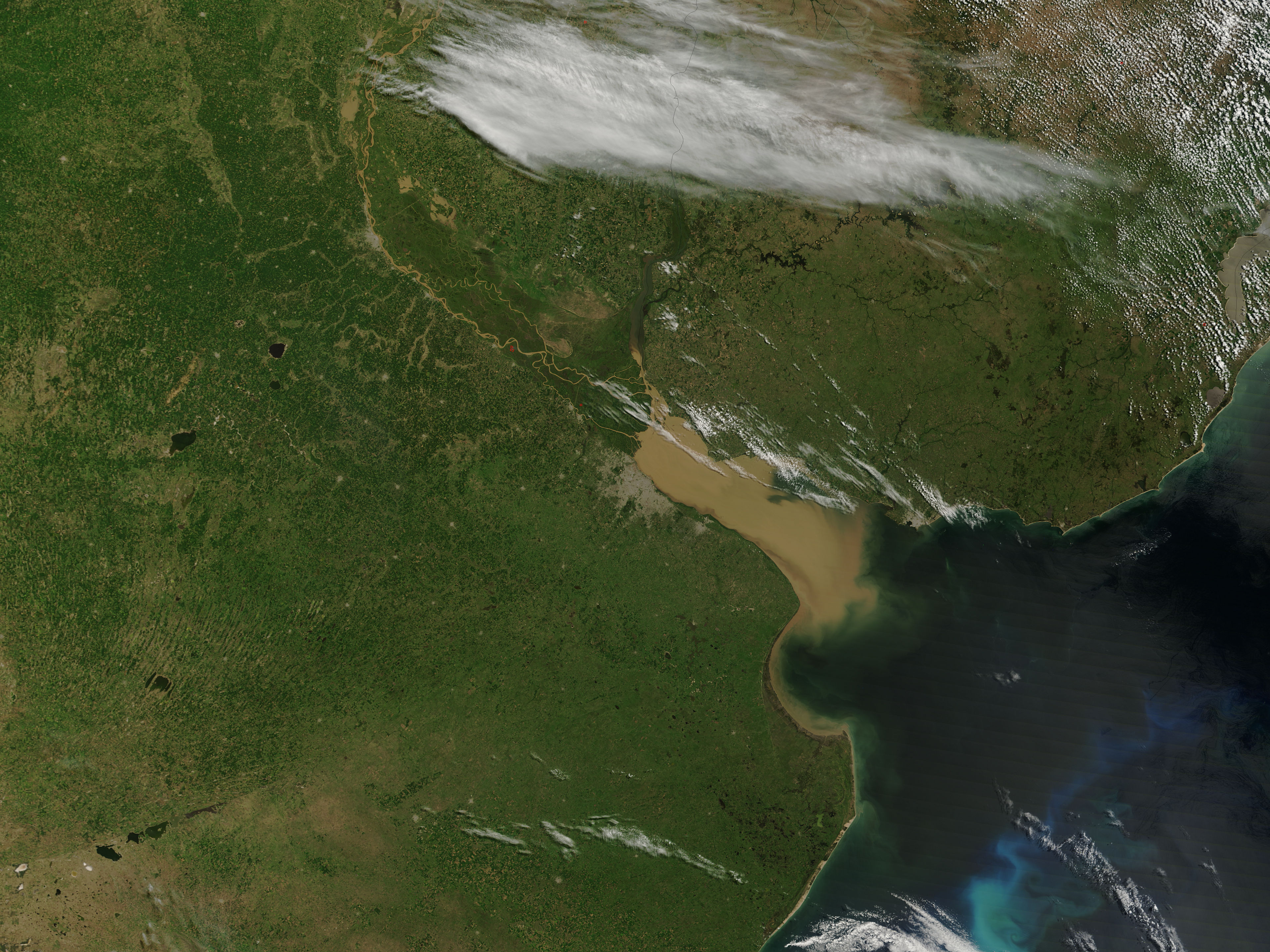 The broad delta visible in this image is formed by the River Plate, at the confluence of the rivers Uruguay and Parana in the Southeastern portion of South America. The River Plate (“Rio de la Plata” or River of Silver in Spanish), is the widest river in the world, stretching 220 kilometers (136 miles) where it meets the Atlantic Ocean. This very large estuary separates Argentina and Uruguay and is home to the ports of Buenos Aires and Montevideo, their respective capital cities. The tan-brown patch near the center of the image is sediment carried by the river; it is a hazard to navigation and must be dredged periodically in order to keep the port of Buenos Aires open for shipping. The River Plate is habitat for La Plata (also known as Franciscana) dolphins , a very rare species and one of the smallest cetaceans or whales in the world. This elusive and largely solitary species prefers shallow coastal waters, where they are sometimes accidentally caught and killed in shark nets. Also visible in the image (lower right corner) is a portion of a phytoplankton bloom, perhaps fed by riverine sediment transport.