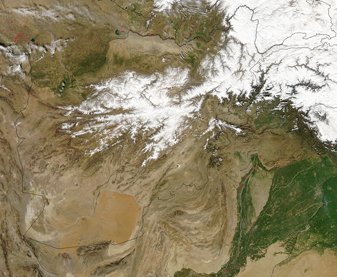 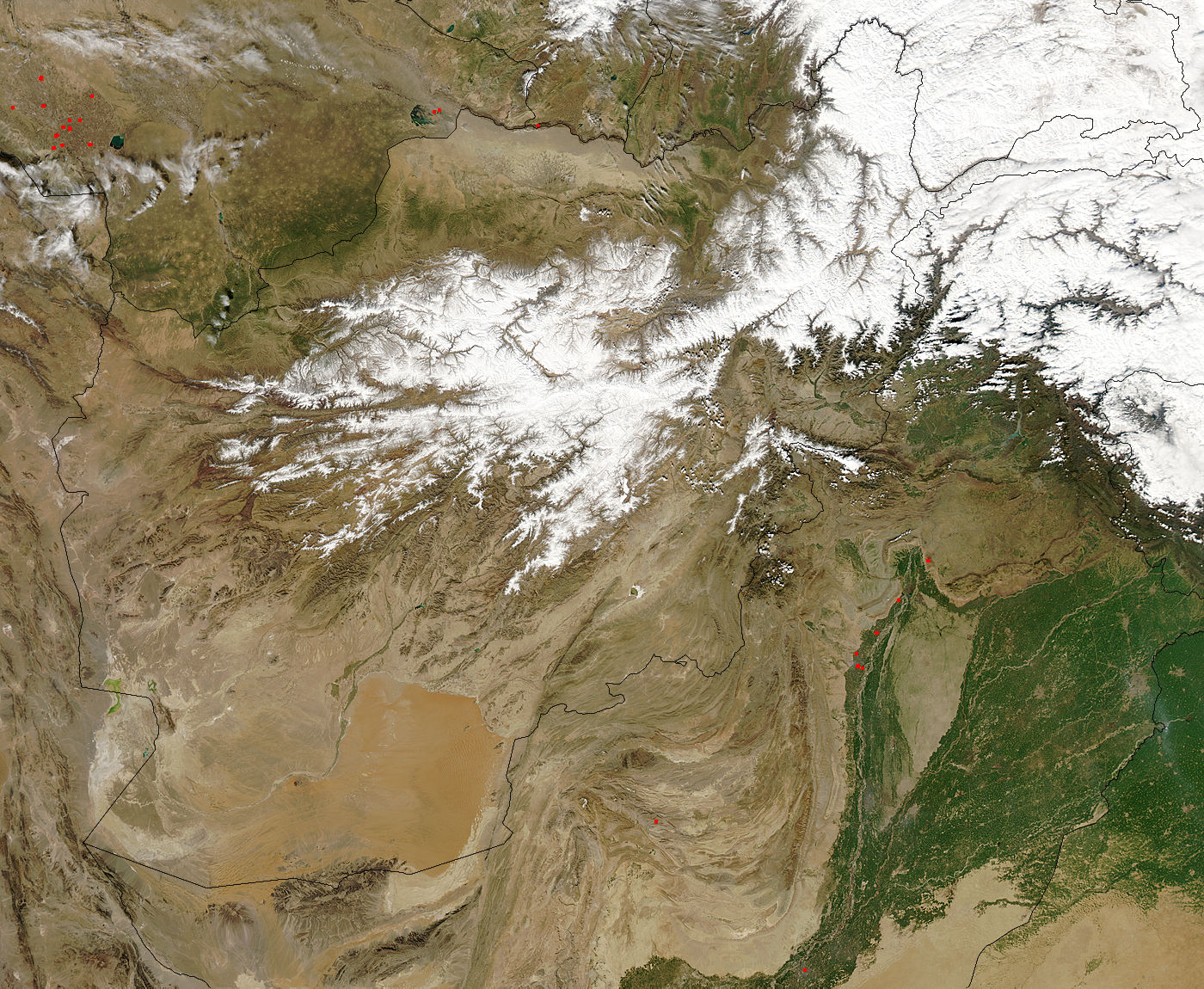 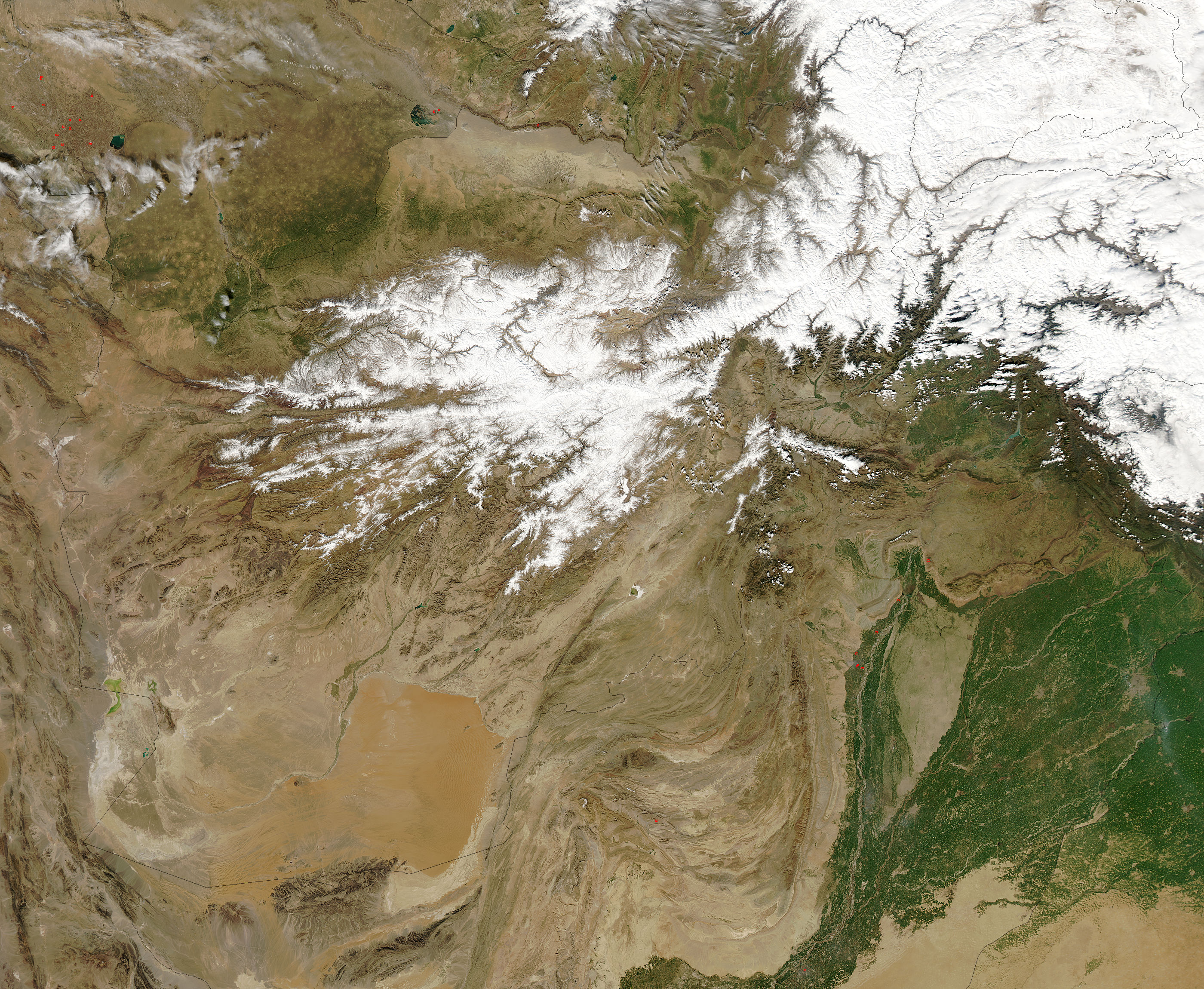 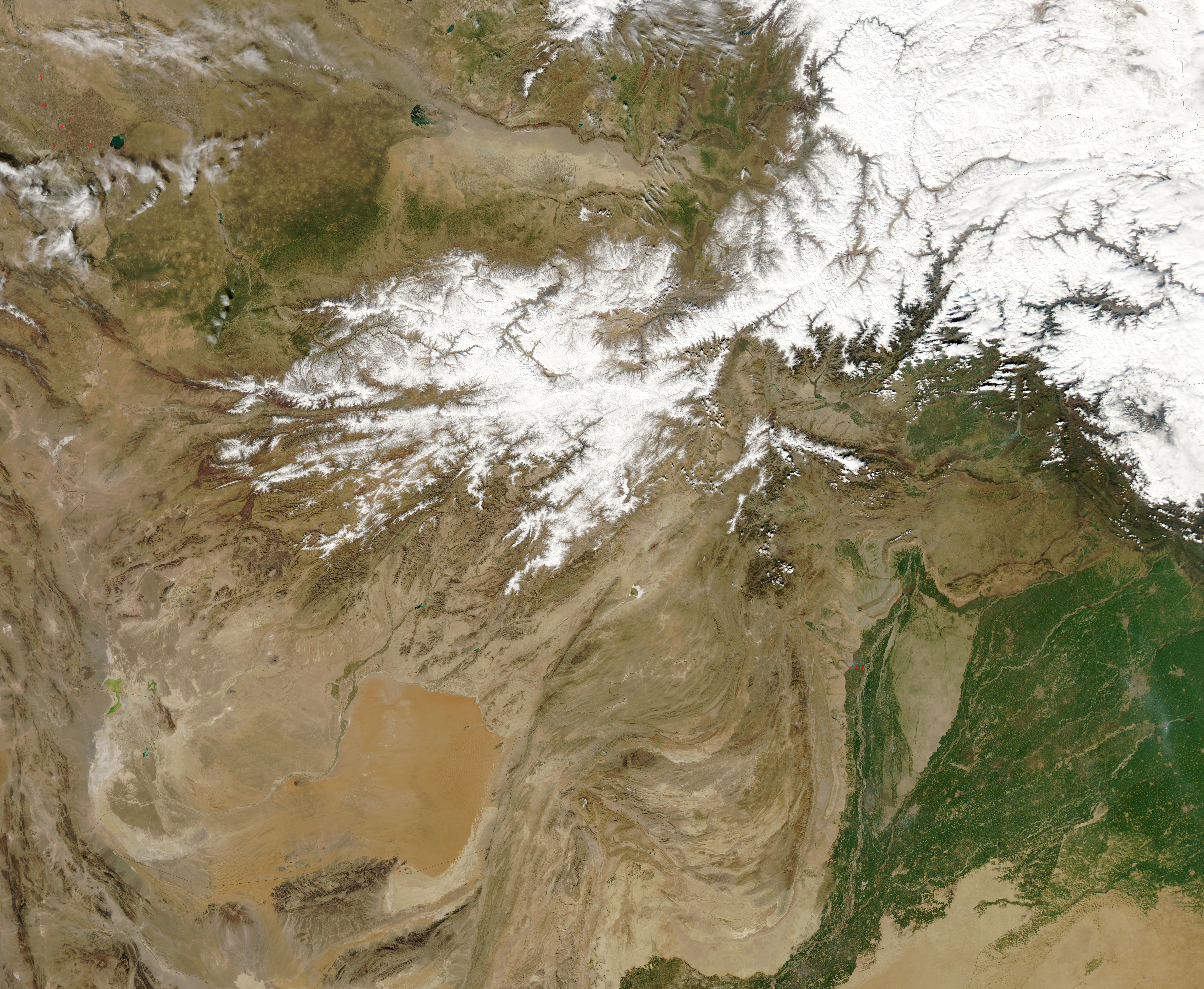 A dense pack of snow and ice covers the rugged, mountainous landscape of Afghanistan in this image acquired on February 27, 2006. MODIS images such as this one are an important tool used to measure snowfall; snow melt from the mountains of Afghanistan is an important source of the country’s fresh water supply. Snow is also a major natural hazard in this region, causing the loss of human life and creating often impassable barriers to navigation – an important consideration for the U.S. military’s ability to conduct Operation Enduring Freedom. Satellite images aid the military by providing improved weather forecasting. According to the National Oceanic and Atmospheric Administration (NOAA), the Air Force Weather Administration places a great deal of importance on the near real-time imaging capability that MODIS provides. Typical weather forecasts for accessible areas are based on variety of sources, including land and sea-based stations, daily atmospheric soundings, aircraft data collection, hourly surface observations, and satellite data. However, in remote or rugged terrain – or on battlefields – some of these data sets are simply not available. Satellite imagery then becomes a critical source of information for these areas.