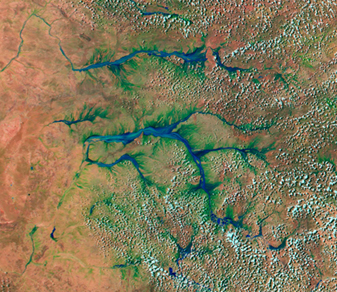 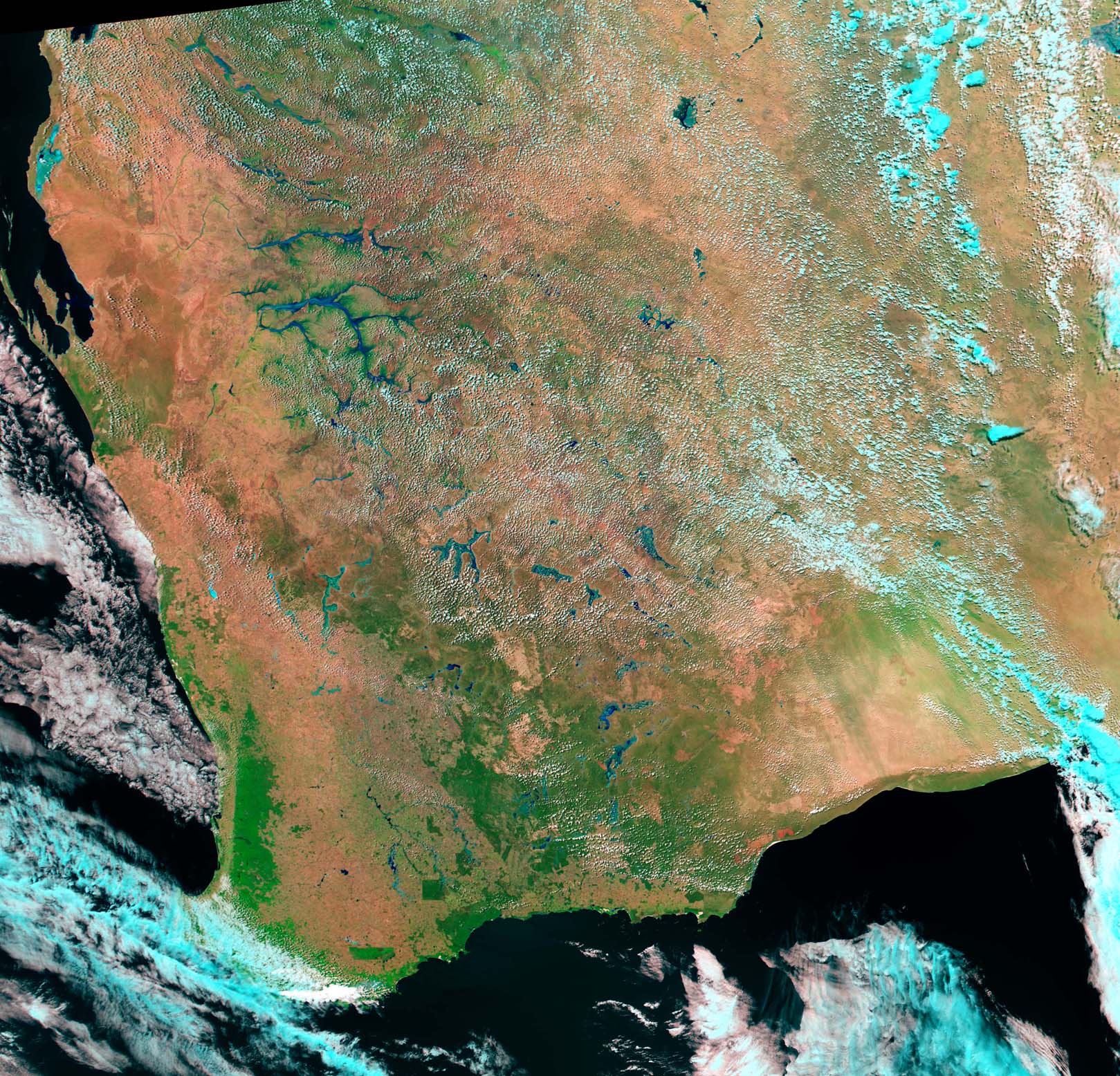 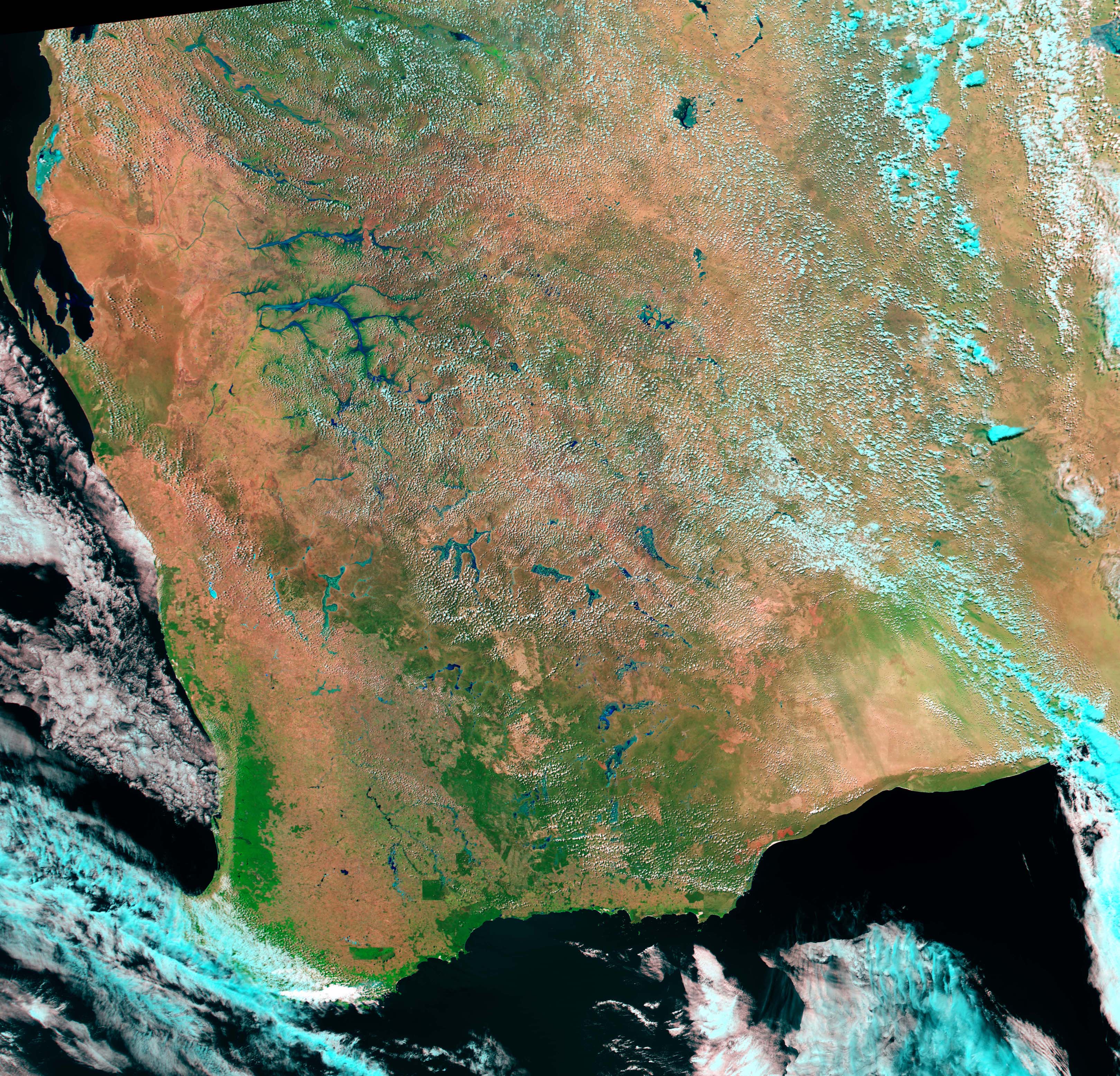 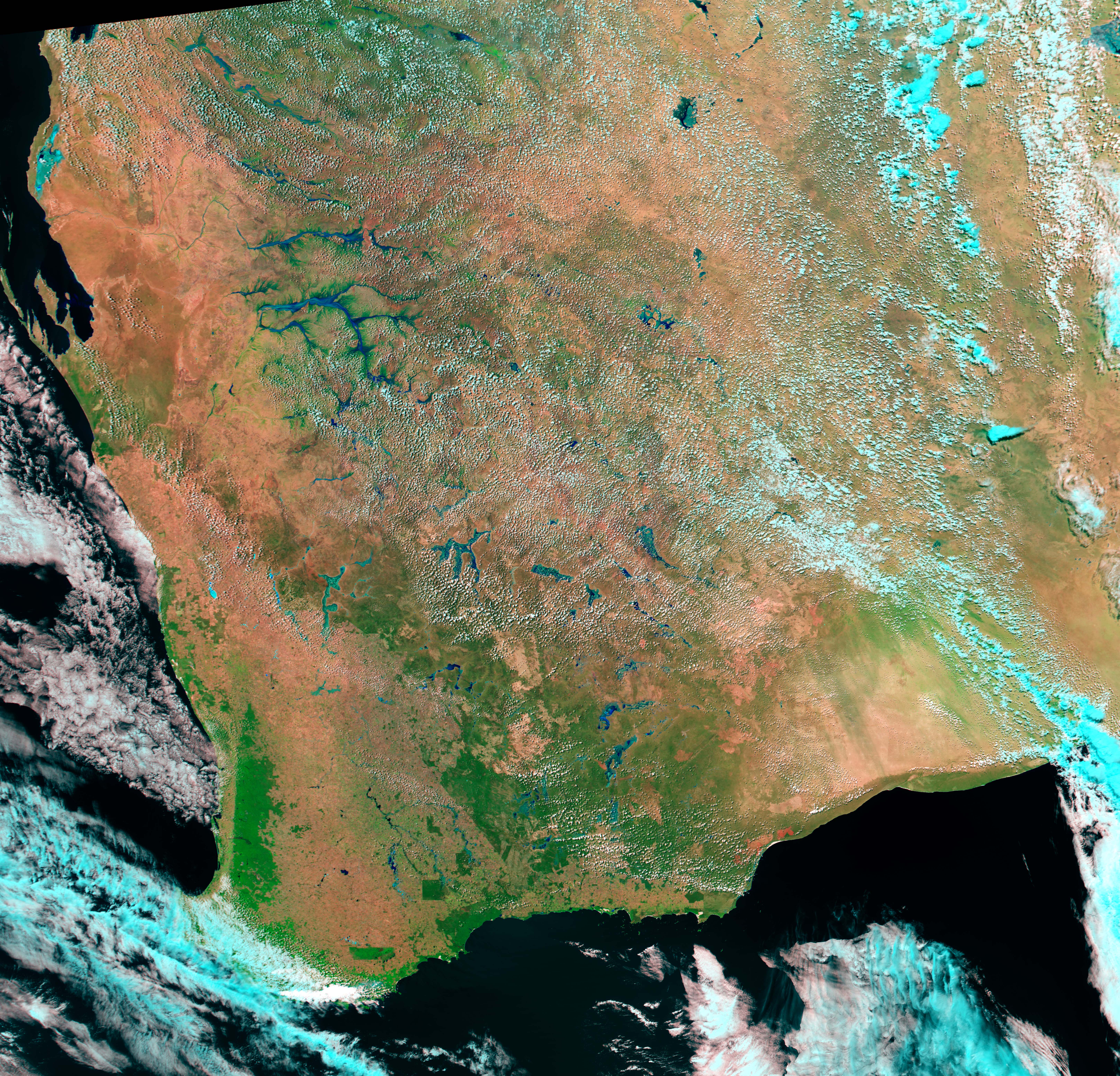 As cyclones go, Cyclone Emma was weak, forming just before coming ashore with winds gusting to less than 49 knots or 56 miles per hour (1 knot = 1.15 mph). The storm did, however, drape itself over the whole of Western Australia on March 1, 2006, bringing a deluge of rain. In the midst of its wet season, the region was already soggy when Emma came ashore, and the storm’s heavy rains triggered widespread flooding. Water spilled out of river basins and filled seasonal lakes across the state on March 2, when the Moderate Resolution Imaging Spectroradiometer (MODIS) on NASA’s Aqua satellite acquired the image that first appears when you open this page. In this image, the rivers and streams in the Murchison and Gascoyne River Basins have expanded into satiny ribbons of dark blue, with pale blue streaks formed by muddy channels. These rivers are in central Western Australia, east of Shark Bay and well inland from where the storm first struck, but similar floods are apparent throughout the state in the large image. In the ten days that passed between when the first and second (the one that appears when you place your mouse over the first; it was acquired by Terra) images were taken, plants have clearly flourished with the late summer rains. The brushes of green on the arid tan and pink landscape expanded, particularly around the rivers, which almost appear to be glowing in a halo of green by March 2. Popcorn clouds drifting over the flood region are pale blue in this false-color satellite image.