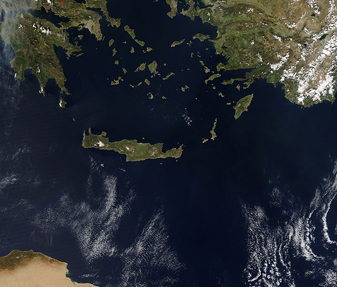 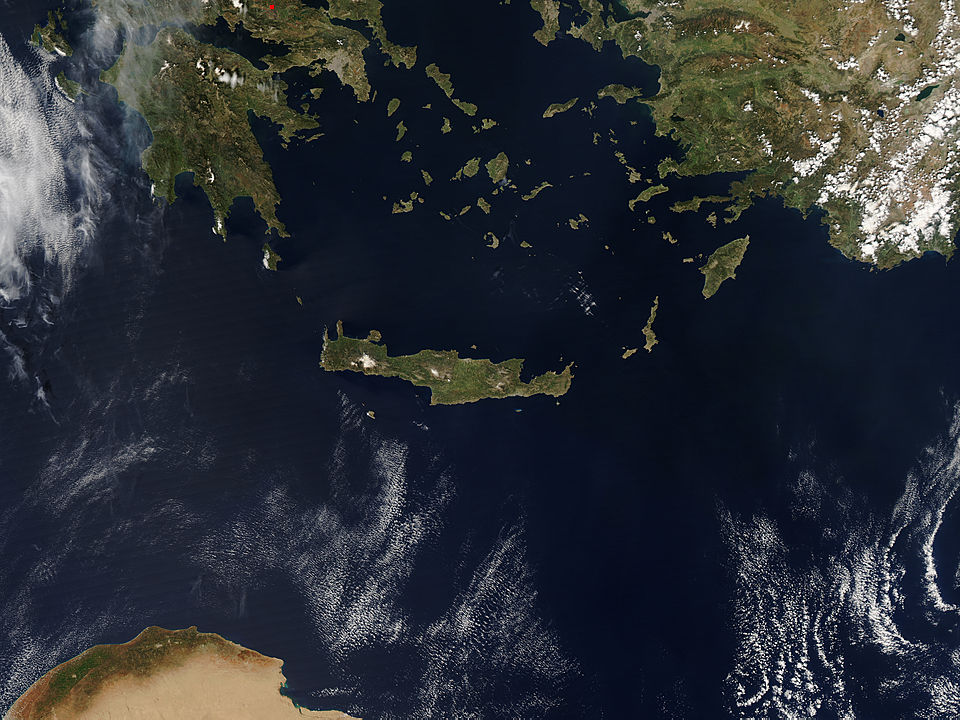 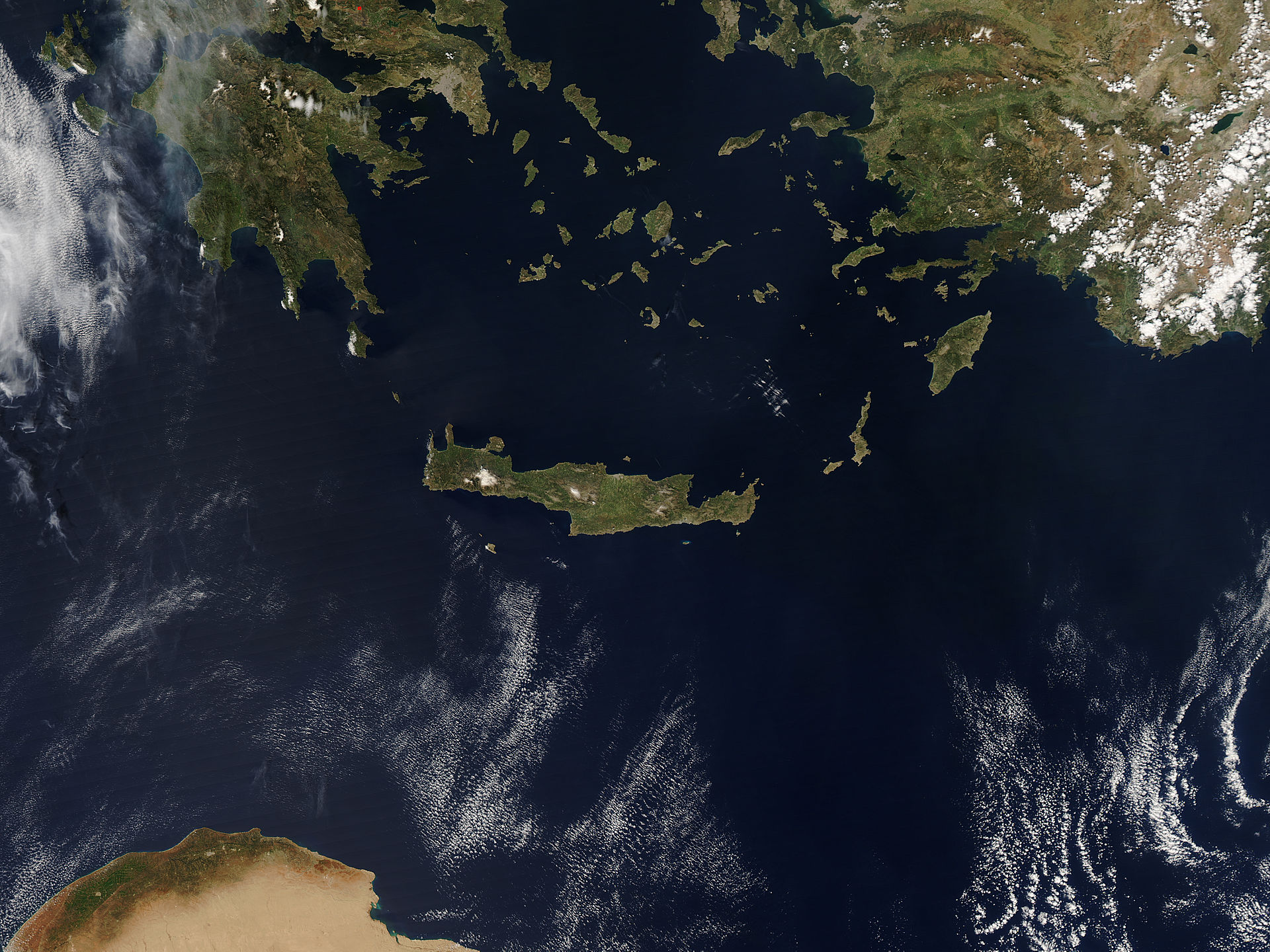 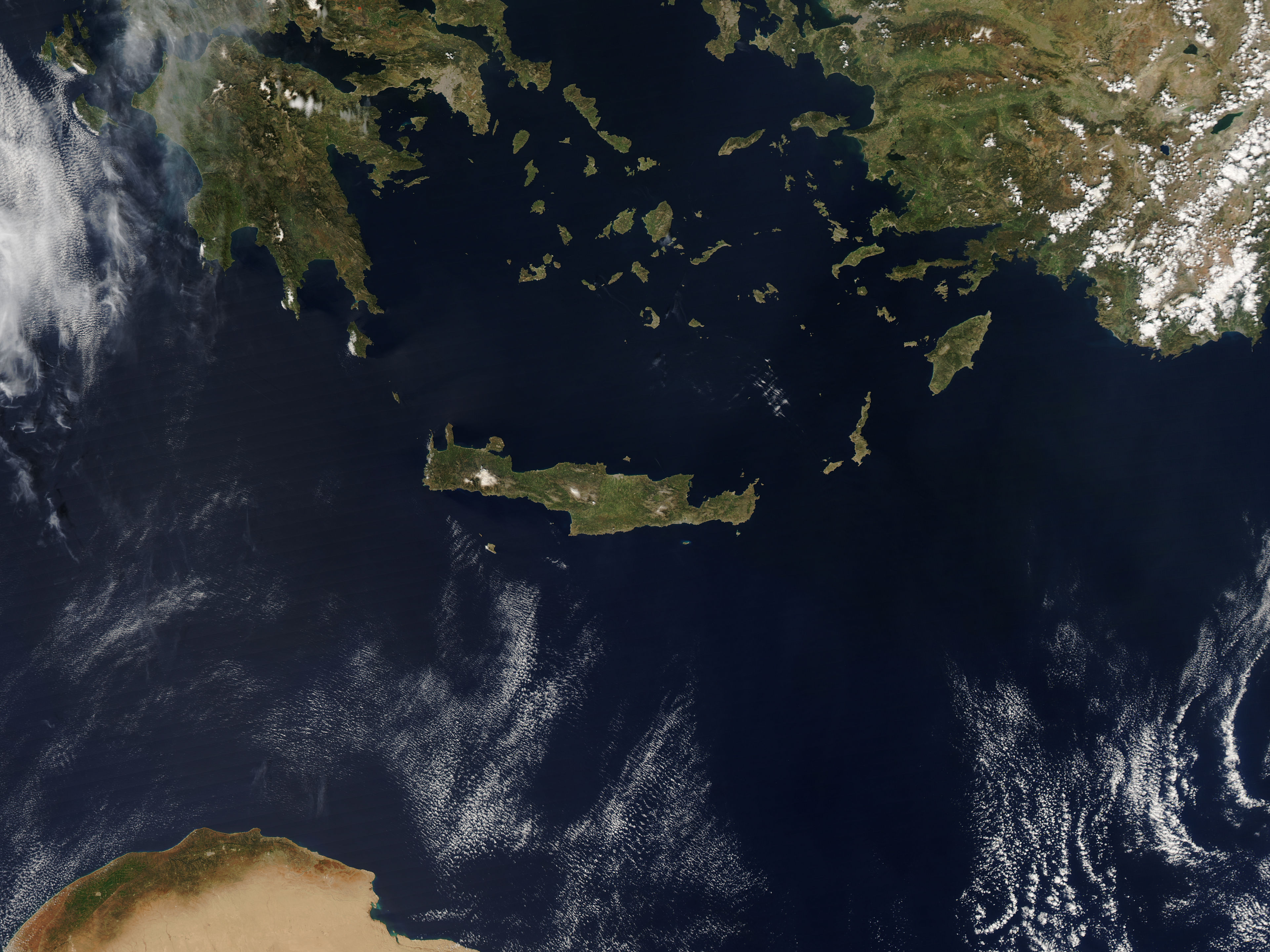 Crete, the largest island belonging to Greece, is featured in this image acquired on March 28, 2006. The mainland portion of Greece, numerous other Greek isles, and Turkey are also visible in the image, distributed across the top of the image from left to right, respectively. A small portion of Africa (Libya’s Banghazi region) can also been seen in the bottom left corner. Researchers from Greece’s Foundation for Research and Technology, Institute of Applied and Computational Mathematics and the University of Athens have used MODIS images such as this one to study the island and the surrounding Aegean Sea. N. Chrysoulakis, P. Prastacos and C. Cartalis quantified the influence of topography on the amount and distribution of solar radiation reaching the surface; the island is extremely mountainous, making it a perfect “natural laboratory” for such studies. Other researchers have used MODIS, in junction with other Earth-observing satellites, to measure wave heights and currents in the Aegean, improving our understanding of how the oceans influence global climate.