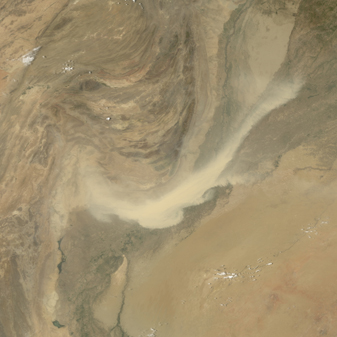 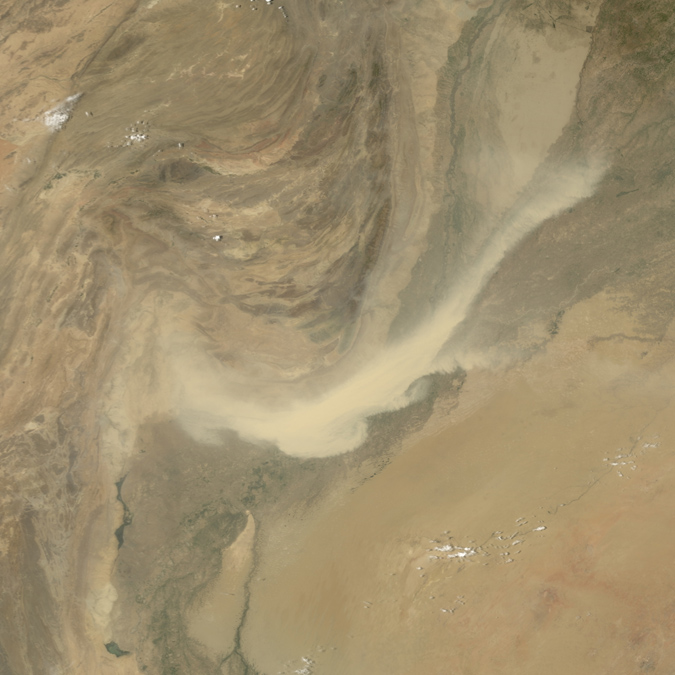 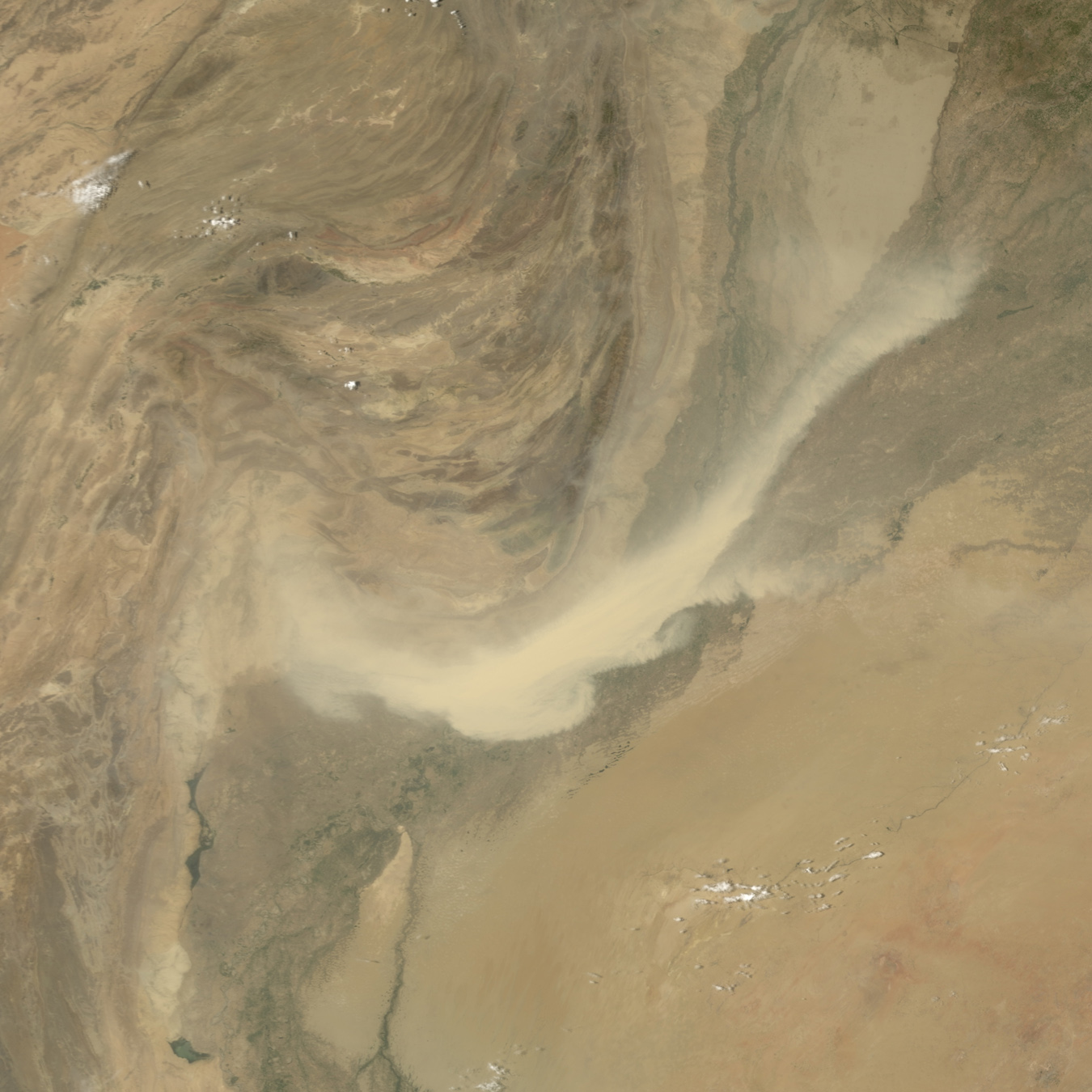 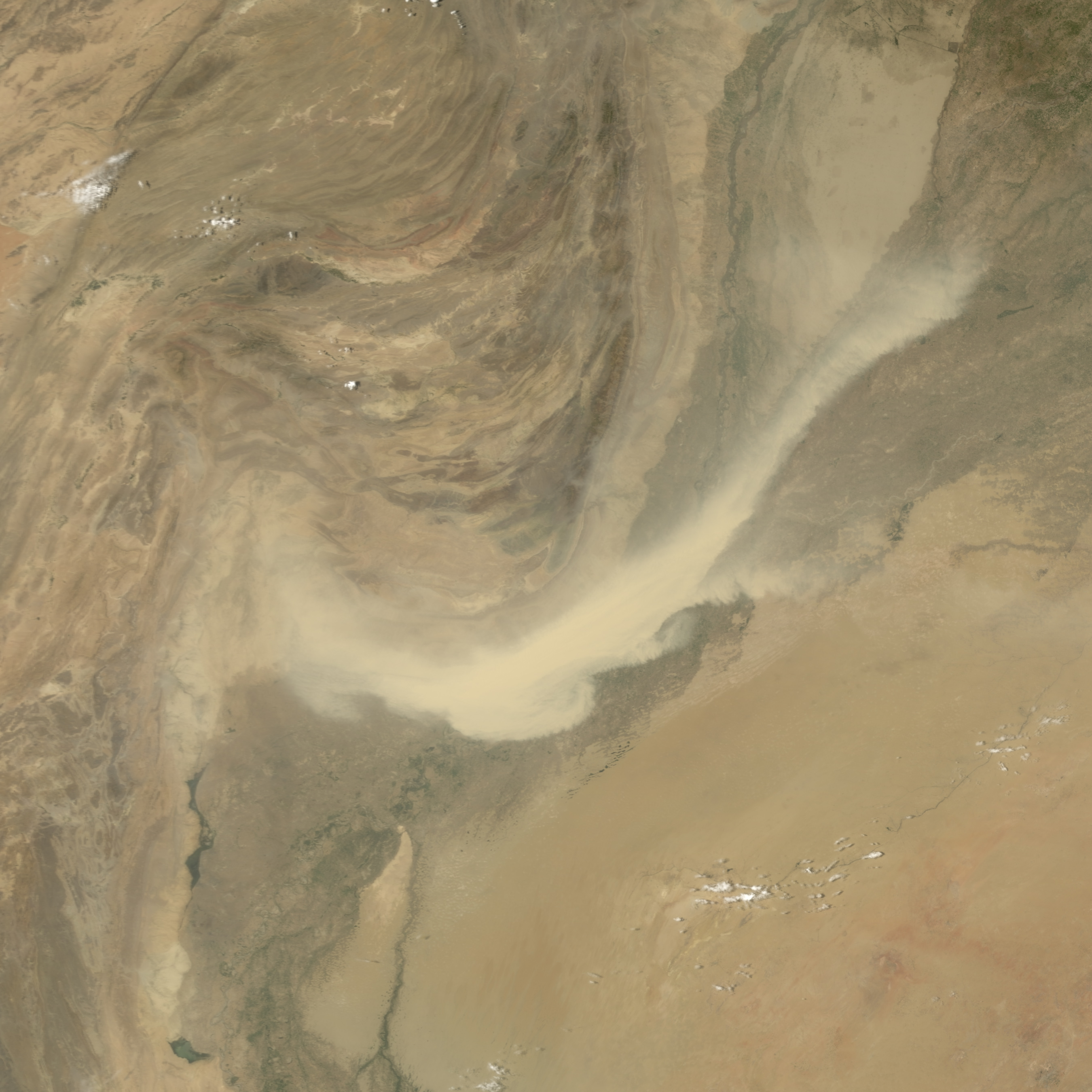 Another dust plume swept through Pakistan on May 25, 2006. The MODIS on NASA's Terra satellite took this picture the same day. In this image, the dust plume appears as a pale beige cloud. Under the dust cloud, the Indus River Valley appears in darker shades of brown. The region is home to sand deserts and high springtime temperatures, both of which contribute to dust storms. According to news reports, Pakistan suffered a severe heat wave in May 2006.