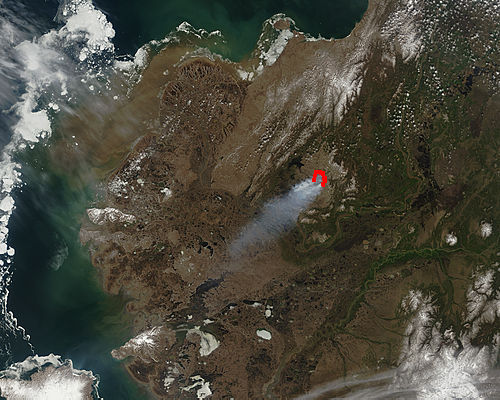 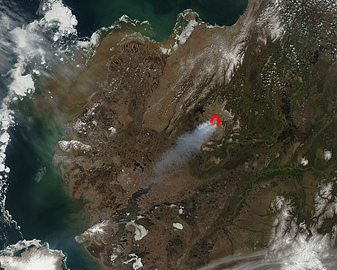 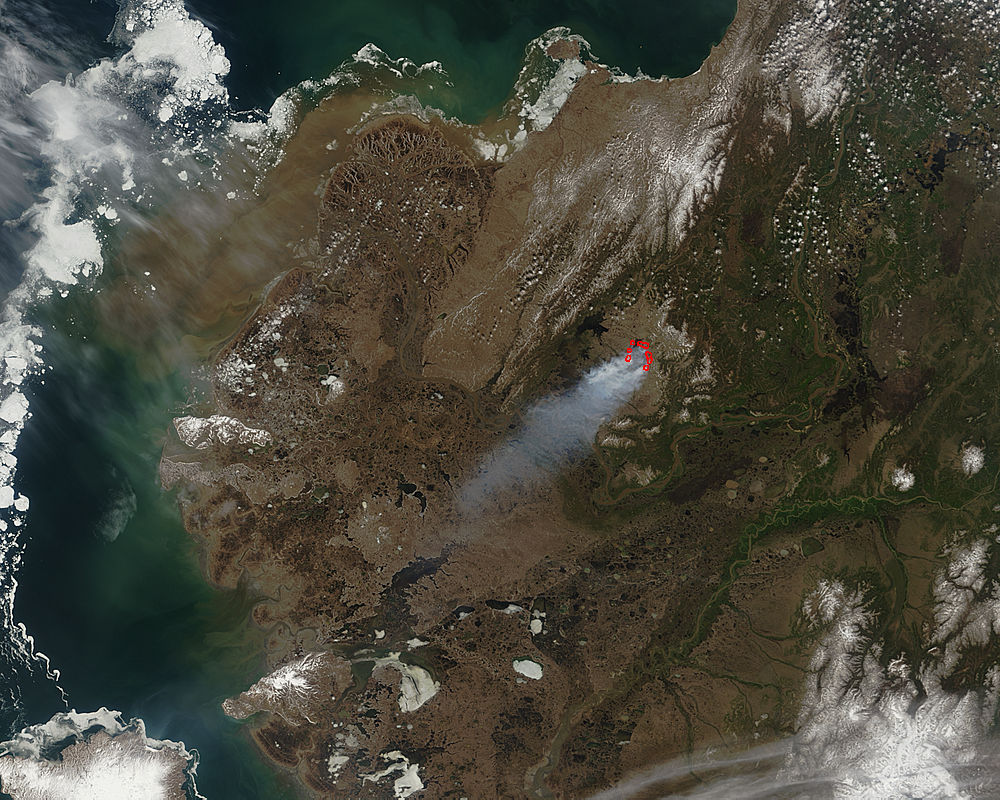 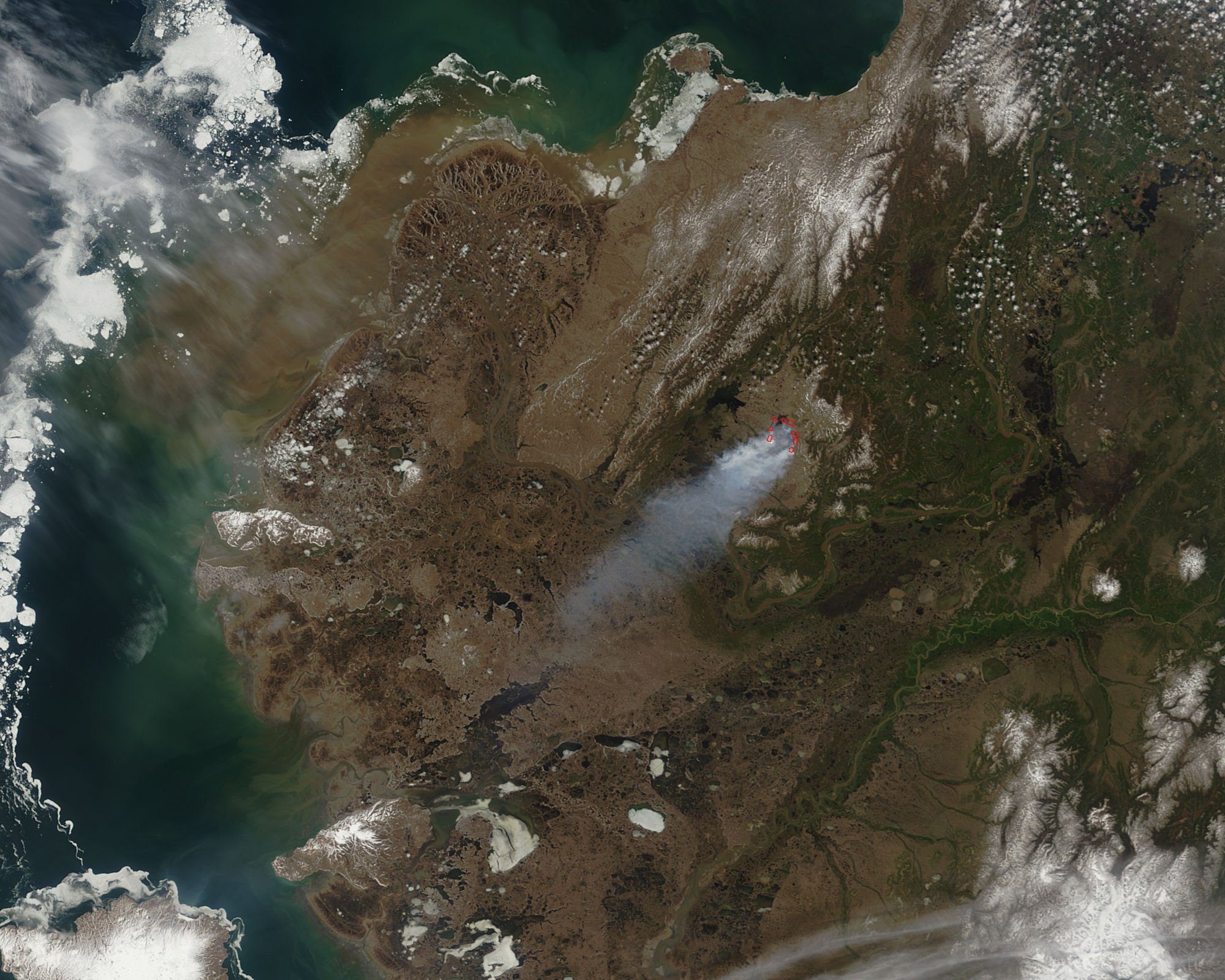 This image of the Neegethluk River Fire was captured June 4, 2006 by the MODIS on the Terra Satellite. This fire was started by lightening, sometime at the end of May, though the fire wasn't discovered until May 31st. By June 5th, the fire had grown to 2500 acres!