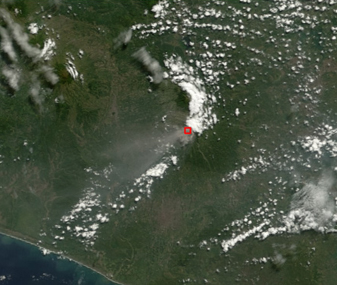 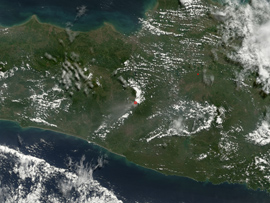 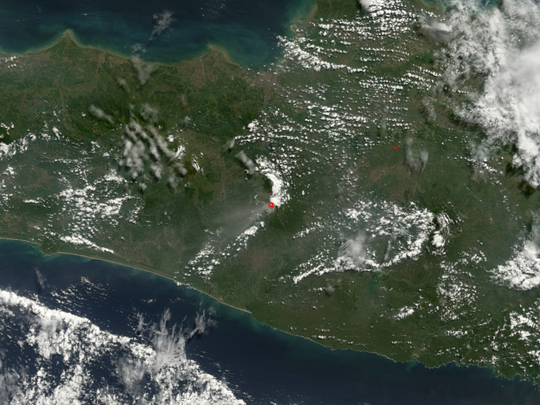 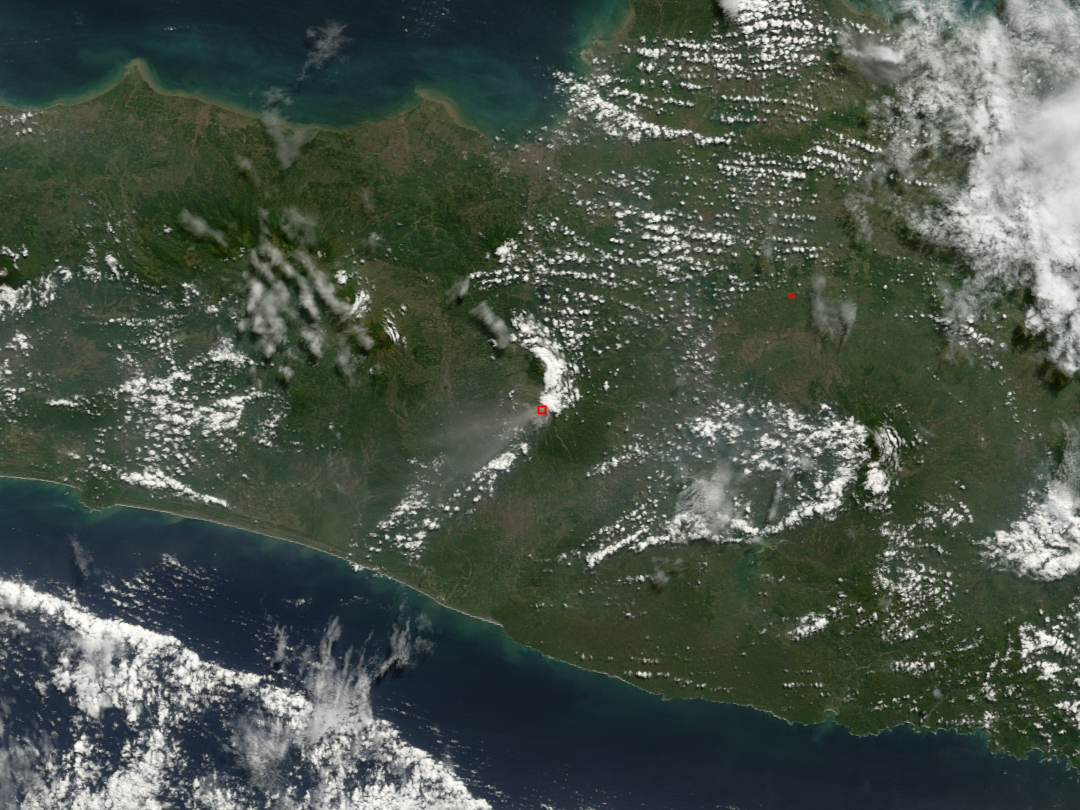 This is an image of Mount Merapi, acquired by the MODIS on the Terra satellite on June 6, 2006. A red square marks the volcano’s summit; this “hotspot” is where the satellite sensor detected unusually warm surface temperatures. A gray plume emerges from the summit and blows westward away from the volcano, gradually dissipating as it goes. Clouds also appear in the region, distinguishable from the plume by their opaque white appearance.