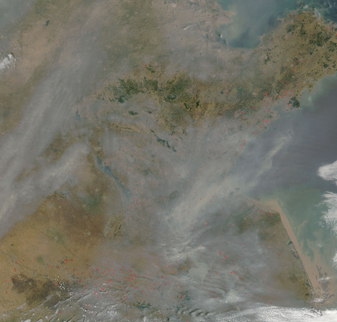 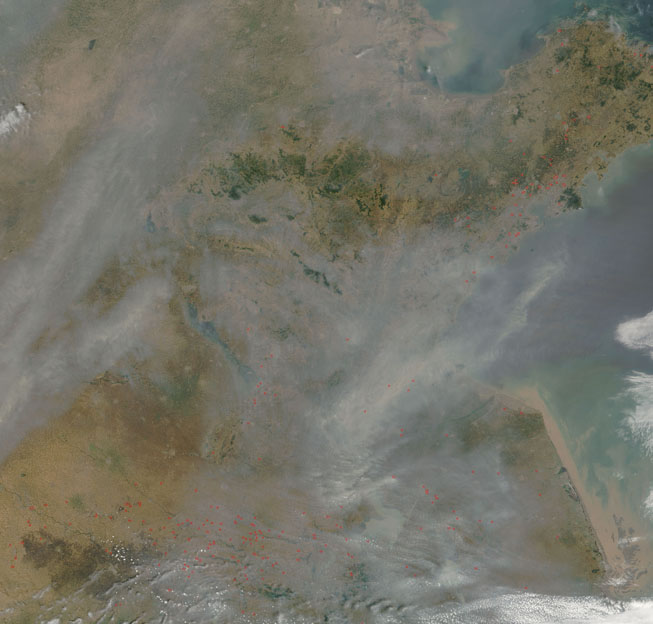 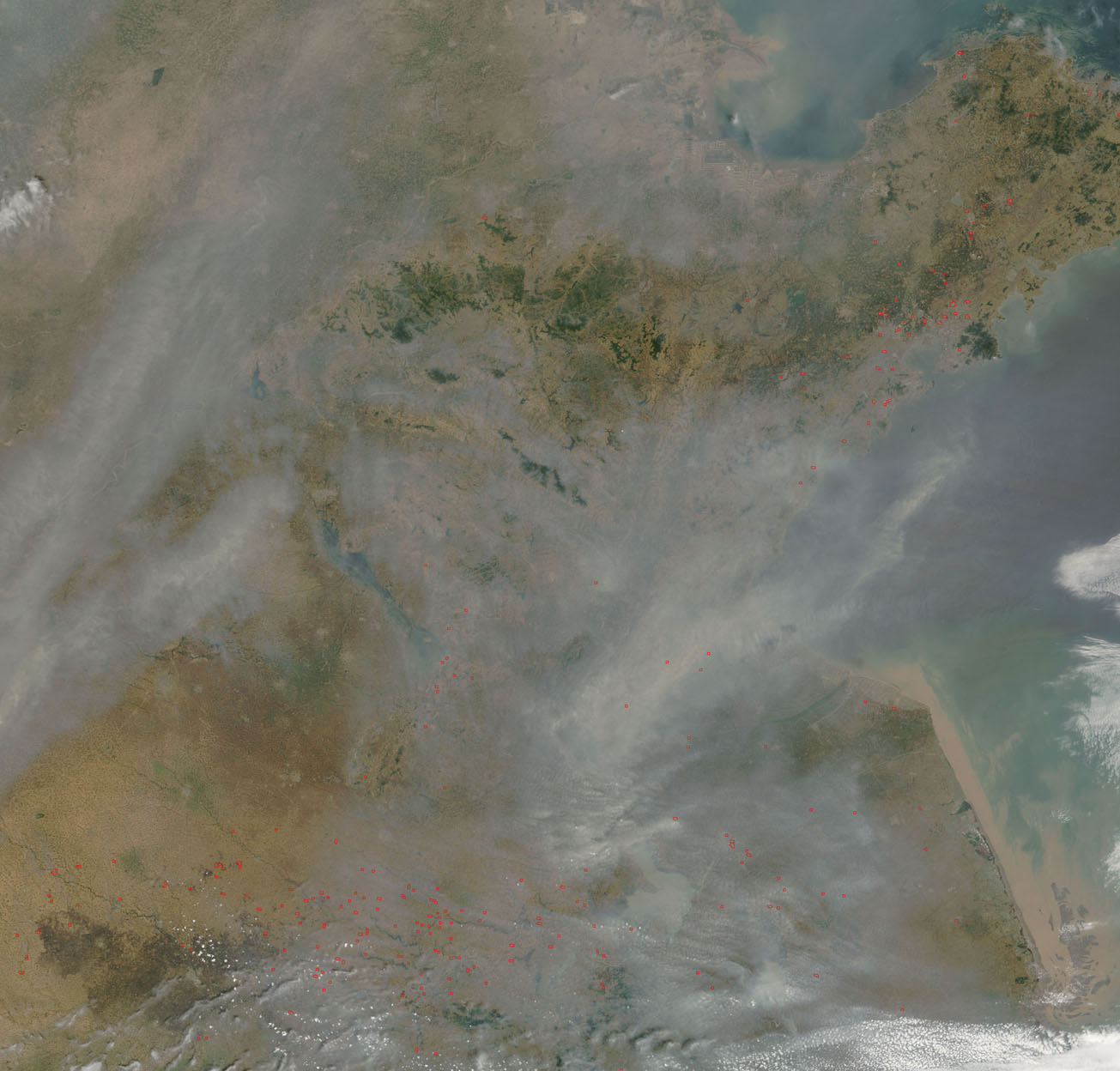 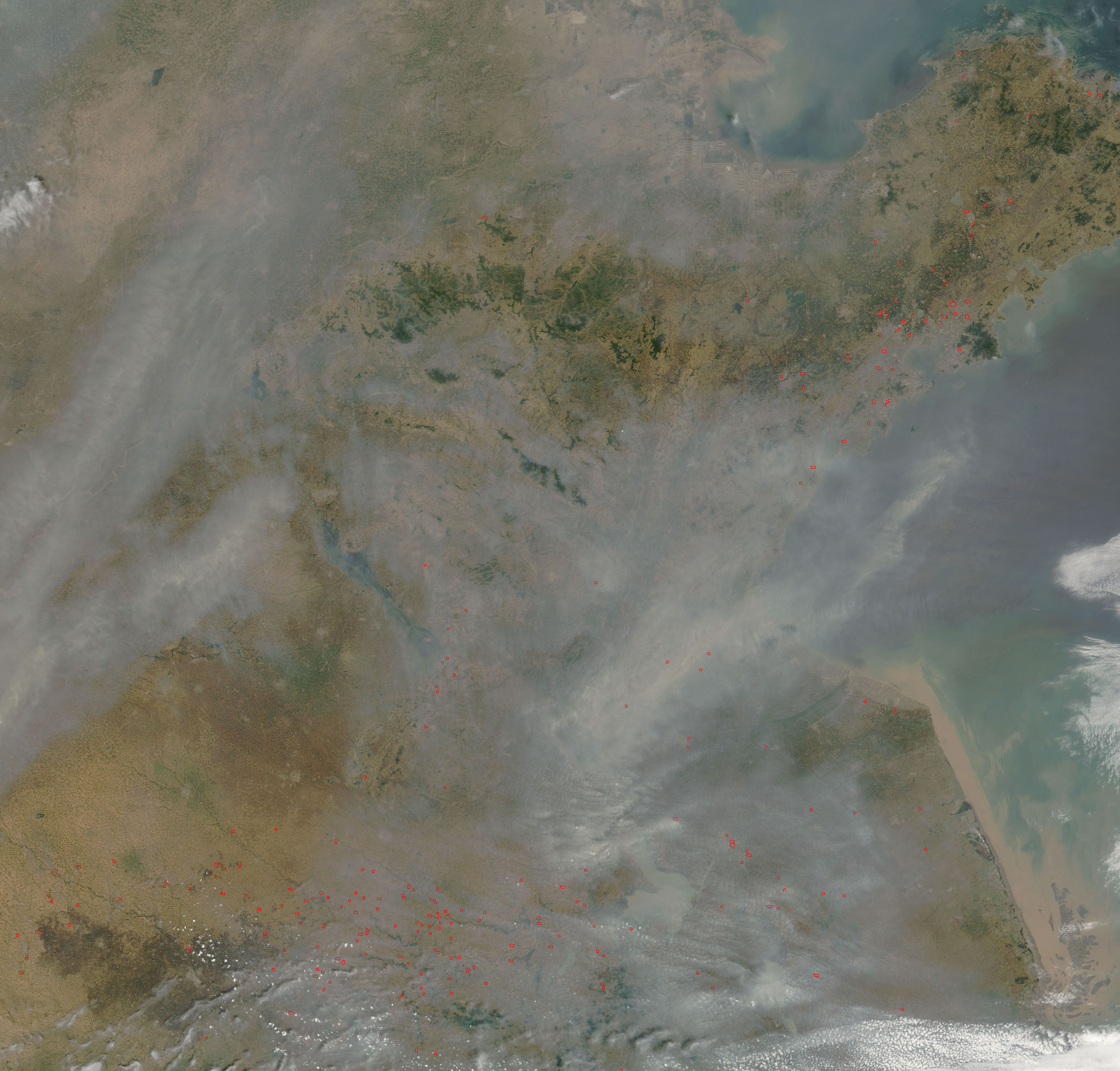 Streaks of thick haze were draped over the North China Plain when the MODIS captured this photo-like image on June 4, 2006, from NASA’s Terra satellite. Though it is not possible to tell the source of the haze from a photo-like image like this one, there are several likely contributors. First, dozens of fires, marked in red, are scattered across the southern edge of the plain. A light pall of gray haze lingers over the largest cluster of the fires below the center of the image (more clearly seen in the large image), hinting that smoke may be contributing to the haze. The Foreign Agricultural Service (FAS) expected China’s winter grain harvest to peak during the first two weeks of June, and it’s likely that the fires were started by farmers burning the stubble off their fields after harvest.