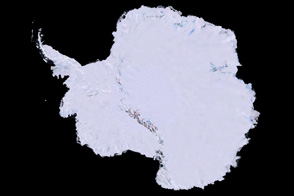 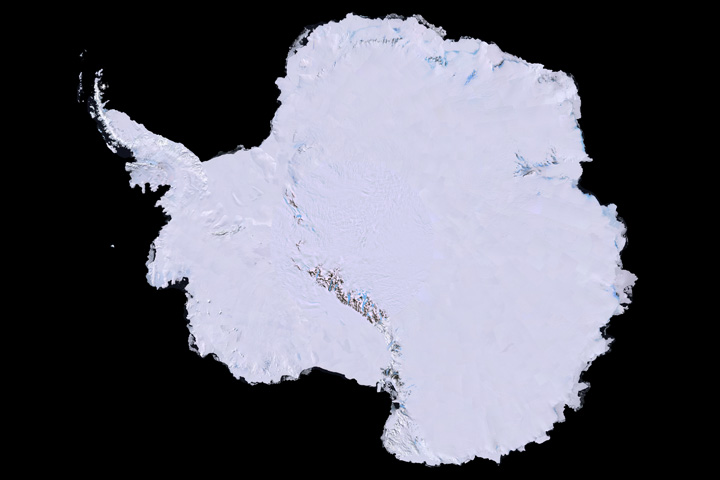 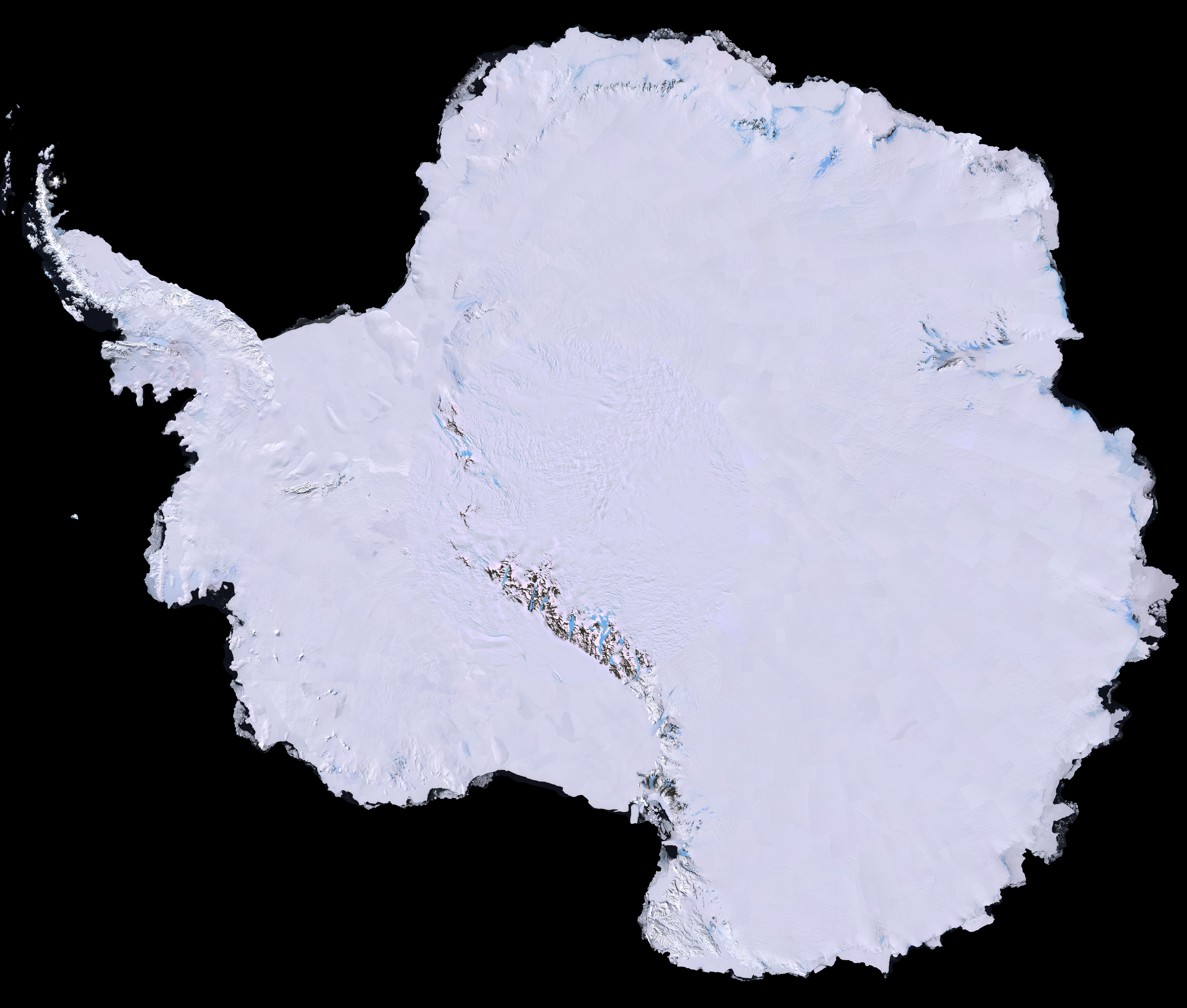 The world’s first high-resolution, three-dimensional, true-color map of Antarctica was built from more than 1,100 images from the Landsat 7 satellite. To create the Landsat Image Mosaic of Antarctica (LIMA), scientific visualizers combined Landsat 7 scenes (acquired between 1999 and 2001), a digital elevation model, and field data measurements. It took years to stitch the whole thing together for release in 2007.

NASA worked with the USGS, the National Science Foundation, and the British Antarctic Survey to create the map of the highest, driest, coldest, windiest, and brightest of Earth’s seven continents. The composite, continental view and all the individual scenes in it are now available on the Internet, free of charge.

“This is something that would have been impossible without Landsat,” says Thomas Loveland, a scientist with the U.S. Geological Survey (USGS). “LIMA was the first comprehensive and high-resolution view of one of the most remote regions on Earth.”

This new view of Antarctica led to a surprising discovery about one of the continent’s iconic species: the Emperor penguin. “We were able to find entirely new colonies of Emperor penguins by looking at the Antarctica coastline from space,” says Peter Fretwell, a geographic information scientist at the British Antarctic Survey. Fretwell and colleagues were viewing hundreds of LIMA scenes to map a section of the Antarctic coastline when Fretwell noticed an unusual feature: “I could see brown stains in the LIMA imagery.”

Those brown stains indicated where colonies of Emperor penguins were breeding. “We started going around the whole of the coastline, using about 200 scenes, looking for these dark areas,” Fretwell says. By measuring the stains, Fretwell and his colleagues ultimately discovered 10 completely new colonies and pinpointed the location of six previously known ones, ultimately mapping the location of 38 Emperor penguin colonies across the entire continent. “It was a serendipitous discovery. If this data wasn’t free, we would have never been able to do our research.”

Researchers also have used the Landsat Image Mosaic of Antarctica to track the continent’s mighty glaciers. Landsat captured the telltale “flow stripes” of slow-moving rivers of ice as they crept, ever so slowly, across the continent. LIMA’s true-color imaging also showcases one of Antarctica’s most fascinating features—blue ice. These ice crystals are larger than average snow crystals, making their absorption of red light, and reflection of blue light, more obvious.

LIMA also shows quite clearly the Pine Island Glacier, a massive river of ice that's 190 miles wide and 30 miles long (306 kilometers by 48 kilometers). Continuous measurements by Landsat and other satellites, as well as field stations, show that the entire Pine Island glacier is rapidly shrinking.