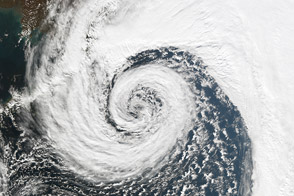 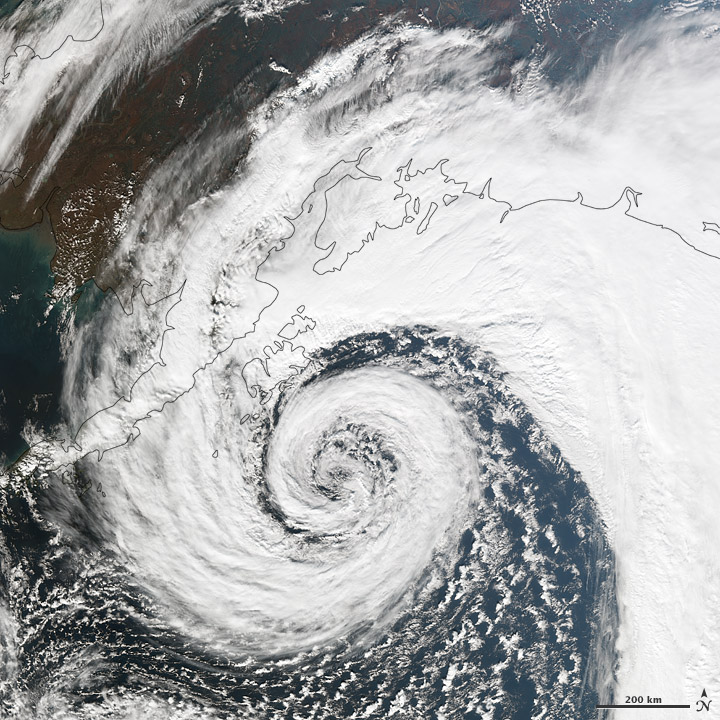 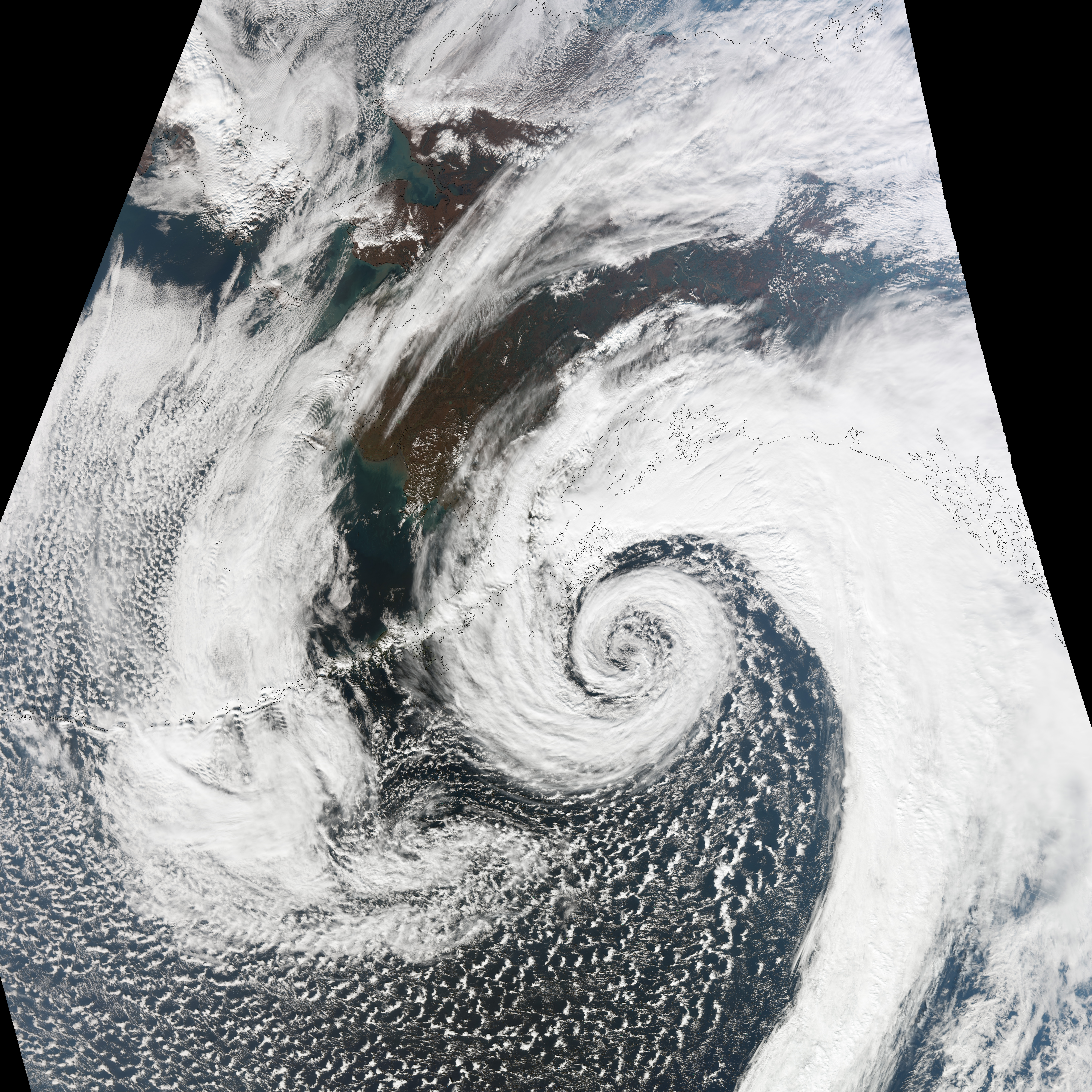 A strong extra-tropical cyclone approached the southern coast of Alaska on September 26, 2012. According to The Washington Post Capital Weather Gang, the storm had a minimum central pressure of 956 millibars, lower than that of some hurricanes.

This natural-color image was collected by the Visible Infrared Imaging Radiometer Suite (VIIRS) on the Suomi NPP satellite.

NASA image by Jesse Allen and Robert Simmon, using data from the Suomi National Polar-orbiting Partnership (Suomi NPP). Suomi NPP is the result of a partnership between NASA, the National Oceanic and Atmospheric Administration, and the Department of Defense. Caption by Robert Simmon.