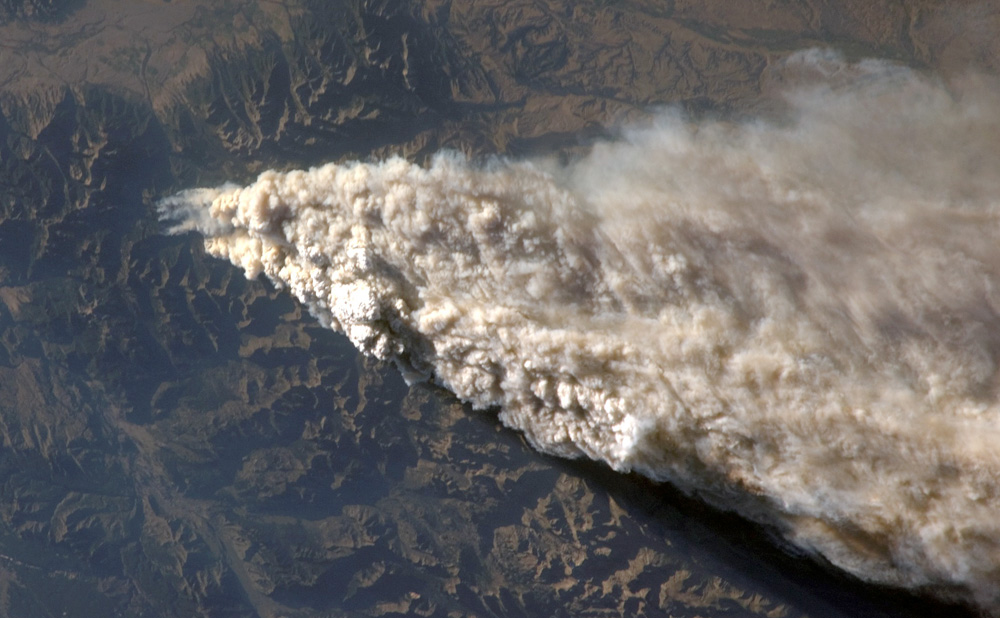 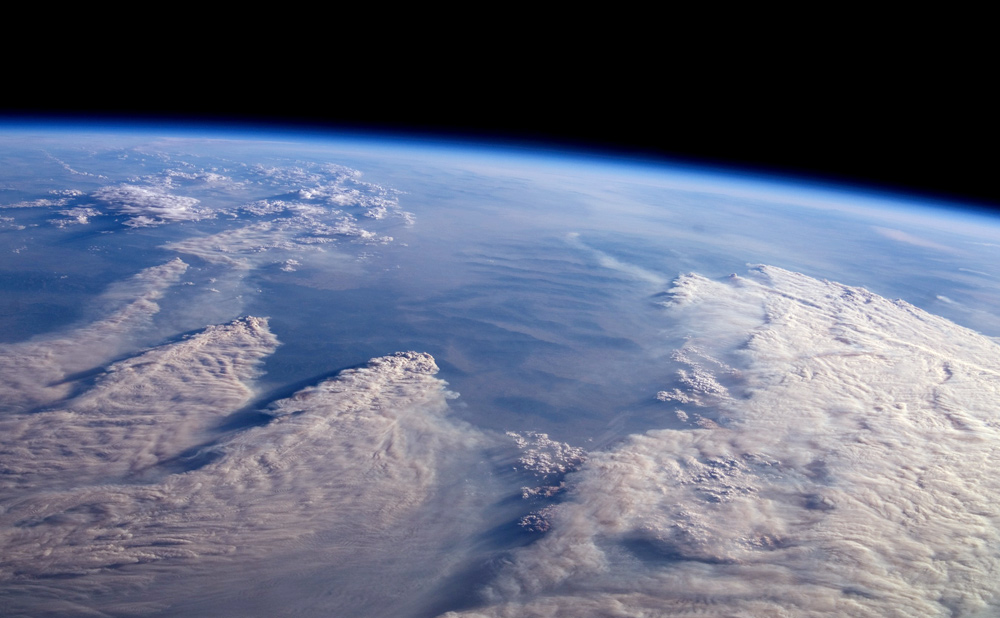 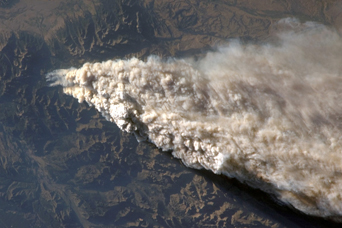 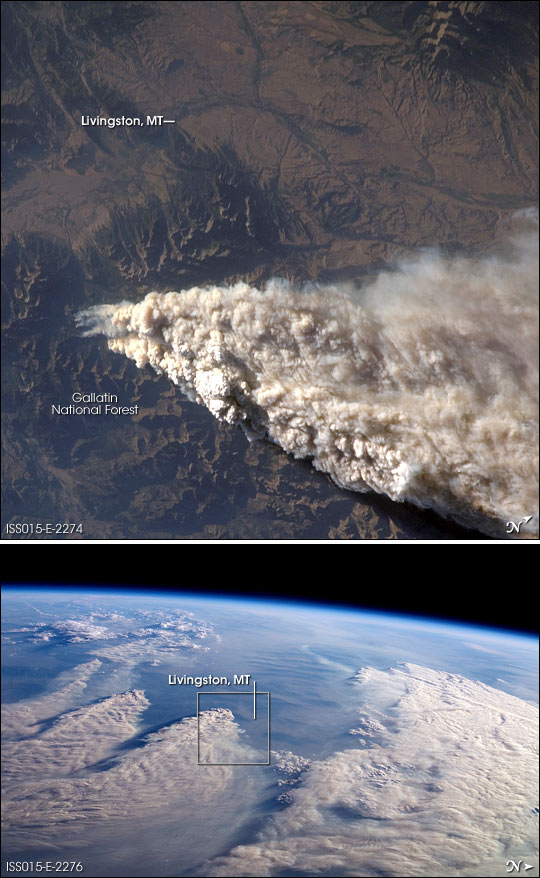 Smoke Plumes over Idaho and Montana

On August 13, 2007, while docked to the International Space Station (ISS), the crew members of Shuttle Mission STS-118 and ISS Expedition 15 reported seeing the smoke plumes from wide-spread fires across Idaho and Montana. The crew photographed and downlinked images of isolated plumes and regional views of the smoke from different perspectives.

This image originally appeared in the NASA Earth Observatory story Smoke Plumes over Idaho and Montana.

Featured astronaut photographs ISS015-E-22274 and ISS015-E-22276 were acquired by the ISS 15 crew on August 13, 2007, with a Nikon D2X digital camera using a 24–120 mm lens at 95 and 40 mm focal length respectively. They are provided by the ISS Crew Earth Observations experiment and the Image Science & Analysis Laboratory, Johnson Space Center. The image in this article has been cropped and enhanced to improve contrast. The International Space Station Program supports the laboratory to help astronauts take pictures of Earth that will be of the greatest value to scientists and the public, and to make those images freely available on the Internet. Additional images taken by astronauts and cosmonauts can be viewed at the NASA/JSC Gateway to Astronaut Photography of Earth.