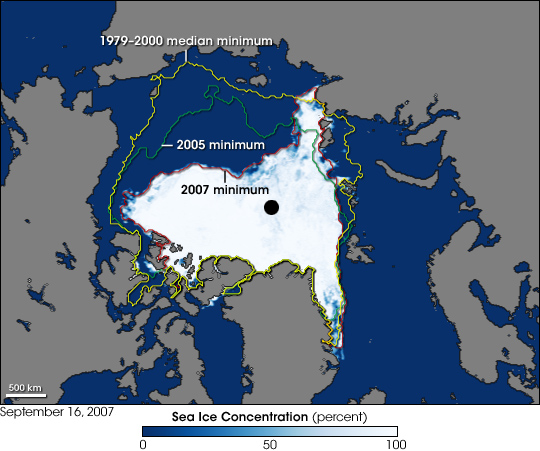 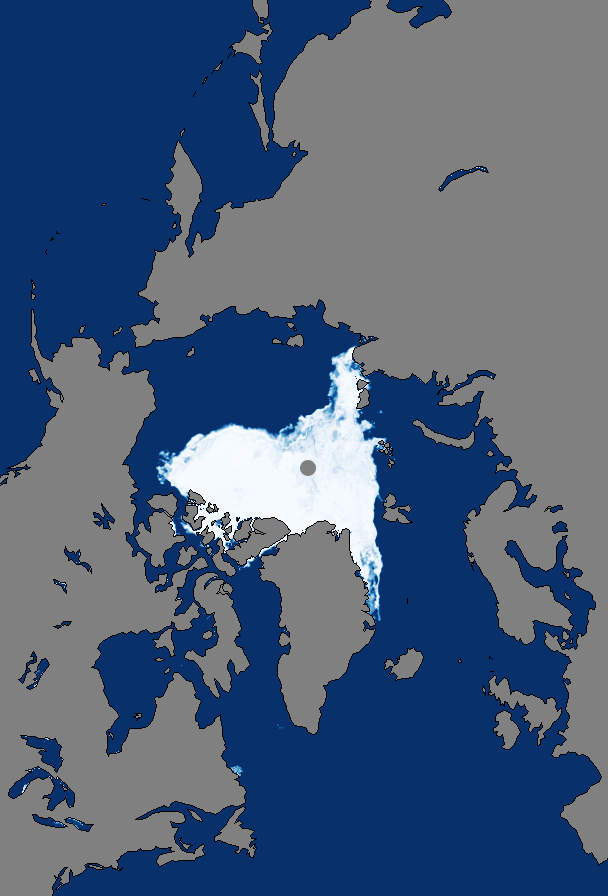 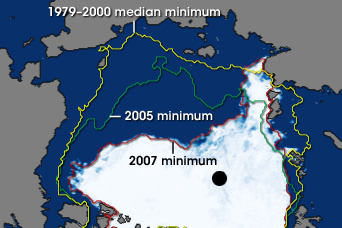 Arctic sea ice reached a record low in September 2007, below the previous record set in 2005 and substantially below the long-term average.