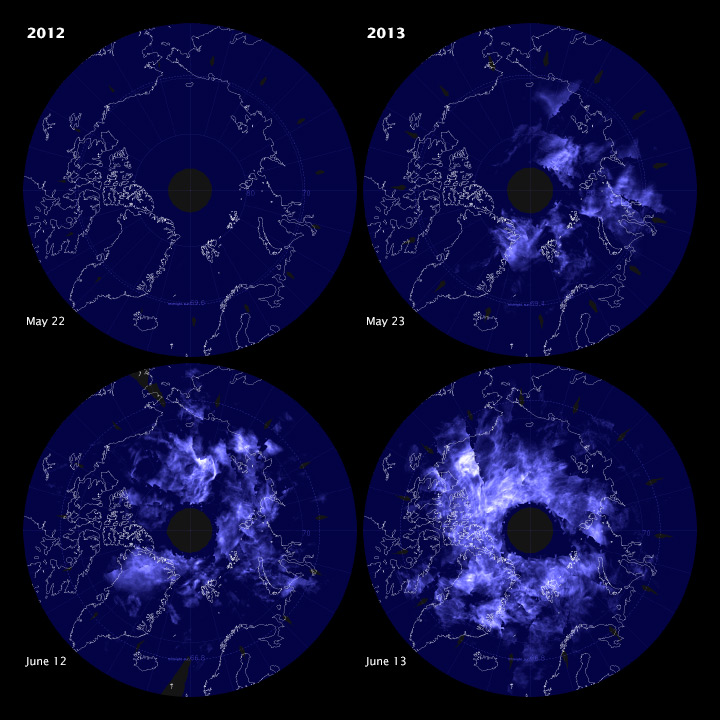 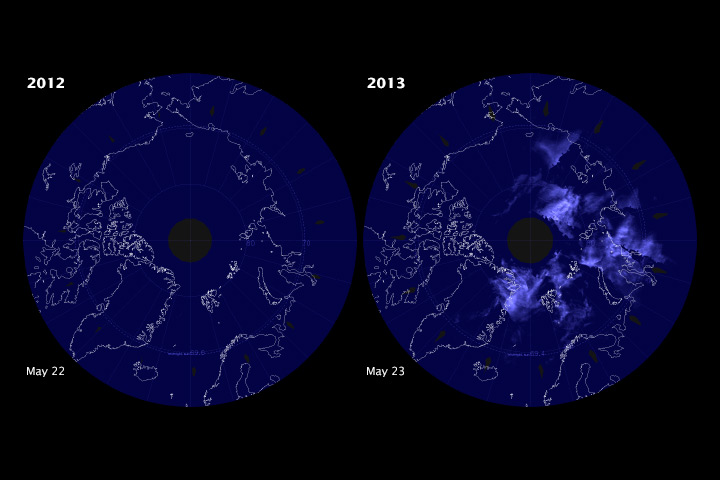 In the northern hemisphere, night-shining clouds seem to be forming earlier and spreading farther each year, as they did in 2013.