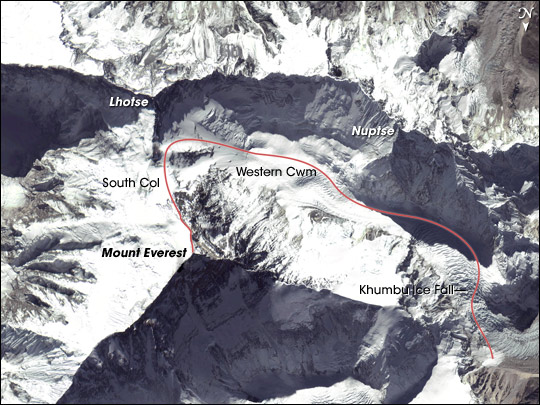 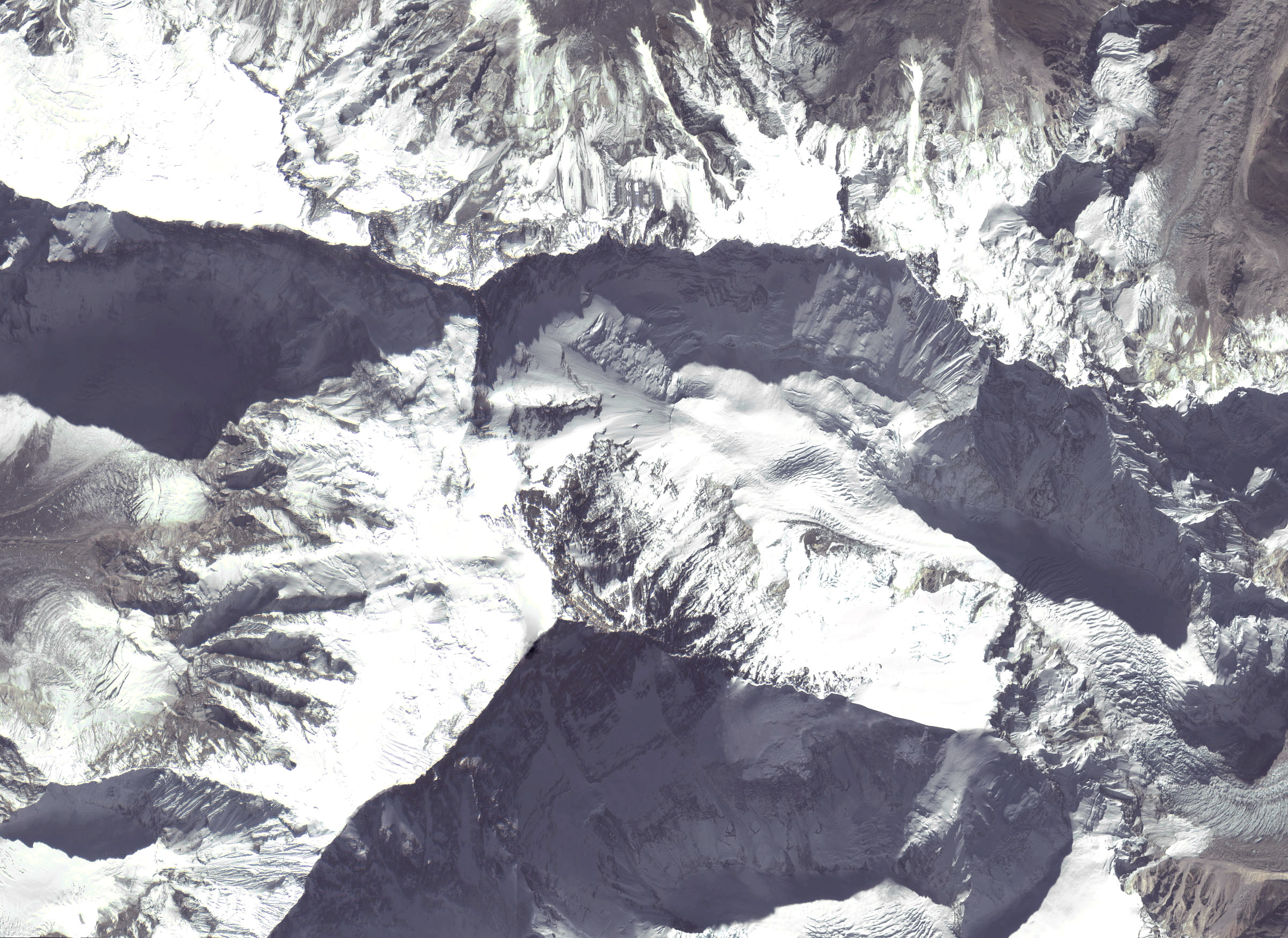 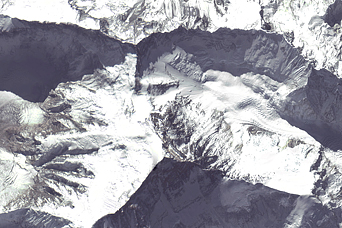 At 6:30 a.m. on May 28, 1953, Edmund Hillary and Tenzing Norgay set out from a camp high above the South Col on the Southwest Face of Mount Everest and began the ascent for which both would become famous. Fighting through snow, winding along an exposed ridgeline with drops of over 1,000 meters (3,300 feet) on either side, scrambling up steep, rocky steps, and finally climbing a sloping snowfield, the pair reached the summit at 11:30 a.m. It was the first known climb of the world’s tallest mountain.

Image by Robert Simmon, based on data © 2003 Geoeye. Caption by Holli Riebeek.


© All Rights Reserved: Use of IKONOS, GeoEye, and Digital Globe imagery must be coordinated with Digital Globe.