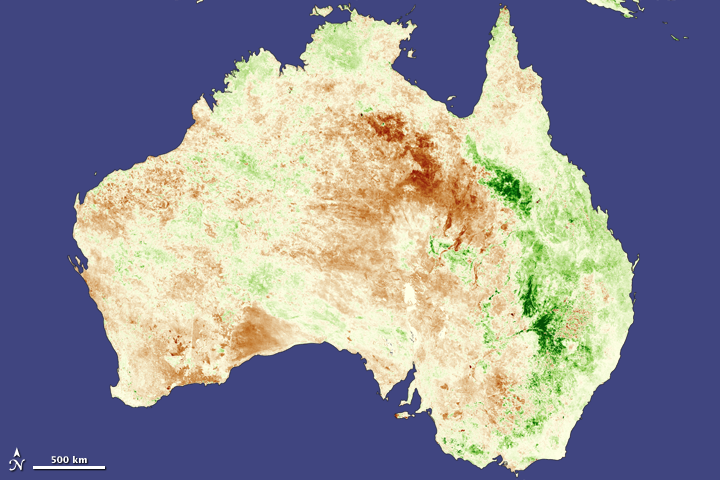 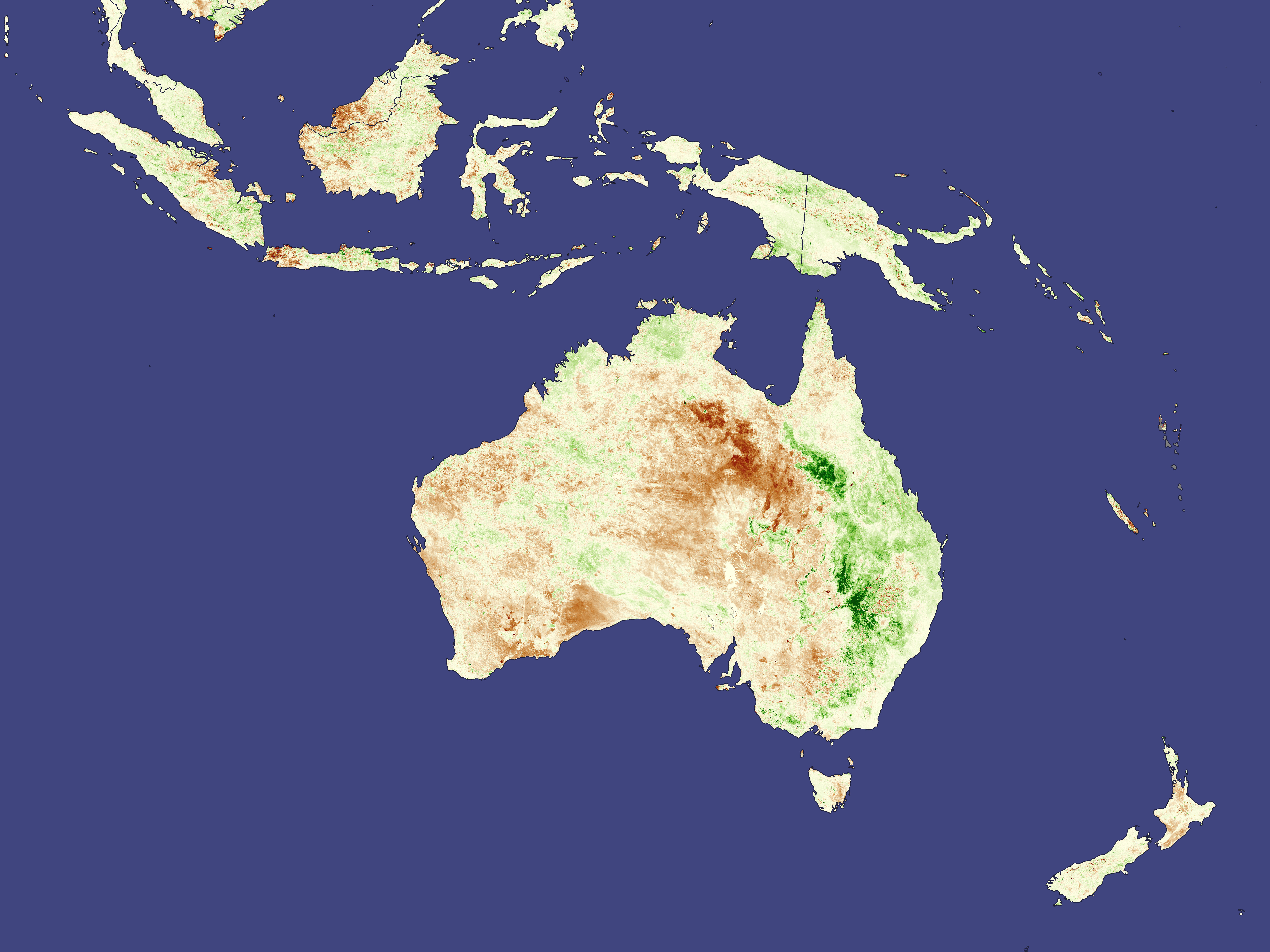 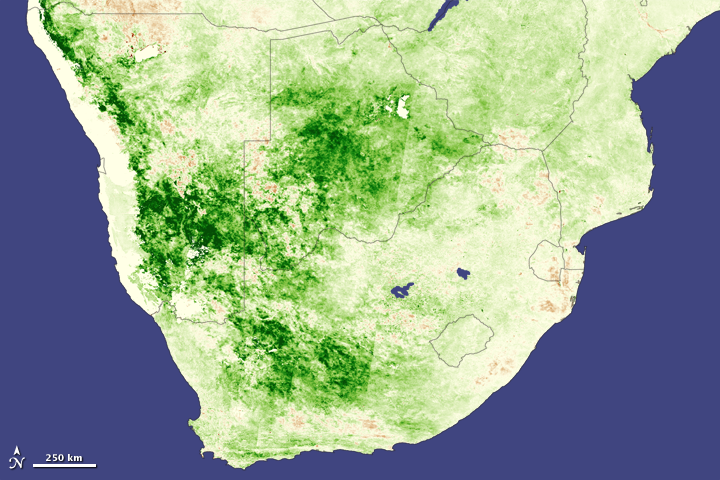 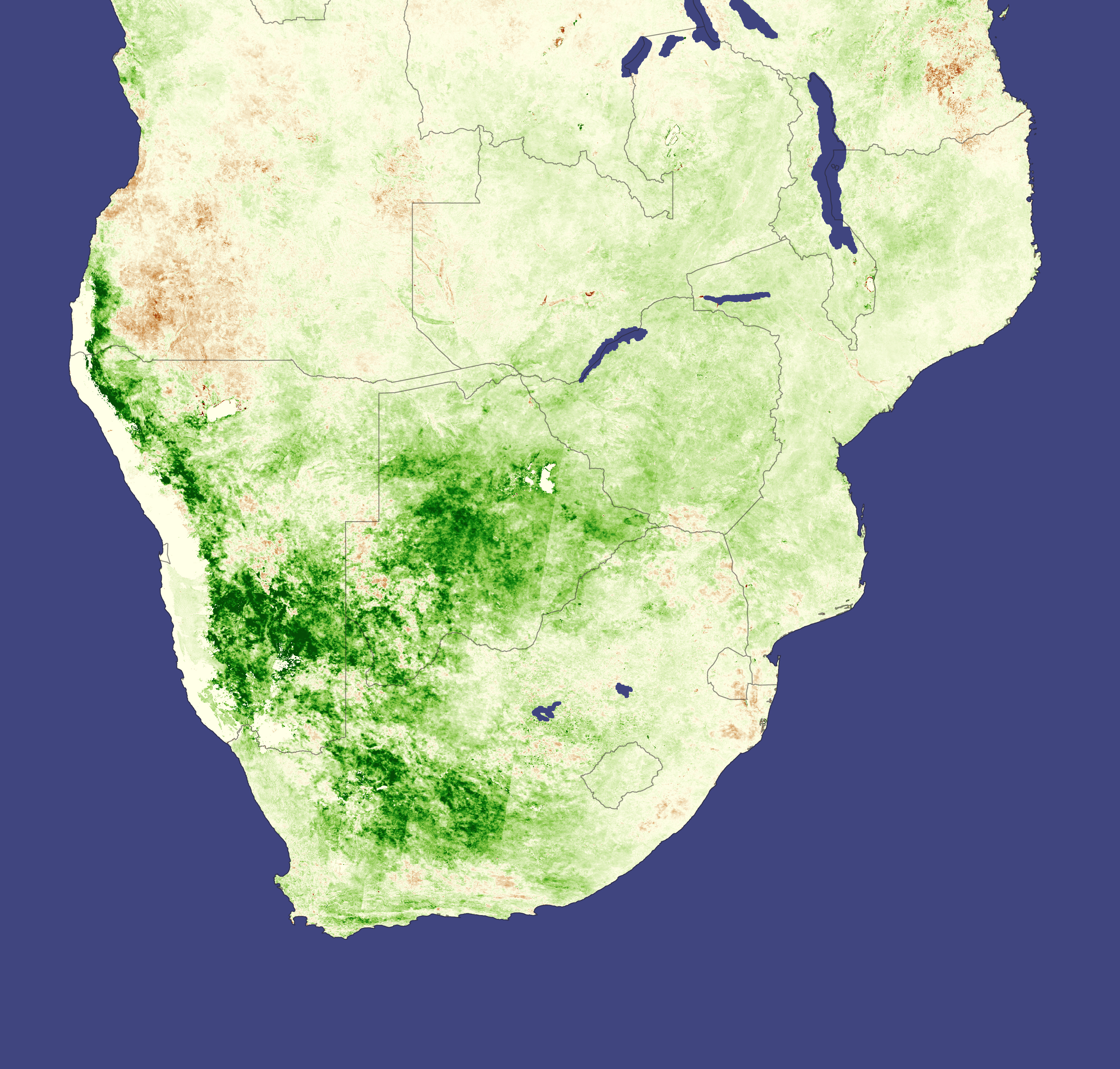 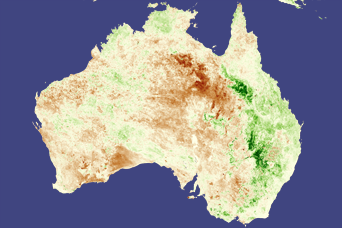 La Niña’s fingerprint is all over plants in eastern Australia and southern Africa in this pair of vegetation images from the SPOT satellite.