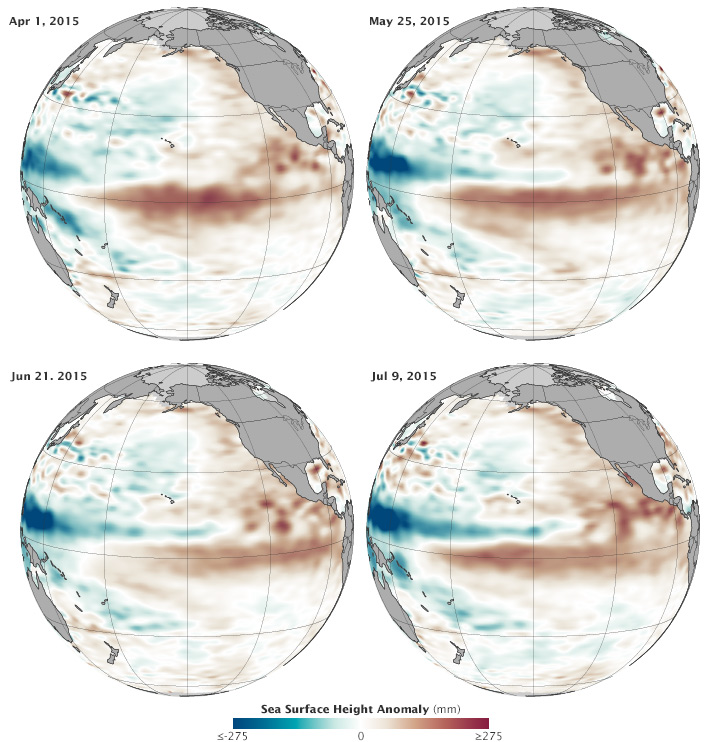 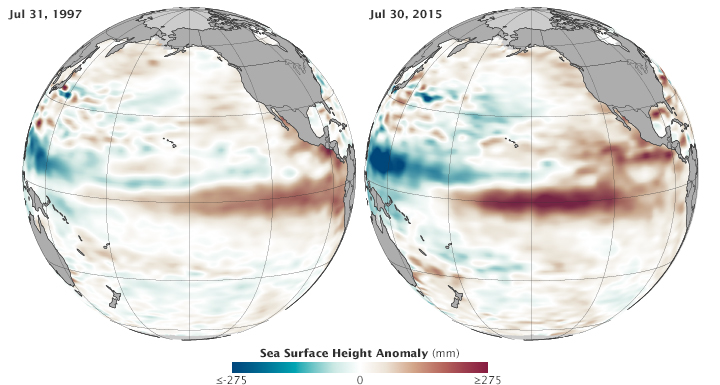 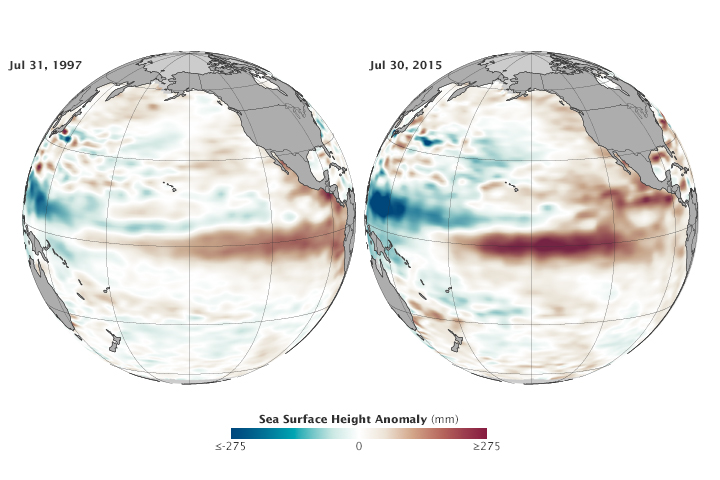 Weakening trade winds are allowing warm water to move east across the Pacific in a telltale pattern.