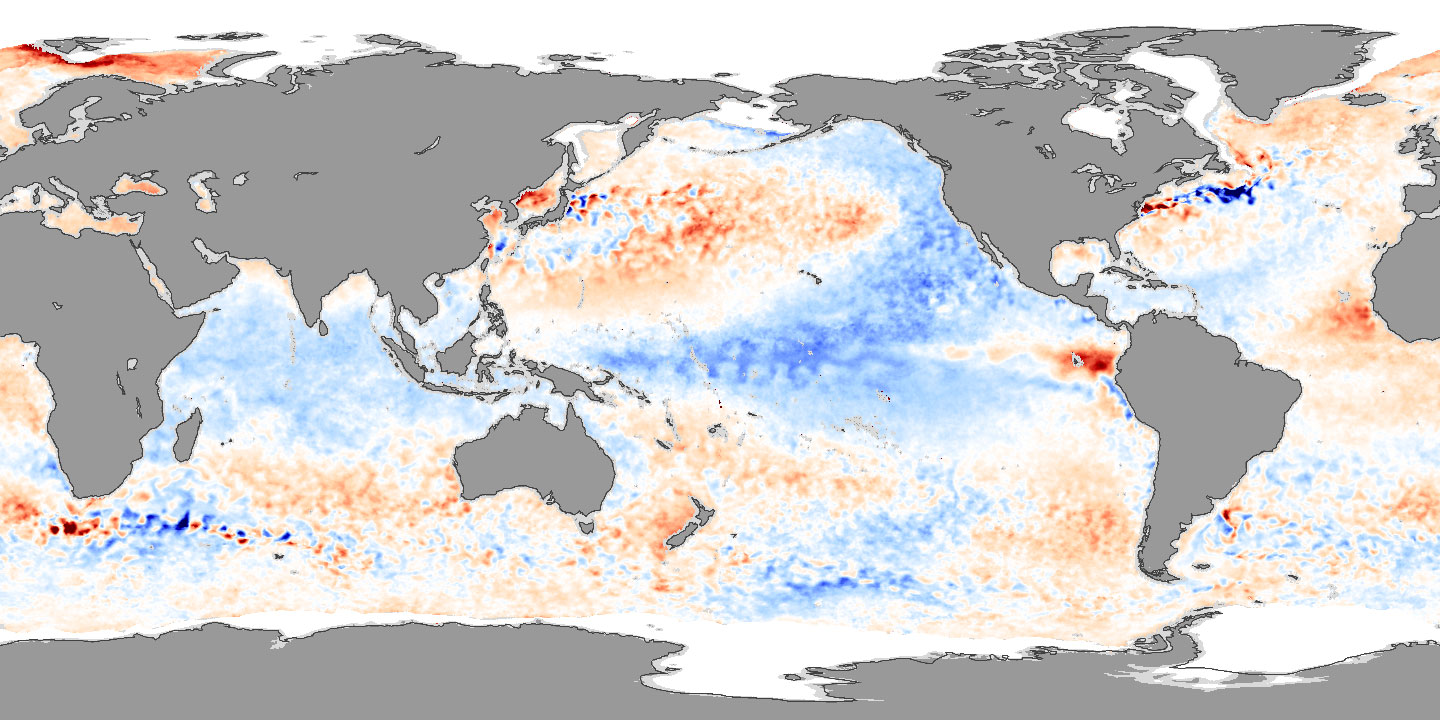 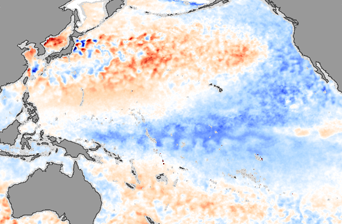 The cool water anomaly in the center of the image shows the lingering effect of the year-old La Niña. However, the much broader area of cooler-than-average water off the coast of North America from Alaska (top center) to the equator is a classic feature of the cool phase of the Pacific Decadal Oscillation (PDO).