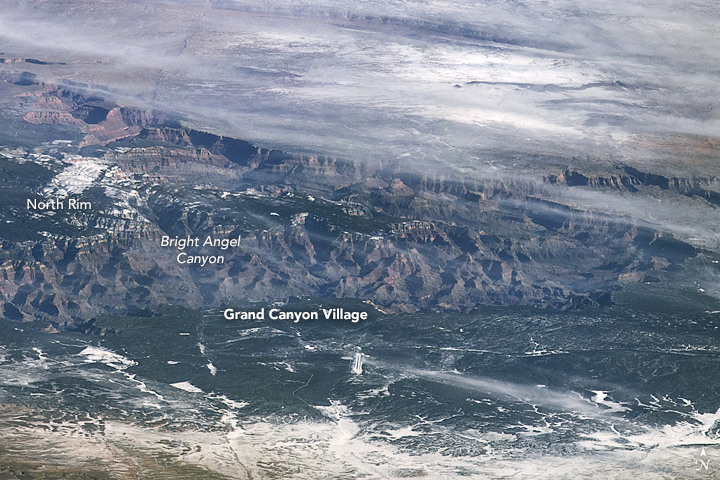 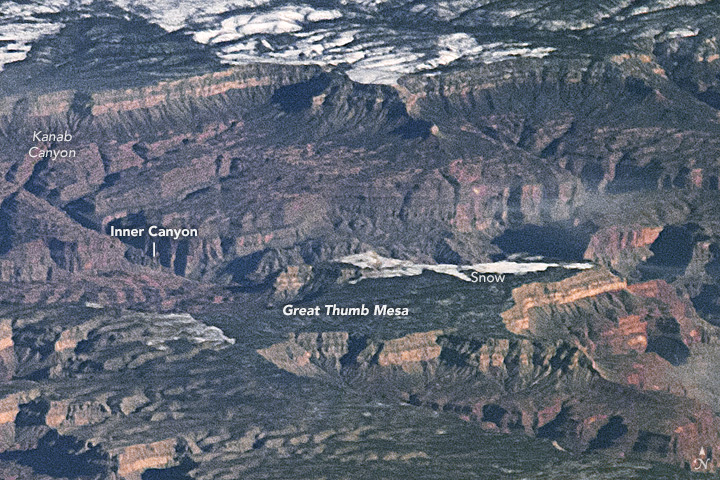 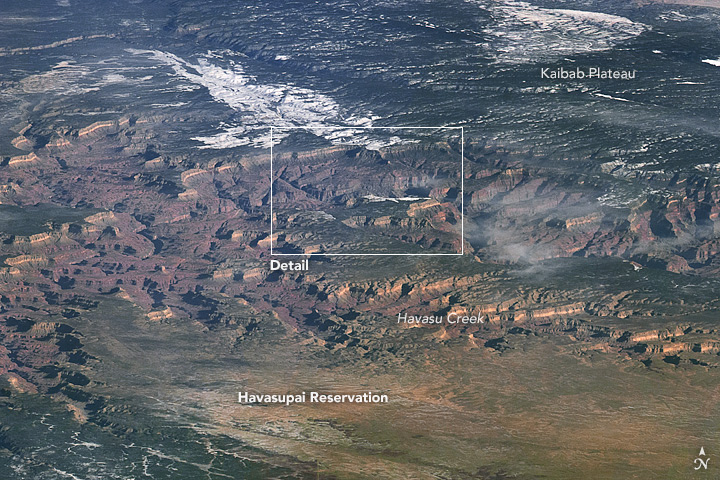 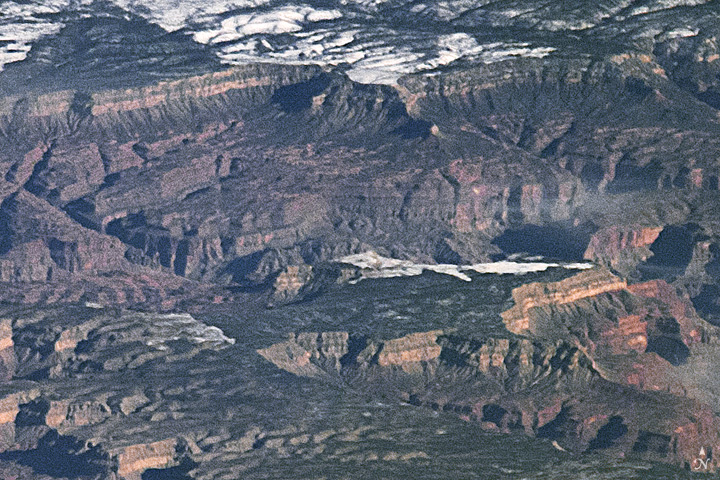 The Grandest of Canyons

Grand Canyon National Park spans 277 river miles and often stretches 10 miles wide. But the true wonder arises from its depth...or height, depending on where you stand.

This image originally appeared in the NASA Earth Observatory story The Grandest of Canyons.

Astronaut photographs ISS022-E-14078 through ISS022-E-14087 were acquired on December 18, 2009, with a Nikon D2Xs digital camera using an 800 millimeter lens, and are provided by the ISS Crew Earth Observations Facility and the Earth Science and Remote Sensing Unit, Johnson Space Center. The image was taken by a member of the Expedition 22 crew. The image has been cropped and enhanced to improve contrast, and lens artifacts have been removed. Additional images taken by astronauts and cosmonauts can be viewed at the NASA/JSC Gateway to Astronaut Photography of Earth. Caption by Mike Carlowicz, NASA Earth Observatory, with assistance from M. Justin Wilkinson, Texas State U., Jacobs Contract at NASA-JSC.