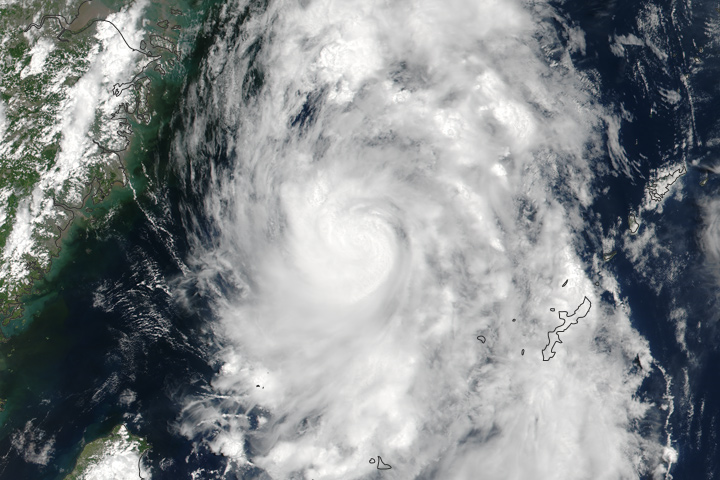 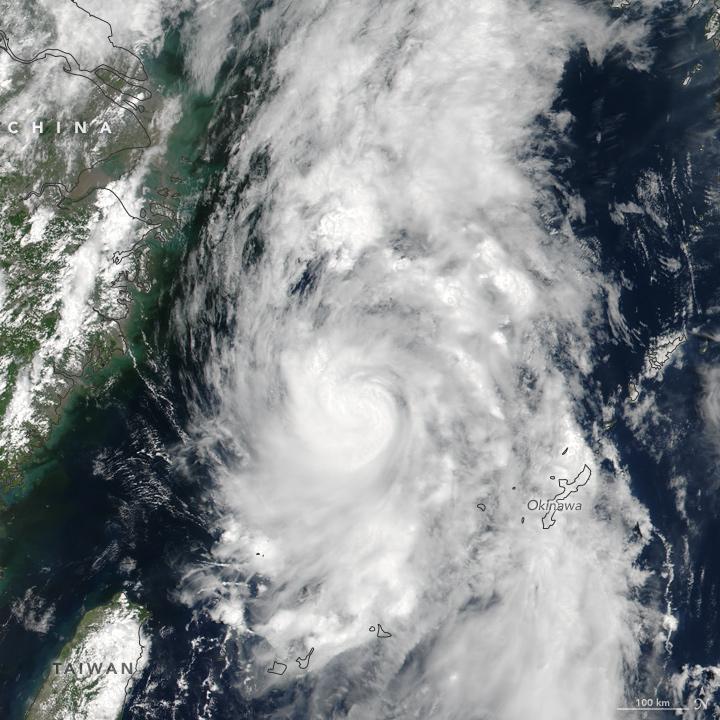 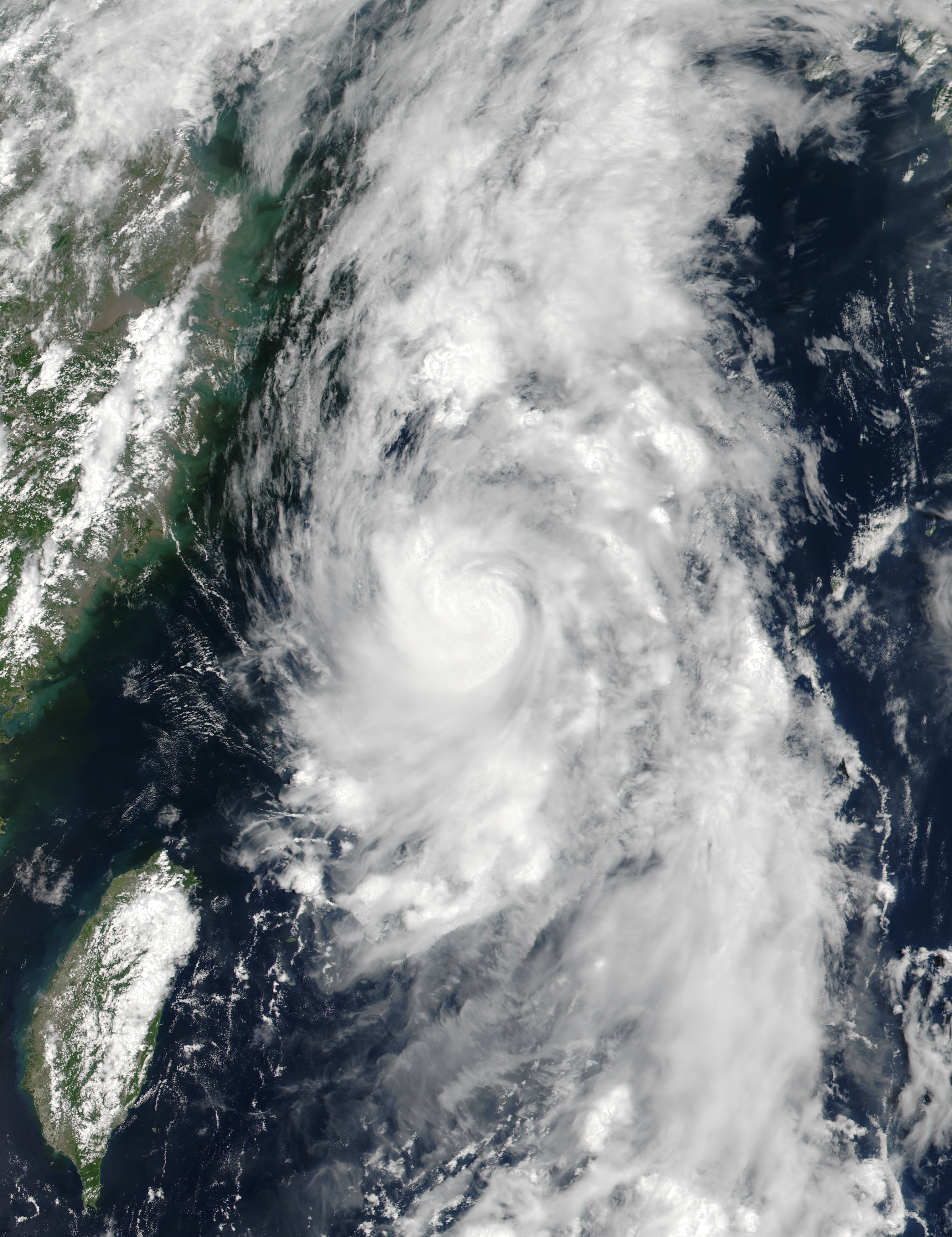 On July 2, 2017, a low-pressure system over the northwestern Pacific Ocean strengthened into Tropical Storm Nanmadol.

The Visible Infrared Imaging Radiometer Suite (VIIRS) on the Suomi NPP satellite captured this natural-color image of the storm at 2:12 p.m. Japan Standard Time (05:12 Universal Time) on July 3, 2017. At the time, winds were sustained at 60 knots (70 miles or 110 kilometers per hour) with gusts up to 75 knots, according to the Joint Typhoon Warning Center.

Forecasts called for heavy rain and possible flooding in parts of Japan as Nanmadol continues tracking to the northeast.