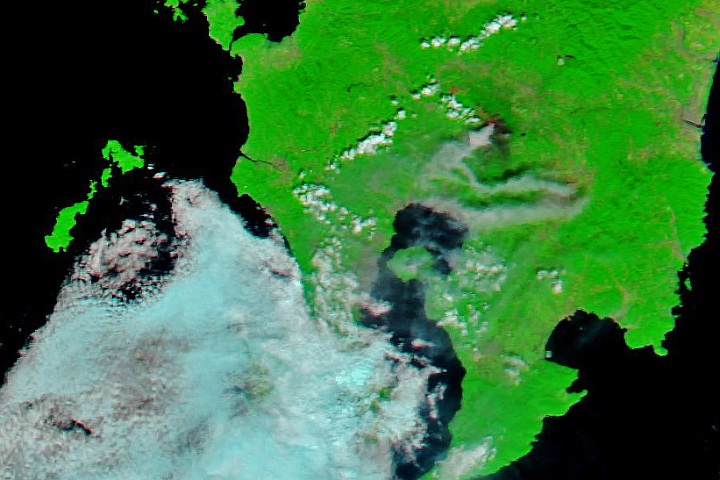 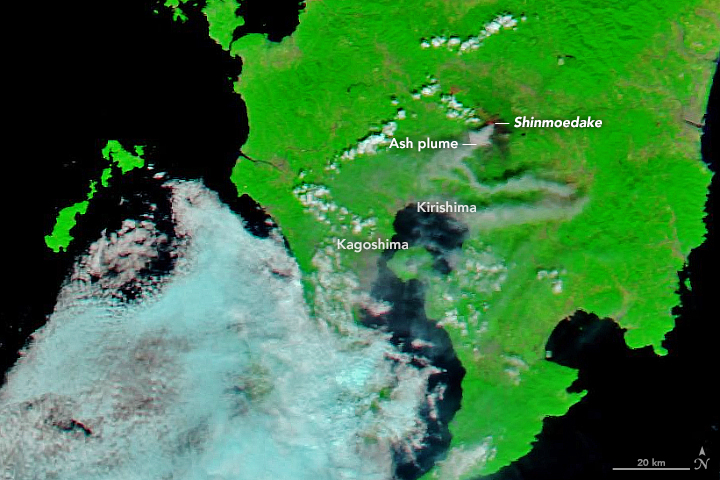 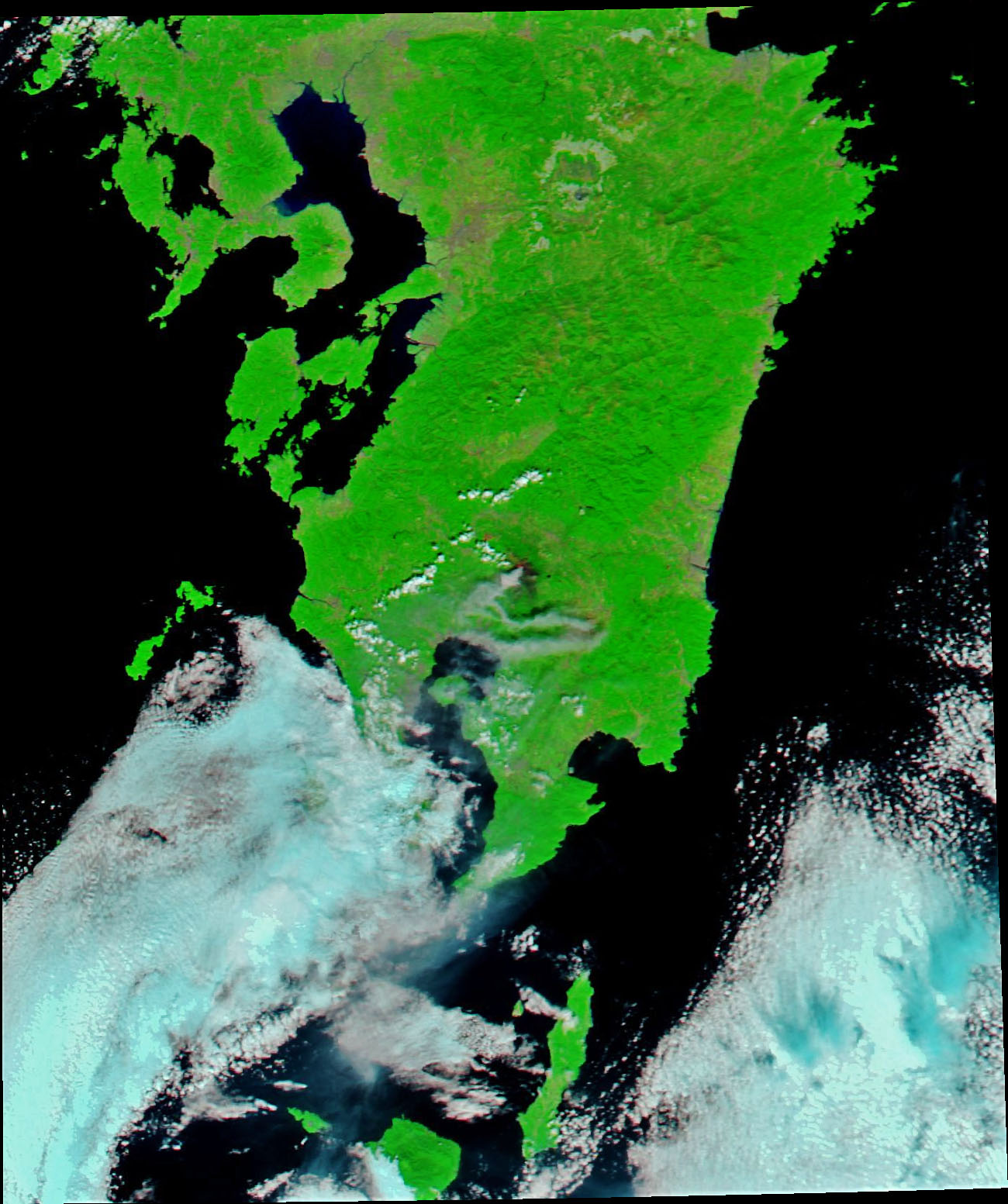 Shinmoedake, a vent within a cluster of volcanoes on Mount Kirishima on the Japanese island of Kyushu, erupted on March 6, 2018. The Moderate Resolution Imaging Spectroradiometer (MODIS) on NASA’s Aqua satellite captured this false-color image of winds blowing ash south and east from Shinmoedake the same day. Dozens of flights were canceled because of the ash, according to news reports. Shinmoedake most recently erupted in 2017, 2011, 2010, 2009, 2008, and 1991.