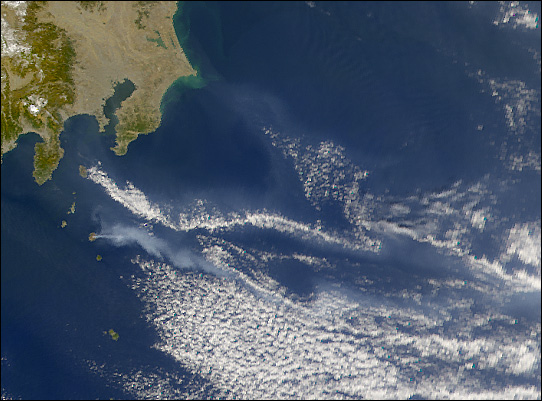 On February 21, 2002, the Sea-viewing Wide Field-of-view Sensor (SeaWiFS) collected this view of the Pacific Ocean off eastern Asia. There is a large, greyish volcanic plume blowing eastward from Mount Oyama on the Japanese island of Miyake-jima, located due south of Tokyo. The smoke plume can be seen mingling with whiter clouds in the area far to the east of the island. It appears that some of the volcanic plume may be curving back toward the northwest and blowing toward Tokyo.