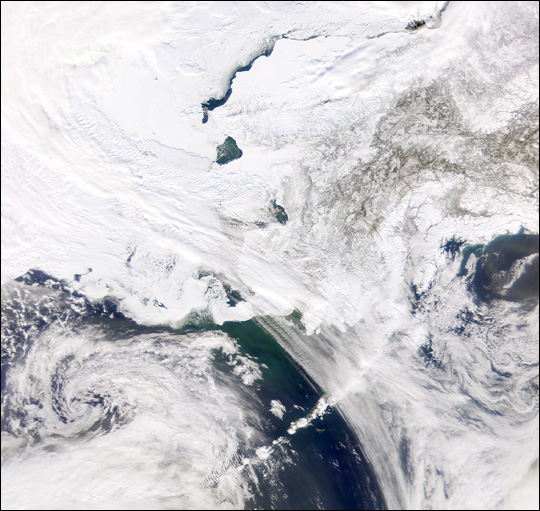 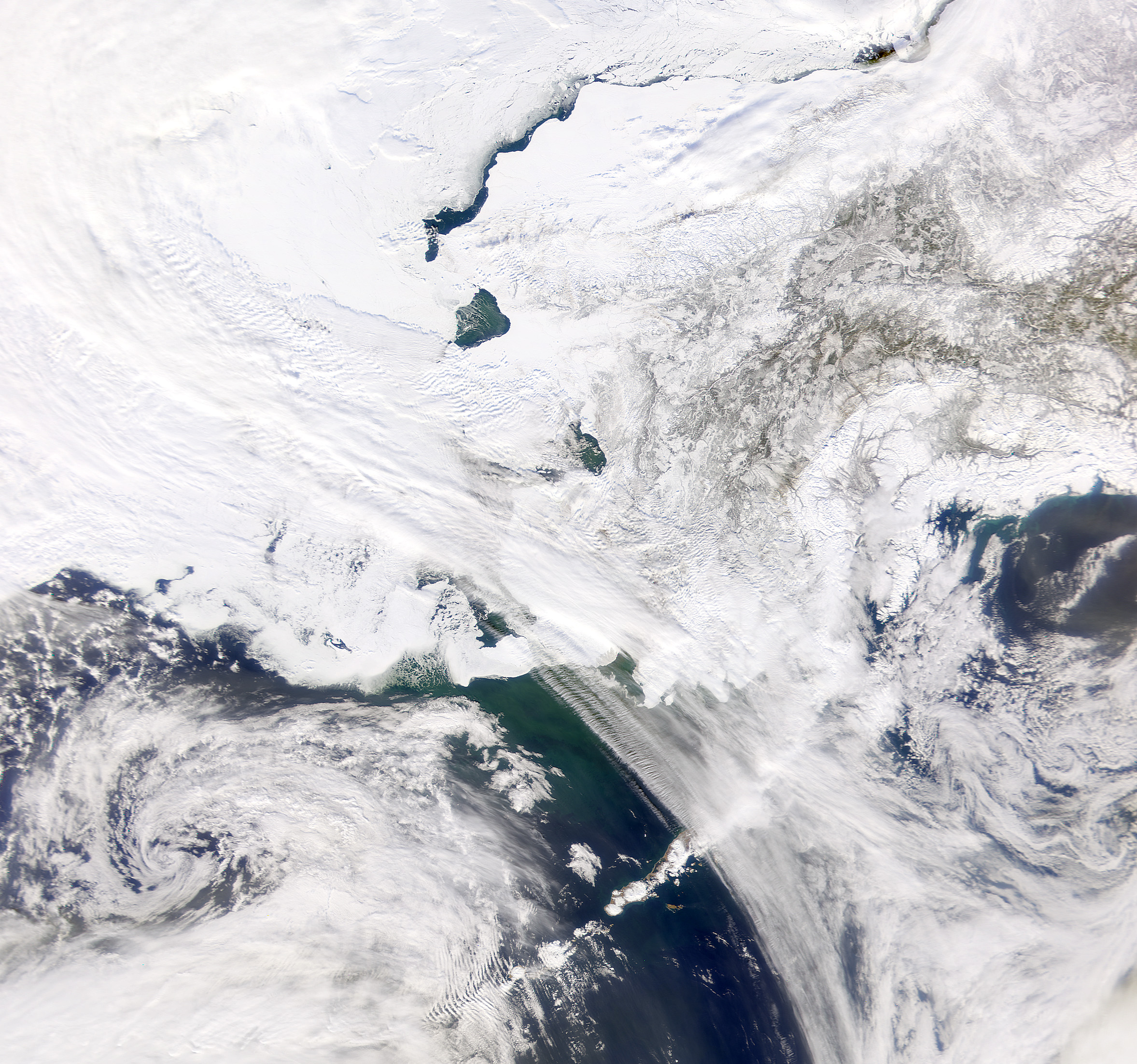 The forecast called for flurries, but the snow accumulated on the ground in Anchorage, Alaska, at the rate of 2 inches per hour (5 cm per hour) for much of Saturday, March 16, 2002. By the time the winter storm passed on Sunday afternoon, Anchorage had received 28.6 inches (72.6 cm) of snow, surpassing by far the previous record of 15.6 inches (39.6 cm) set on December 29, 1955. Flights were canceled and schools were closed as a result of the storm.

This true-color image of Alaska was acquired by the Sea-viewing Wide Field-of-view Sensor (SeaWiFS), flying aboard the OrbView-2 satellite, on March 18. It appears another large, low-pressure system is heading toward the Anchorage region, which could bring substantially more snowfall. The low-pressure system can be identified by the characteristic spiral pattern of clouds located off Alaska? southwestern coast in this scene.