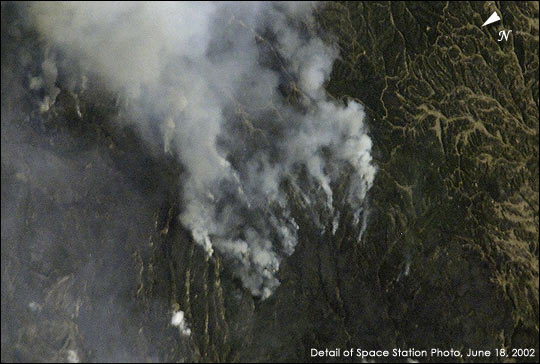 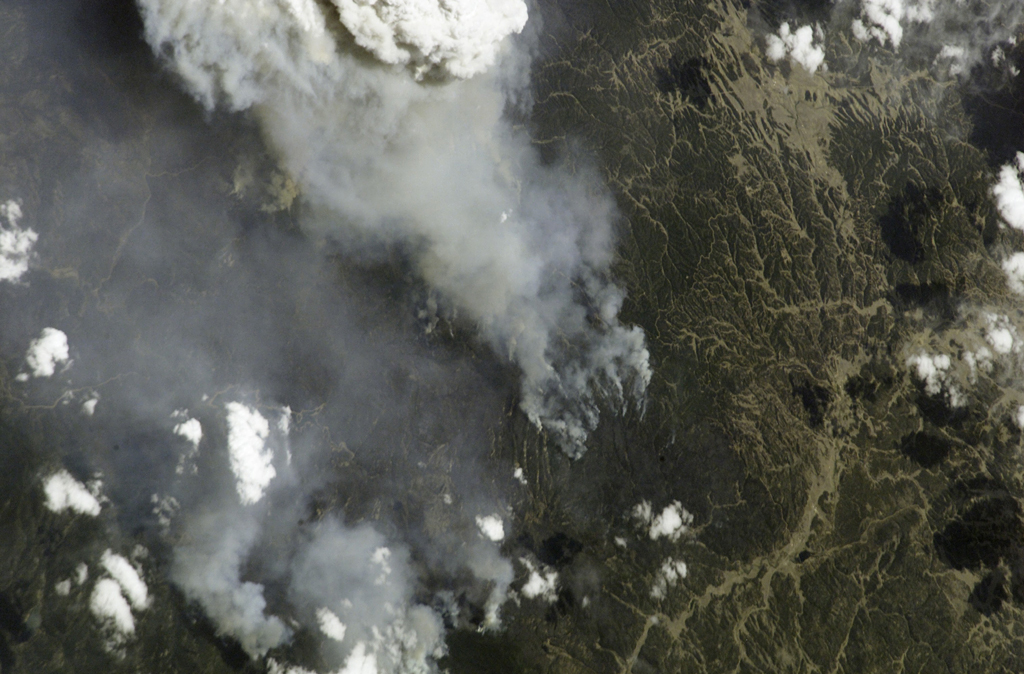 This photograph taken by the new International Space Station crew on June 18, 2002, shows the eastern flank of the Hayman Fire burning in the foothills southwest of Denver.

Astronaut photograph ISS005-E-5416 was provided by the Earth Sciences and Image Analysis Laboratory at Johnson Space Center. Additional images taken by astronauts and cosmonauts can be viewed at the NASA-JSC Gateway to Astronaut Photography of Earth.