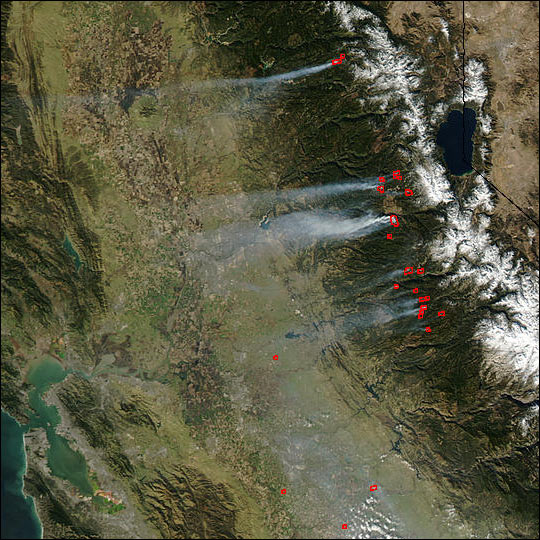 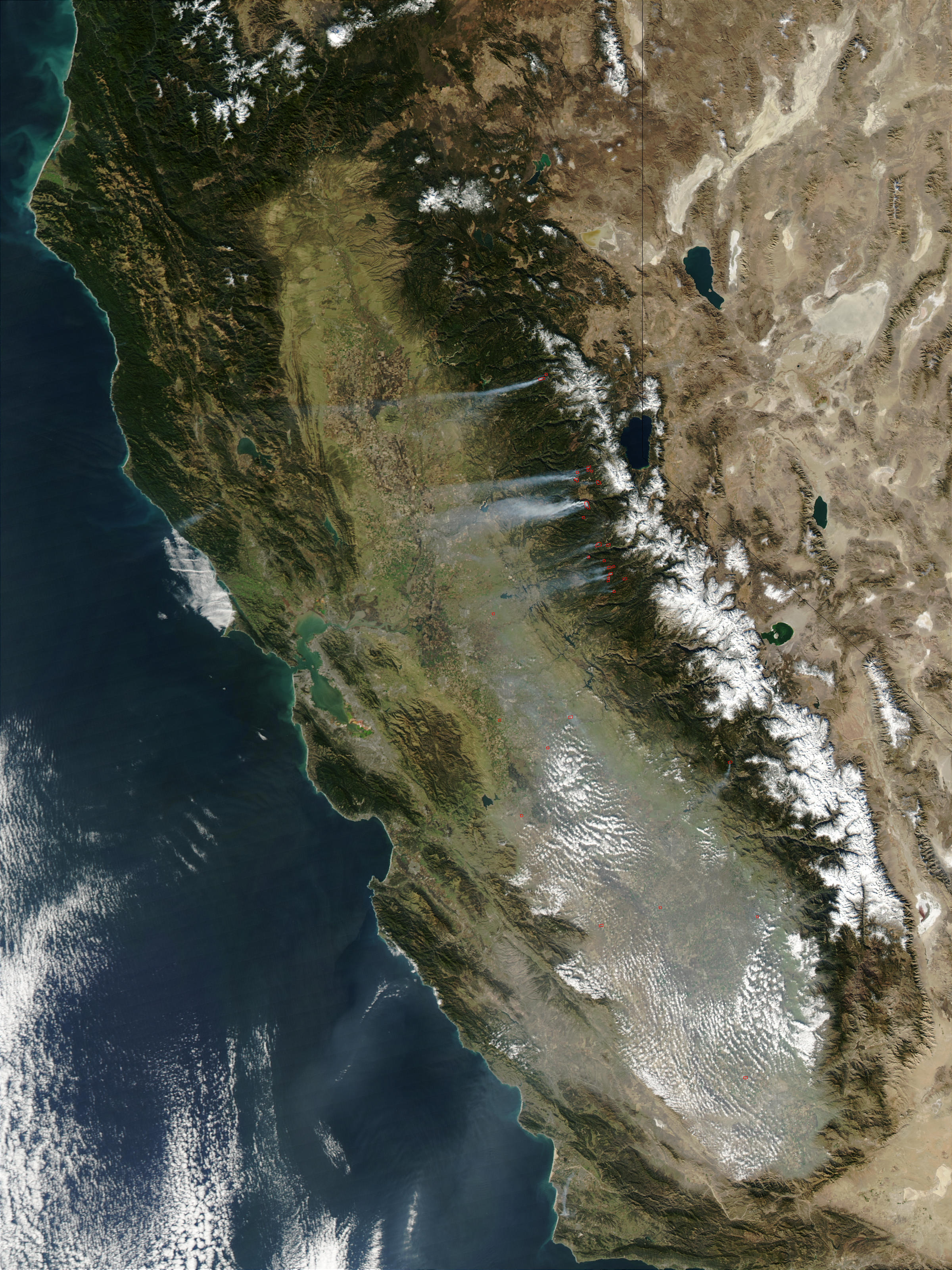 On Monday afternoon, November 25, 2002, the Moderate Resolution Imaging Spectroradiometer (MODIS) on the Aqua satellite captured this true-color image of fires (red outlines) burning in California. At upper right is Lake Tahoe, on the California-Nevada border. At lower left is San Francisco. Plumes of smoke stream westward from the fires, which are burning in the Sierra Nevada Mountains. Other fires are scattered across the state, and in the full scene, what could be a mixture of smoke and urban air pollution is nestled into the San Joaquin Valley.