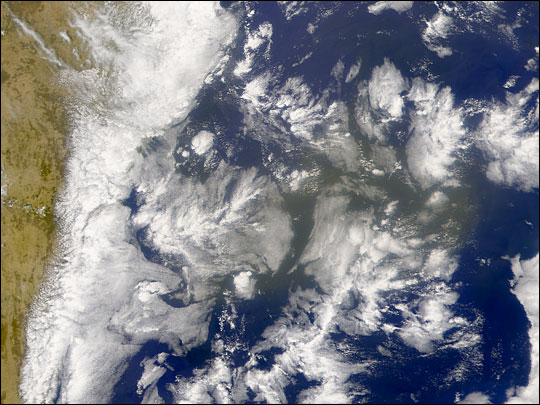 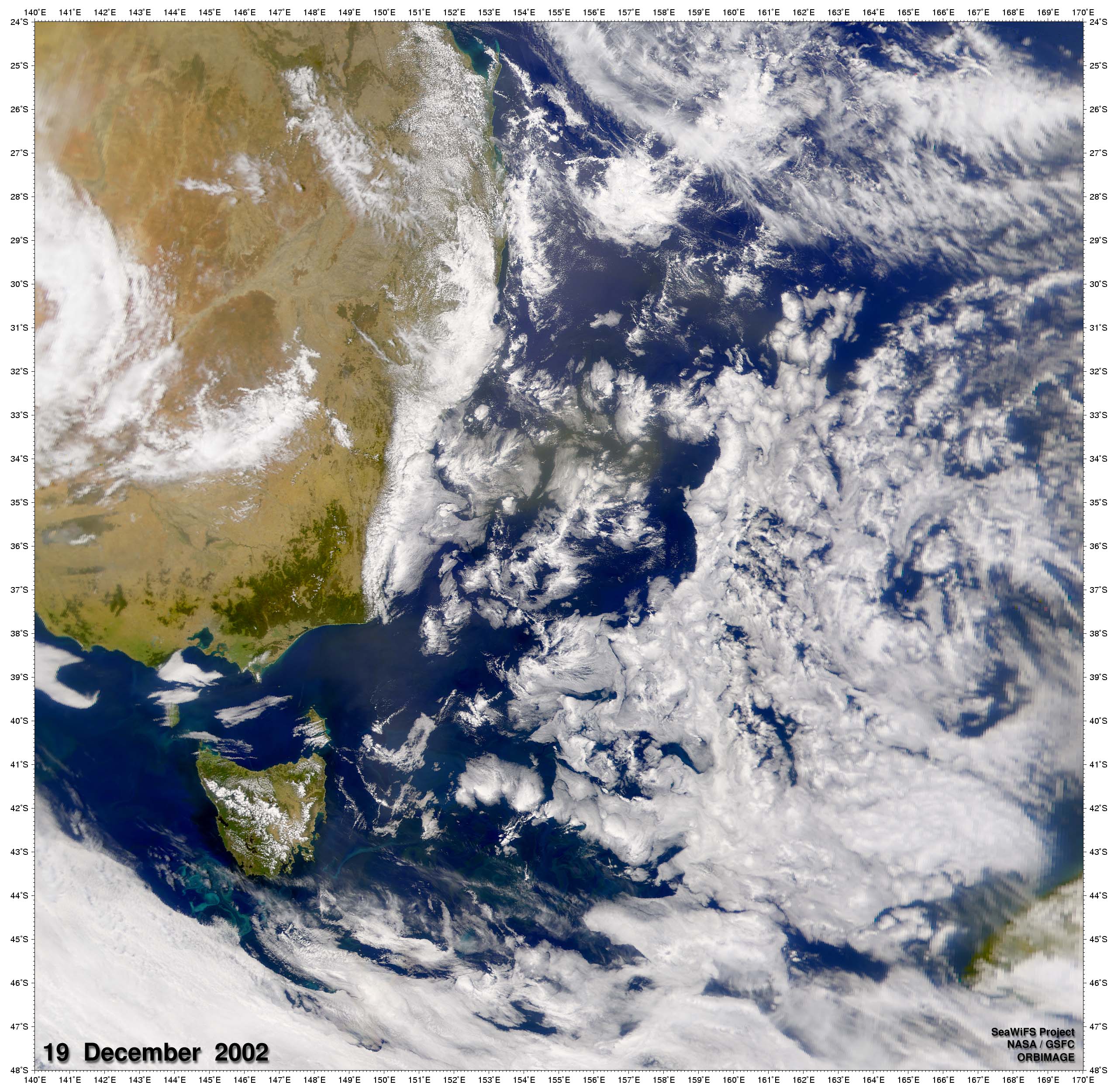 Brown Cloud off of Australia

On December 19, 2002, a brownish gray cloud could be seen over the Tasman Sea just off the coast of southern Australia near Canberra. The plume, which is probably made up of dust or pollution, can be seen in this true-color image taken by the Sea-viewing Wide Field-of-view Sensor (SeaWiFS). In the large image, one can also see a large algae bloom in the lower left-hand corner just south of Tasmania.