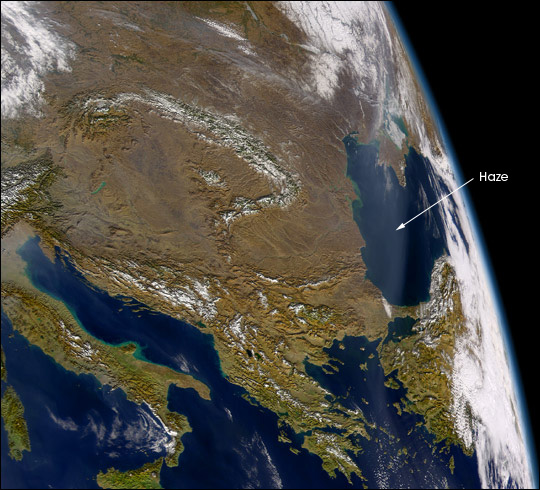 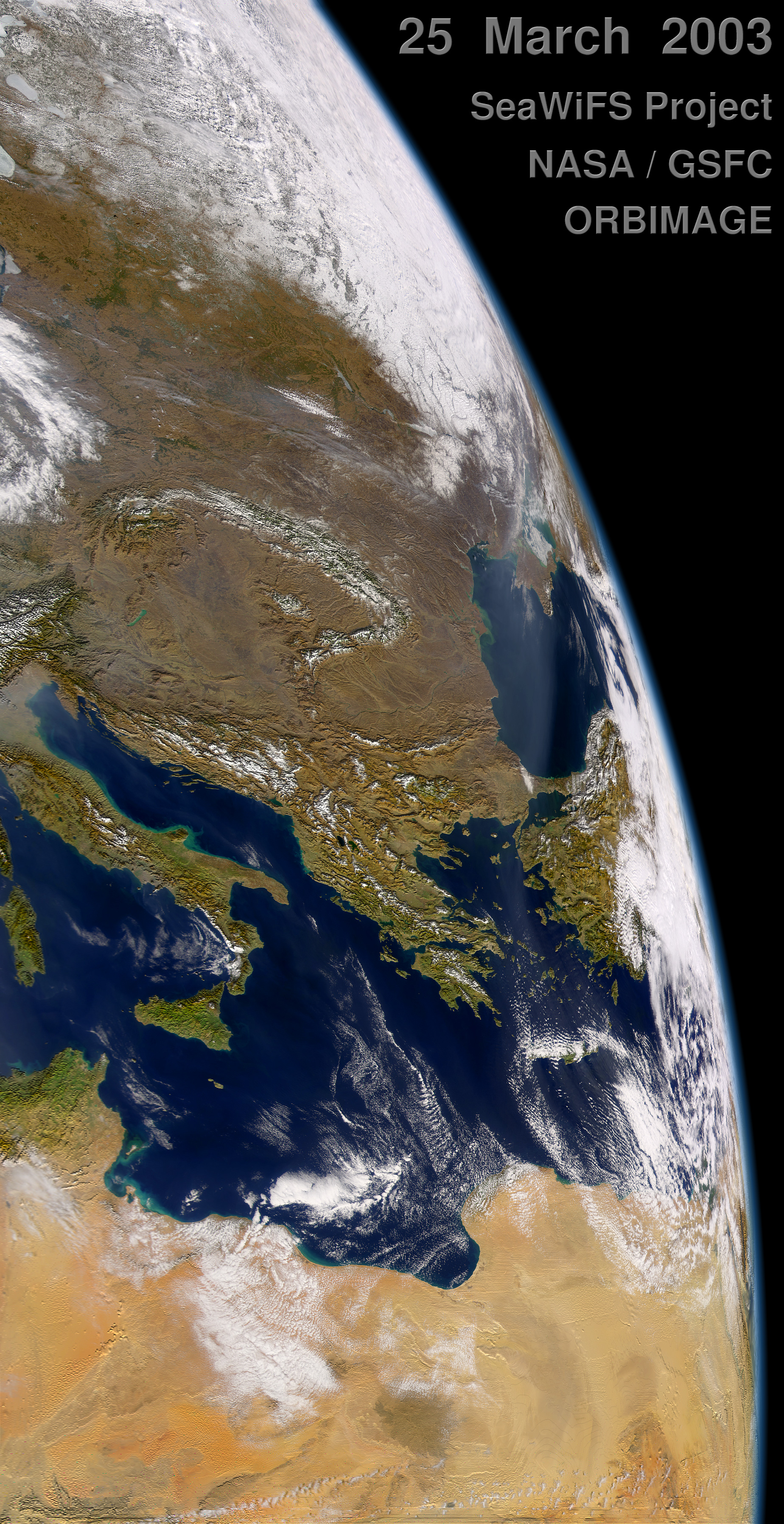 Eastern Europe is largely cloud free in today’s Sea-viewing Wide Field-of-view Sensor (SeaWiFS) image of the area, but a band of hazy air (gray pixels) appears to be moving over the northwestern portion of the Black Sea.

This true-color scene was acquired on March 25, 2003. Taking advantage of SeaWiFS’ perspective near the edge of its swath, a data visualization technique can be used to make the image appear as if the sensor had viewed the horizon. However, the seeming blackness of outer space and the blue tinge of atmosphere in this scene are completely artificial.