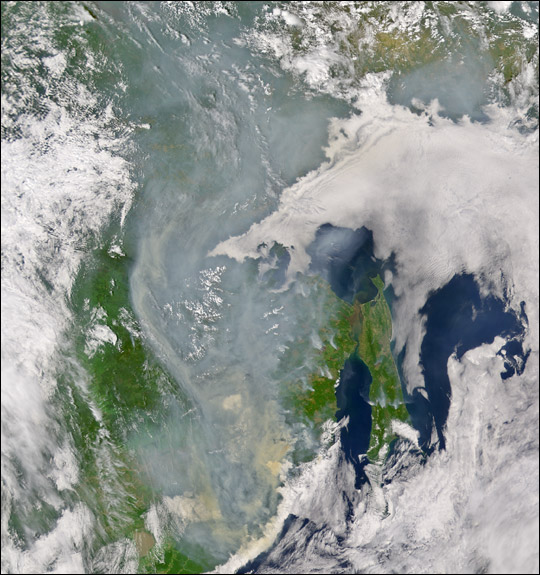 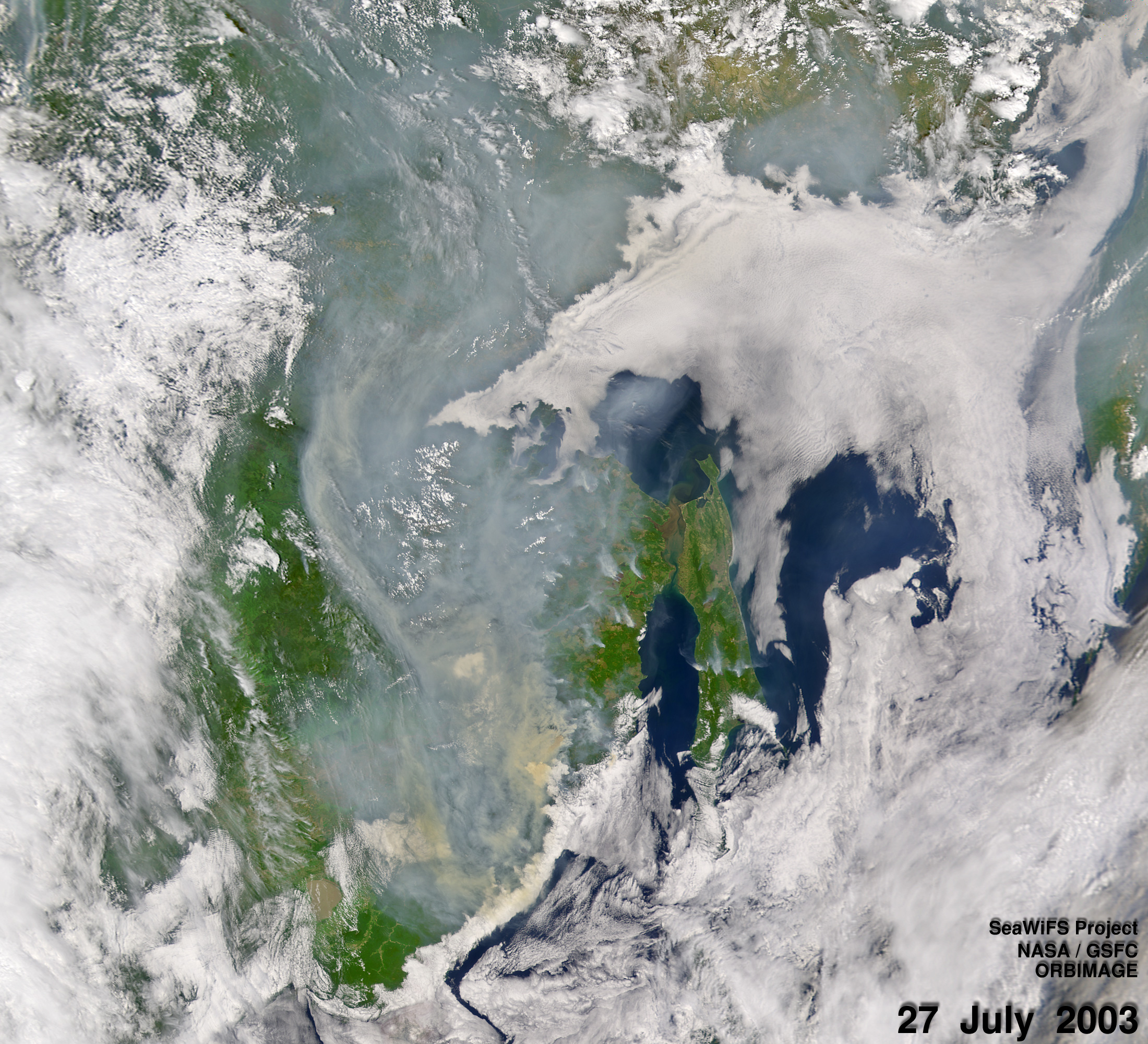 At last count on July 26, 2003, 87 fires were burning in eastern Russian and on Sakhalin Island, producing a thick, widespread pall of smoke over much of northeast Asia. About 2,700 firefighters have been battling the blazes in Russia’s Khabarovsk Territory, but hot and dry weather has aggravated the situation.

This true-color image was acquired by the Sea-viewing Wide Field-of-view Sensor (SeaWiFS) on July 27, 2003. Notice the yellowish color of the smoke plumes toward the bottom right of this scene. This coloration probably comes from burning peat bogs along the Amur Region, where localized heavy rains have made the surface much wetter.