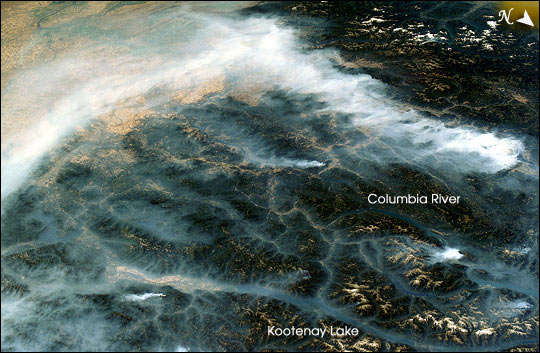 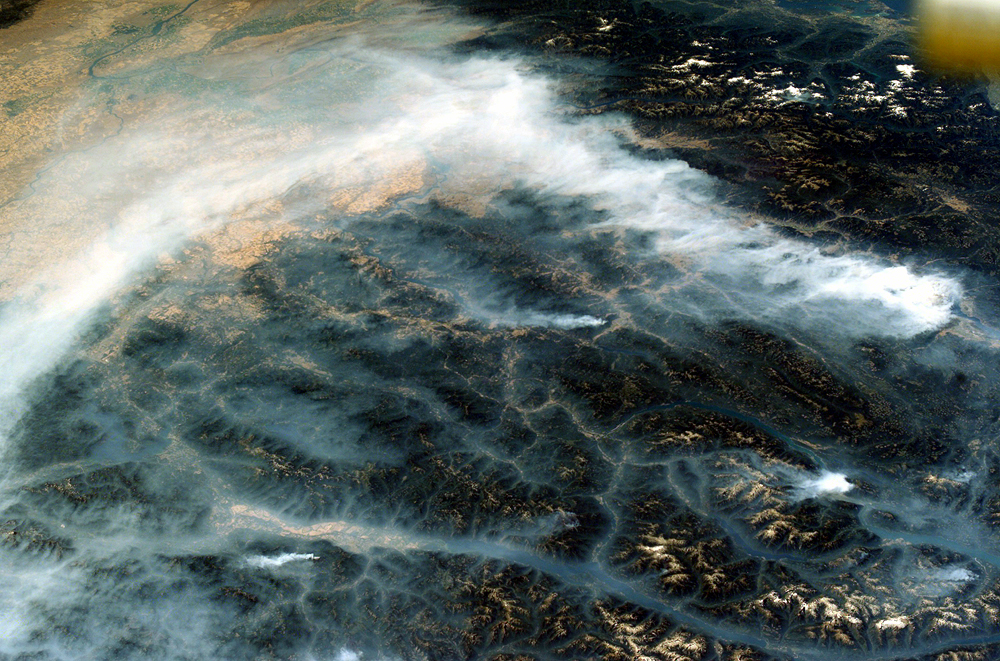 This image taken by the crew of the International Space Station on August 20, 2003, illustrates how smoke has become trapped in valleys. Normally air temperature decreases with altitude; in other words, the higher up you are, the colder it is. Warmer, more buoyant air near the surface of the Earth usually rises into the atmosphere, carrying away air pollutants such as smoke. However, sometimes the “higher equals colder” relationship breaks down, for example, here in the northern Rockies, where light winds and cold air drainage from the higher elevations have created “temperature inversions,” making the air in the valley colder and denser than the air at the mountain peaks.

Astronaut photograph ISS007-E-13281 was taken August 20, 2003 with a Kodak DCS760 digital camera equipped with an 50mm lens and provided by Michael Trenchard (Lockheed Martin / Earth Observations Laboratory, Johnson Space Center). The International Space Station Program supports the laboratory to help astronauts take pictures of Earth that will be of the greatest value to scientists and the public, and to make those images freely available on the Internet. Additional images taken by astronauts and cosmonauts can be viewed at the NASA/JSC Gateway to Astronaut Photography of Earth Website.