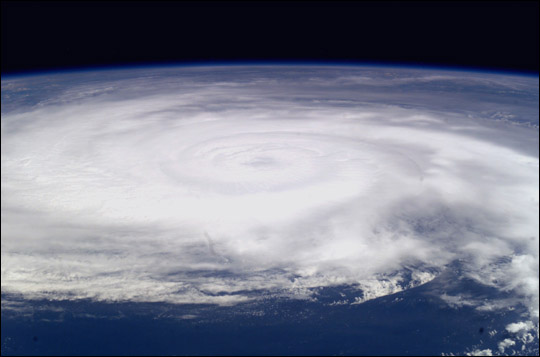 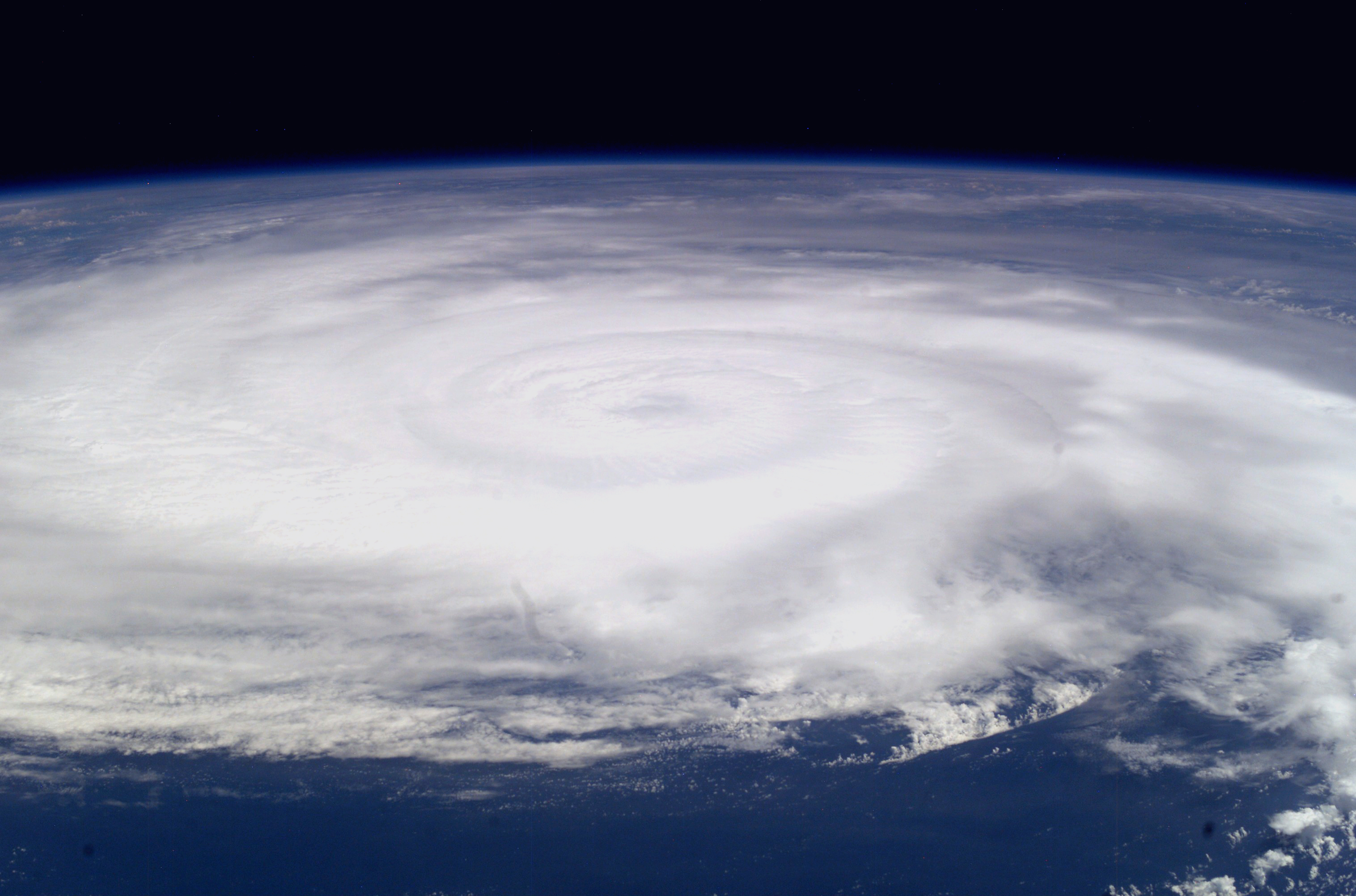 Astronauts on board the International Space Station photographed Hurricane Fabian on September 4, 2003 as it churned towards Bermuda. At the time the photo was taken, Fabian had maximum sustained winds of 120 mph and was moving to the north-northwest at 12 mph.