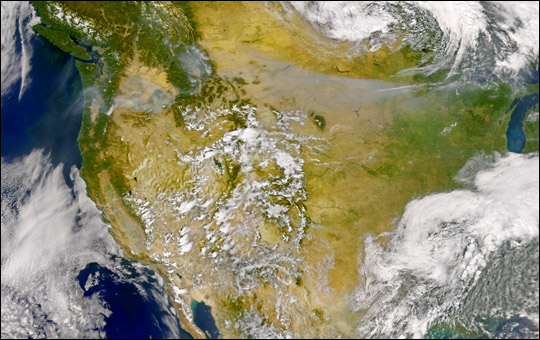 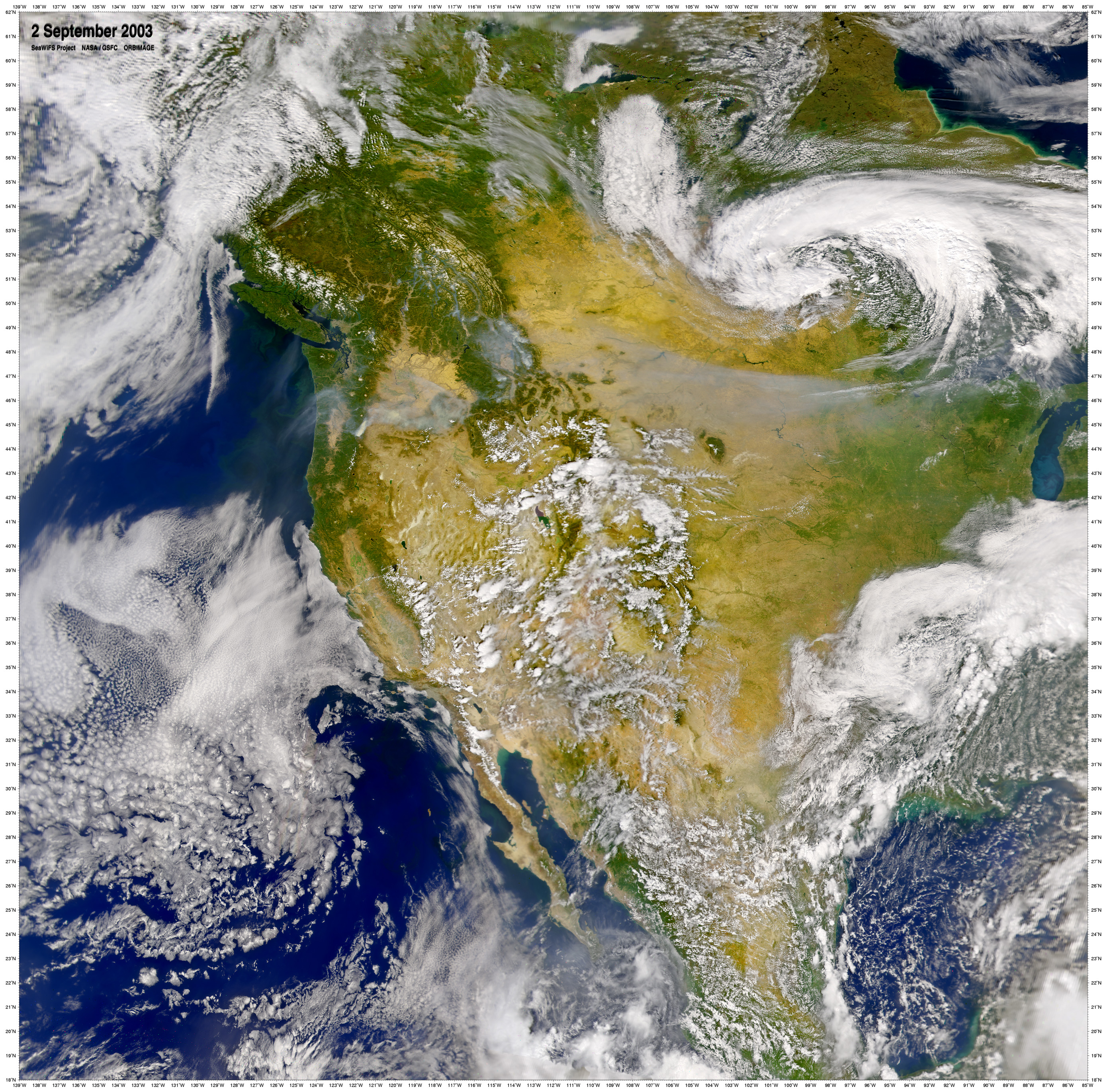 Smoke pouring from numerous fires in the northwestern United States and Canada obscured the ground over much of the Pacific Northwest and Great Plains region. The smoke (gray pixels) was so thick it filled a number of the valleys in the mountainous regions of the northwest. Some of the smoke appears to have been drawn eastward along the southern edge of the low-pressure cell visible over Manitoba (in the high-resolution version of this scene).

This true-color image was acquired by the Sea-viewing Wide Field-of-view Sensor (SeaWiFS) on September 2, 2003.