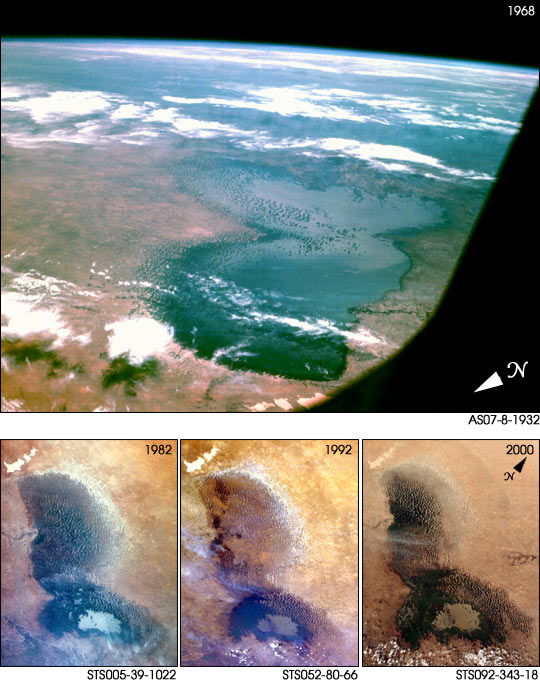 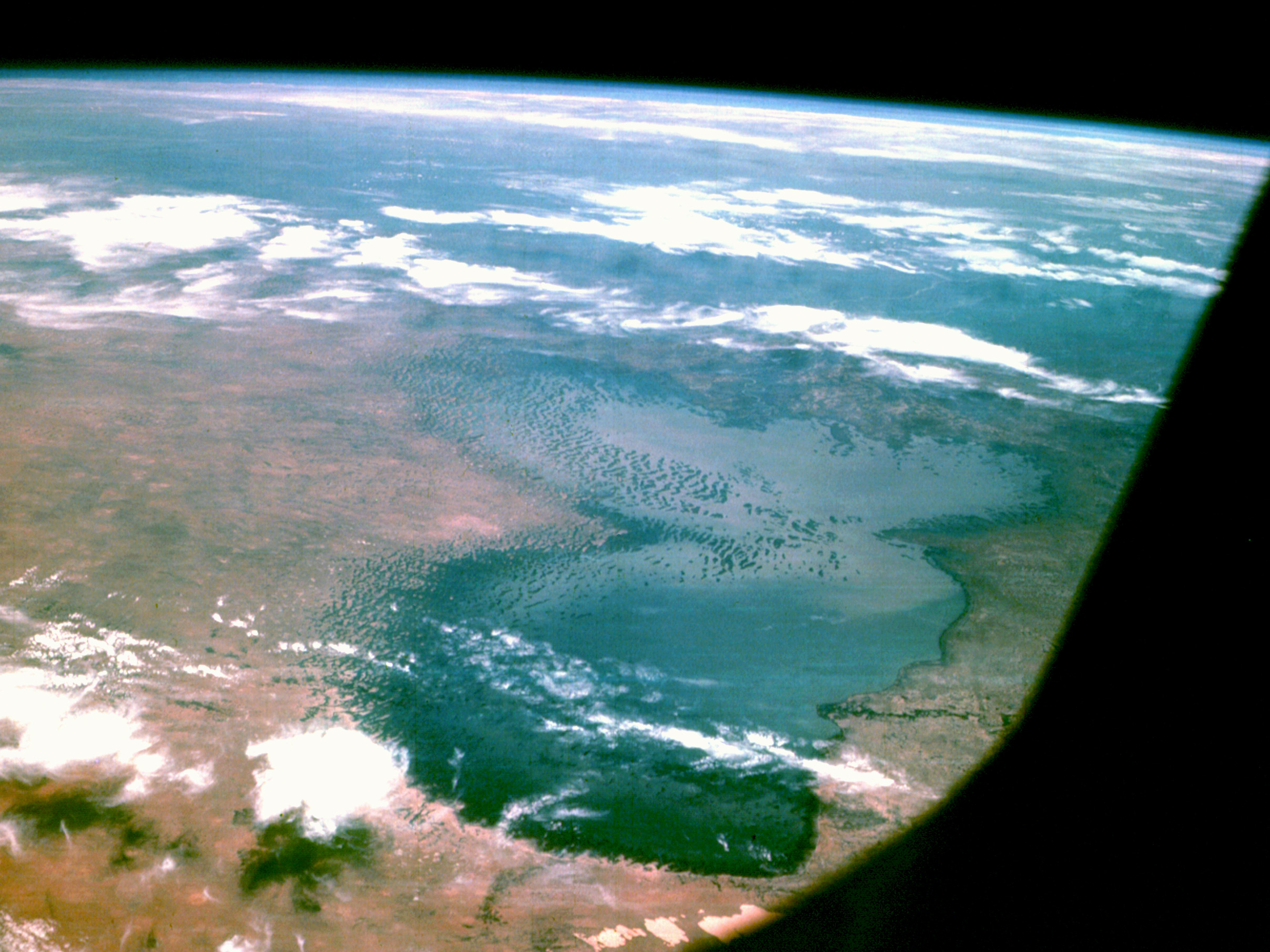 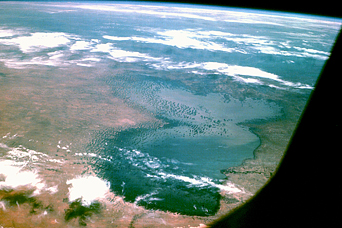 The top photograph was taken by Apollo-7 crew in October 1968 during a mission to test control of a spacecraft moving into different orbits. Based on photographs from Gemini and Apollo, the estimated open water area of Lake Chad was over 22,000 km² (Mohler et al. 1989, Lullaet et al. 1991). Although not known at the time, Lake Chad would not be observed this full again from orbit—it had significantly decreased in area when it was observed by Landsat in 1972. Space Shuttle crews have continued to photograph dramatic fluctuations in Lake Chad. A sampling of this time series from 1982-2000 is shown below the Apollo image.

This image originally appeared in the NASA Earth Observatory story Lake Chad as seen from Apollo-7 in 1968.