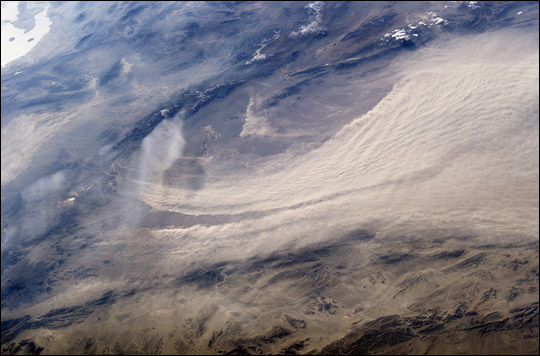 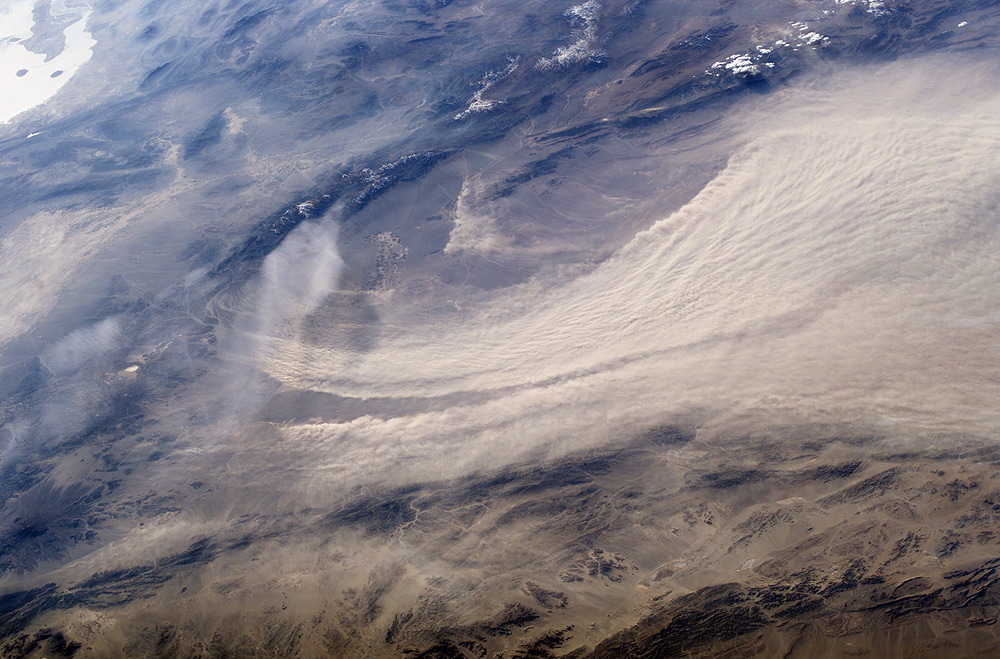 This stunning photo shows a major dust storm raging in the Kerman Desert, just east of the city of Bam in Southeastern, Iran. The image was acquired by the crew of the International Space Station on the afternoon of February 15, 2004, using a digital camera with a 50-mm lens.

Astronaut photograph ISS008-E-16328 was provided by the Gateway to Astronaut Photography of Earth at NASA Johnson Space Center.