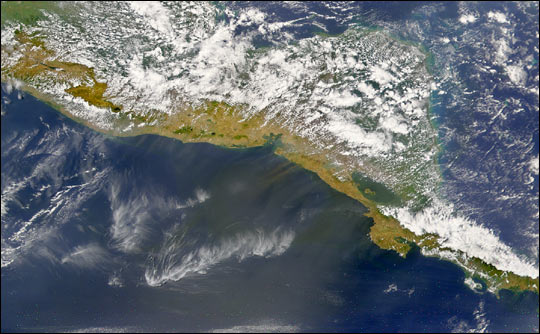 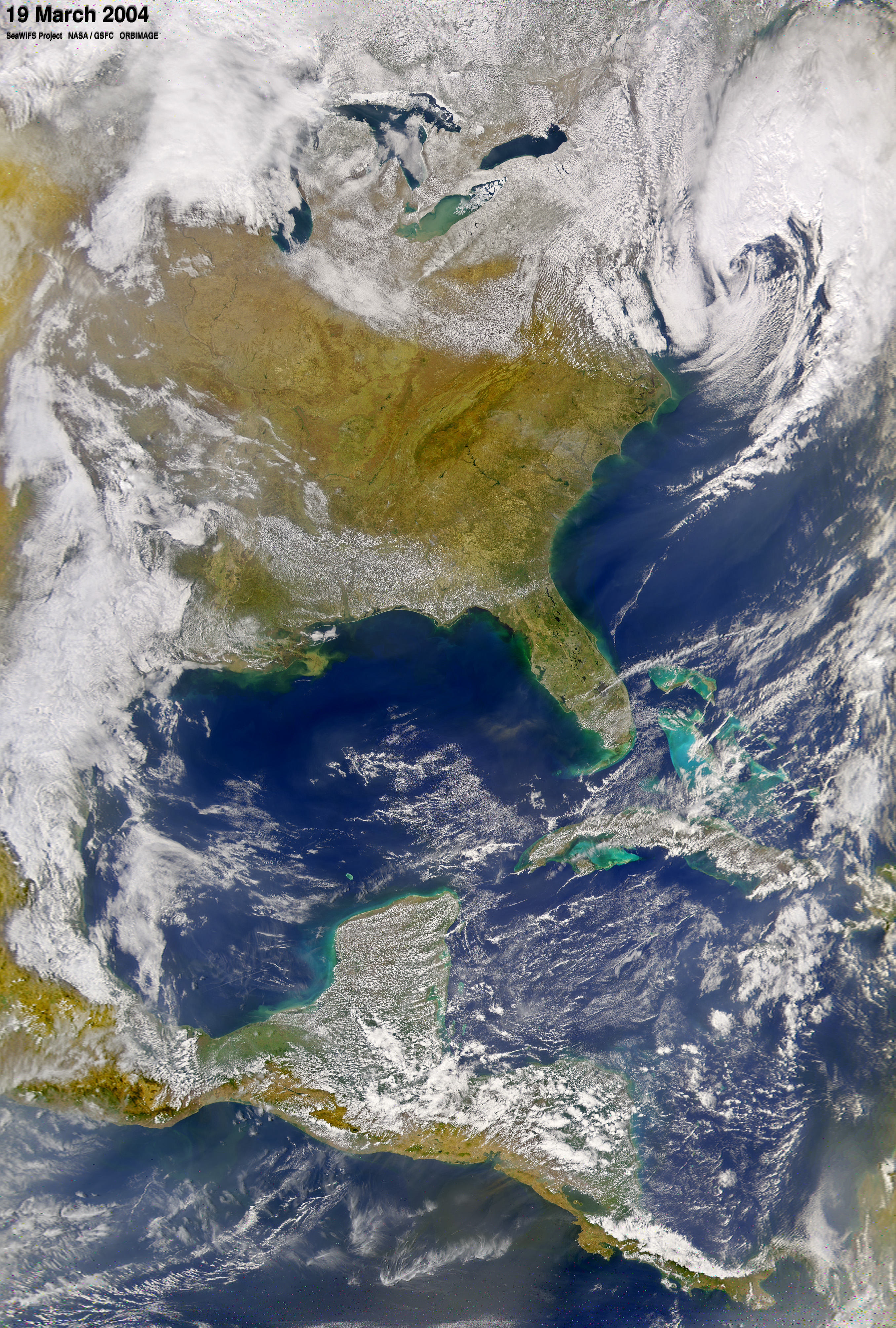 The Papagayo winds shriek across Nicaragua, pulling dust out over the Pacific Ocean in this true-color image acquired by the Sea-viewing Wide Field-of-view Sensor (SeaWiFS) on March 19, 2004. The often hurricane-strength winds happen when cold air from the North American winter moves south over the Gulf of Mexico. The air, drawn toward the warmer, moist atmosphere over the Pacific Ocean, is channeled through a gap in the Central American Cordillera Mountains and through Nicaragua’s Lake district. The Papagayo winds blow nutrient-rich dust into the Pacific Ocean, providing nourishment for a diverse marine community ranging from algal blooms up to marlin and sailfish.