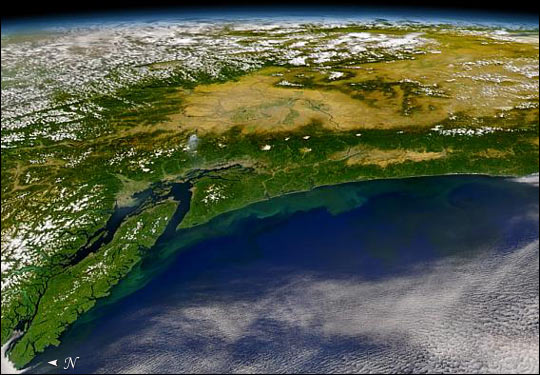 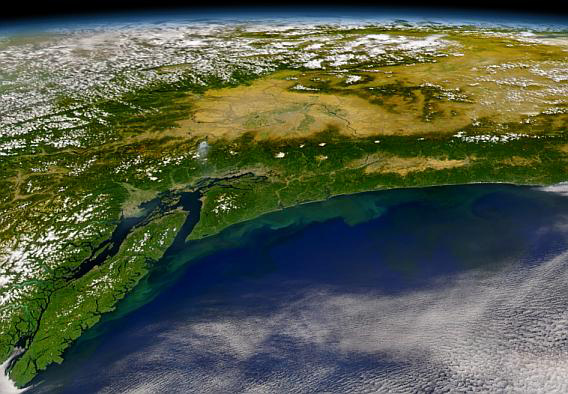 Algal Bloom in the Pacific Northwest

Blooms of phytoplankton color the water along the coast of Washington and British Columbia both south (right) and north (left) of the Strait of Juan de Fuca in this image, captured by the Sea-viewing Wide Field-of-View Sensor (SeaWiFS) on Friday, July 23, 2004. Without corroborating data collected at sea level, it’s impossible to tell which species of phytoplankton are coloring the water or if the bloom is harmful. This is, however, an area known to be afflicted by harmful algal blooms, and the Washington State Department of Health recently closed many of the beaches shown in this image to shellfish harvesting, a sign that the bloom may be harmful. Data such as those represented by this SeaWiFS image could be potentially useful to coastal managers seeking a broader view of water conditions in the region.