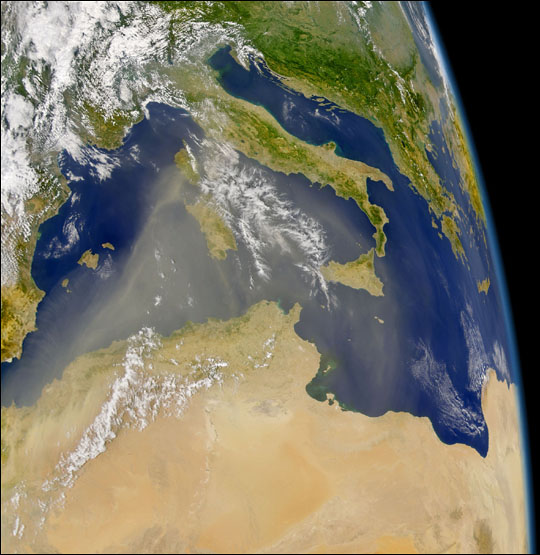 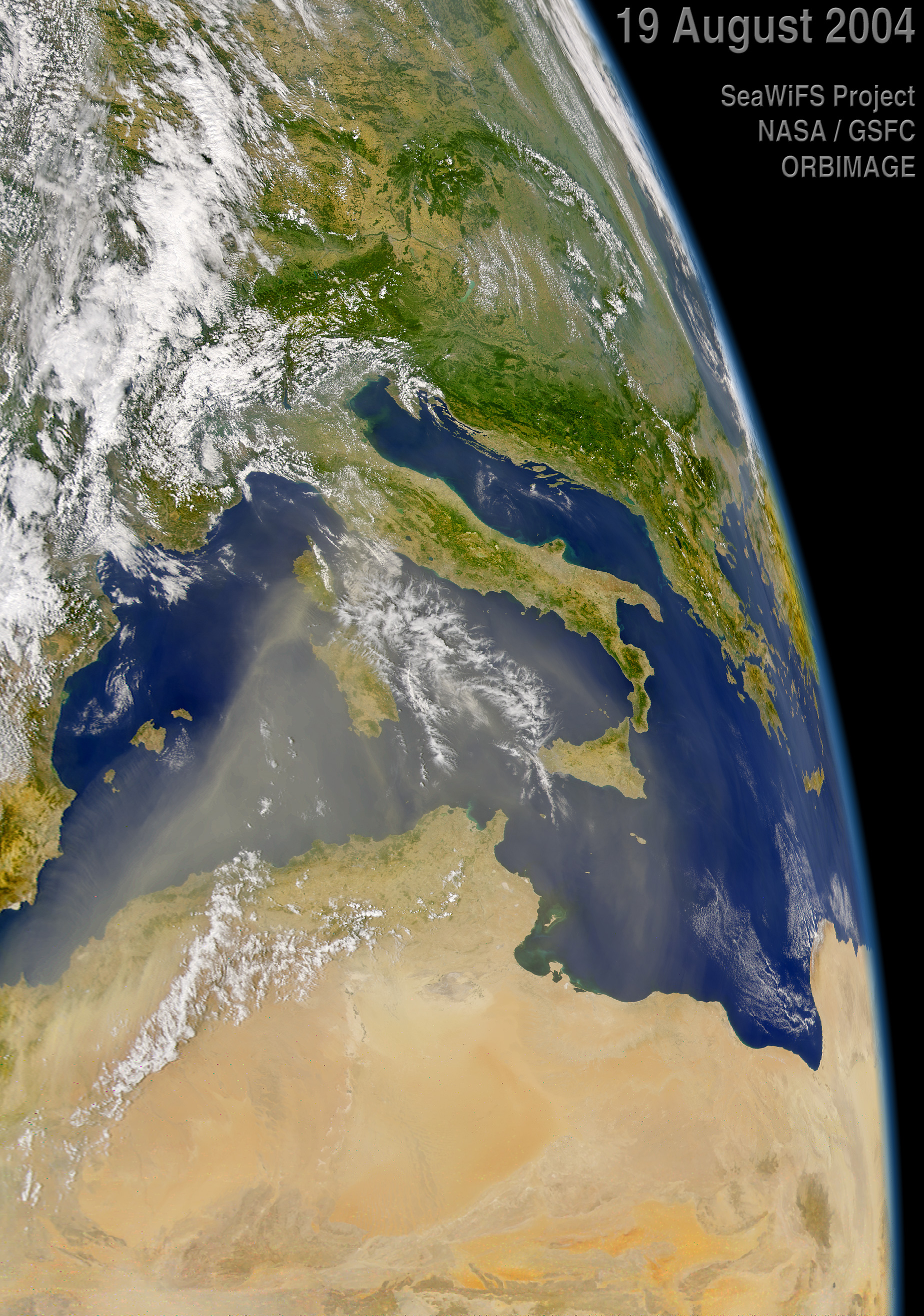 African Dust over the Mediterranean

This true-color scene shows a large plume of Saharan Desert blowing northeastward on August 19, 2004, over the Mediterranean Sea and Greece, where Olympic athletes from all over the world are gathered to compete in the summer games of the XXVIII Olympiad. The dust (light brown) can be seen extending in a wide arc off Africa’s northern coastline. The islands west of mainland Italy—Corsica, Sardinia, and Sicily—are partially obscured by the dust in this image.

This scene was acquired on August 19, 2004, by the Sea-viewing Wide Field-of-view Sensor (SeaWiFS) aboard the OrbView-2 satellite.