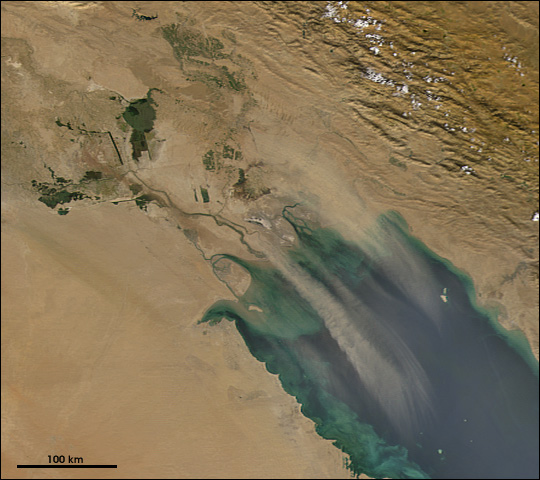 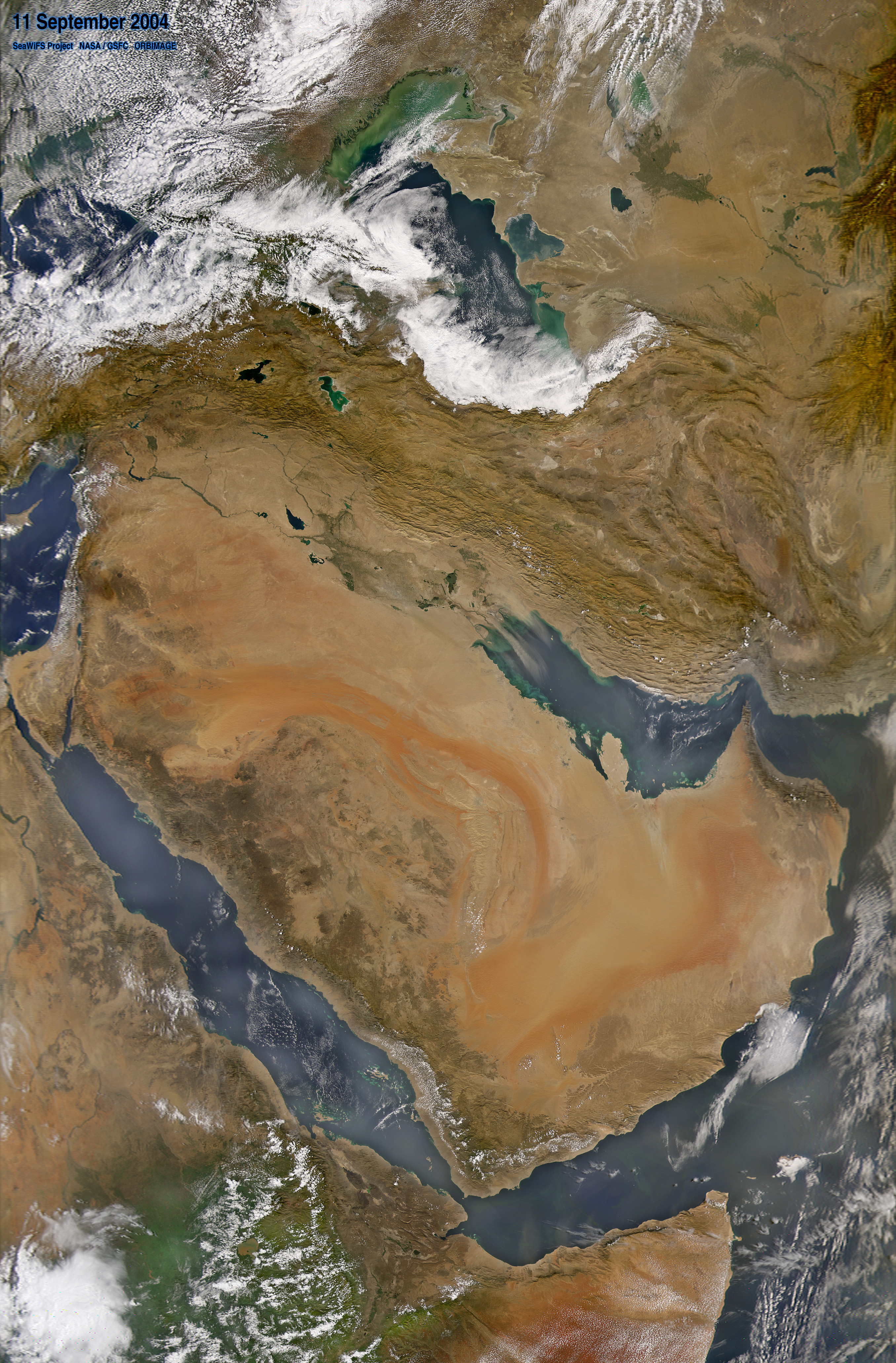 The Sea-viewing Wide Field-of-view Sensor (SeaWiFS) captured this true-color image over the Persian Gulf on September 11, 2004. The scene shows several streams of dust (tan pixels) blowing southeastward out of southern Iraq over the northern expanse of the Persian Gulf.

The scene also reveals some greenery returning to southern part of Iraq as water from the Tigris and Euphrates Rivers is allowed to once again inundate the wetlands of ancient Mesopotamia.