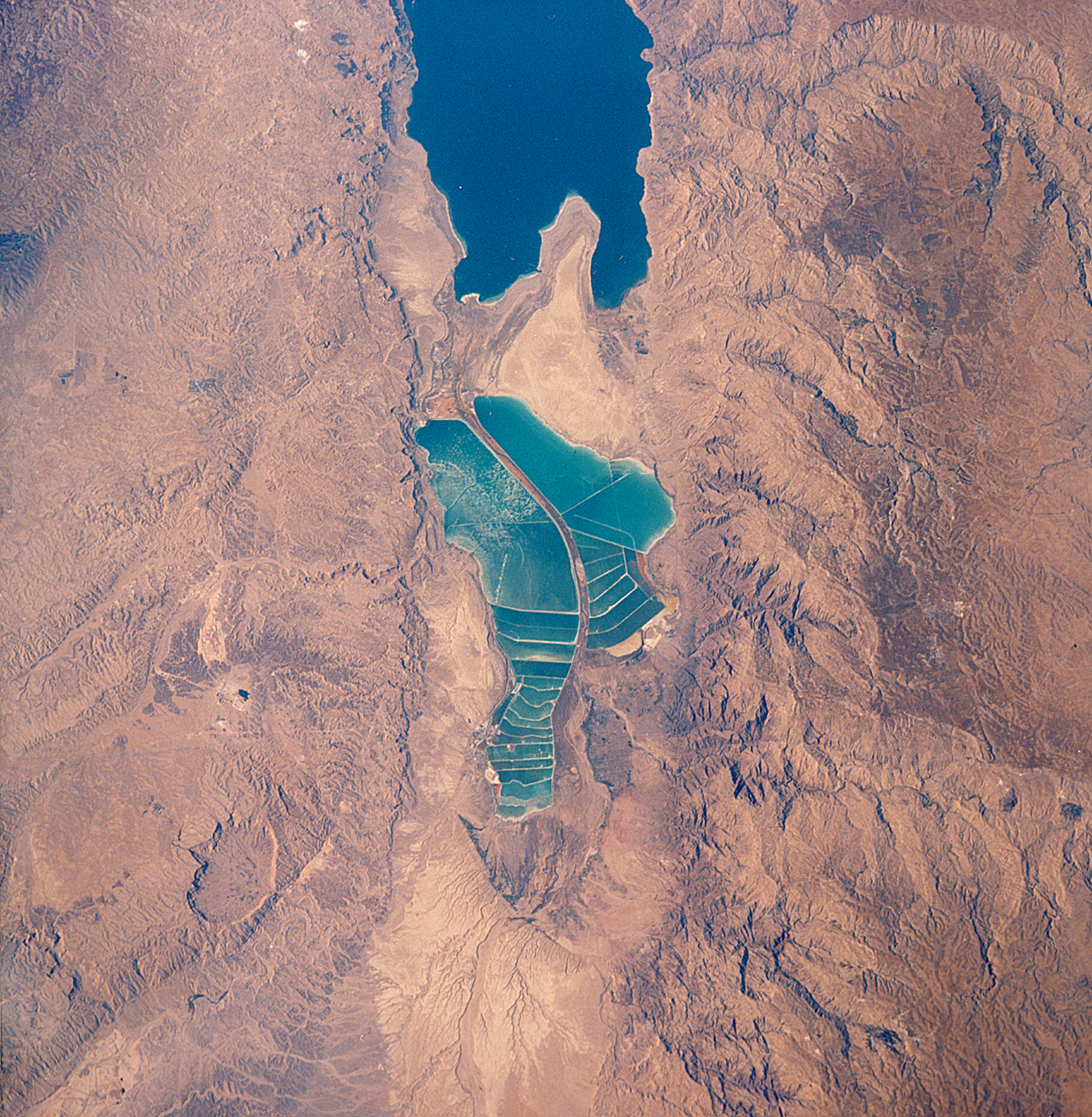 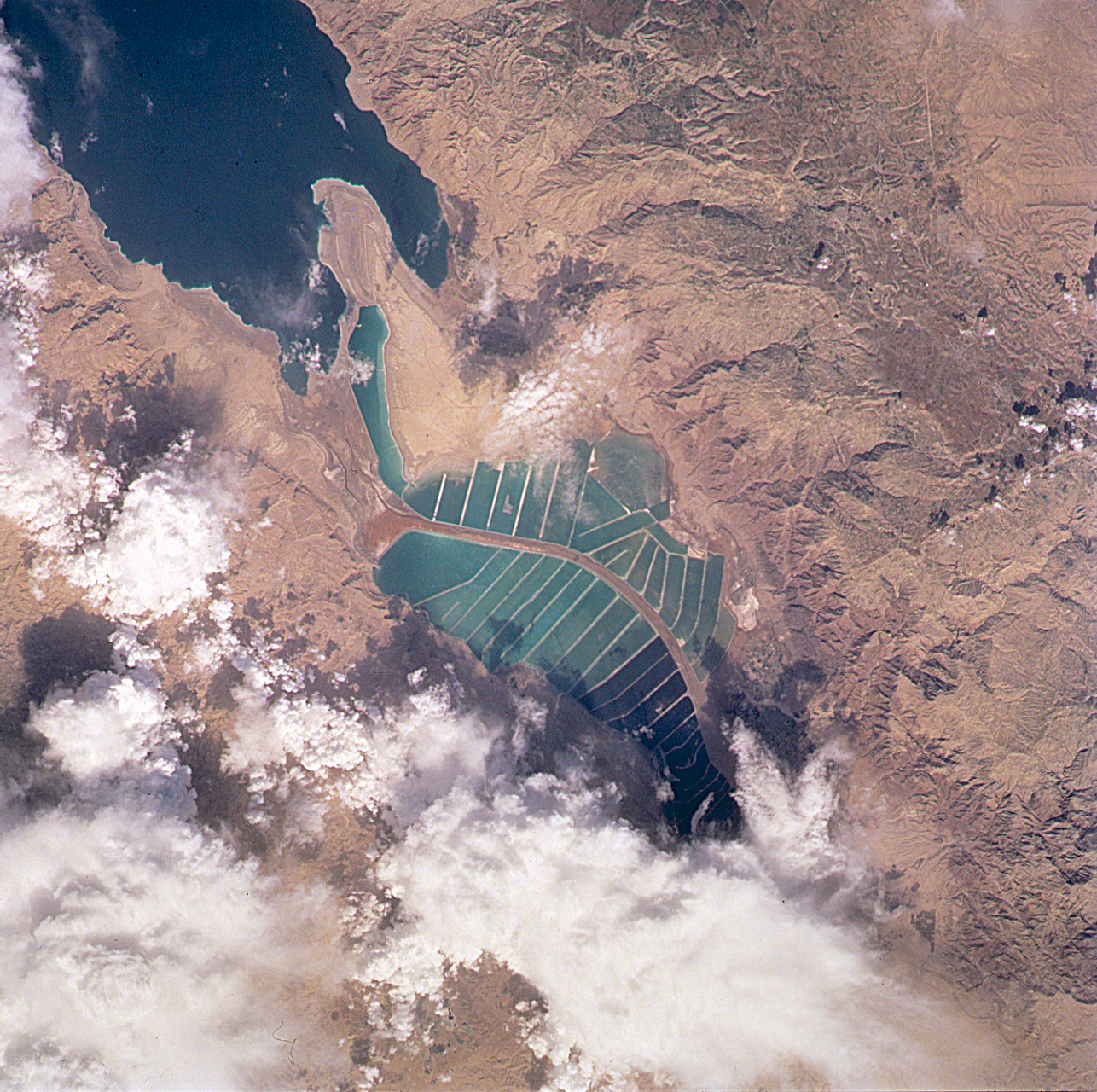 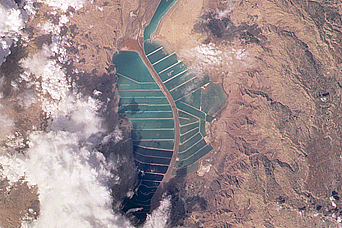 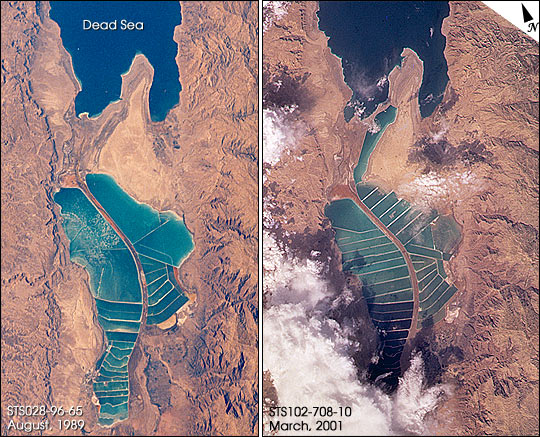 The complex of Jordanian salt evaporation ponds at the southern end of the Dead Sea has expanded significantly over the past dozen years. The western margin of the salt ponds marks the Jordan-Israel border. In August 1989, when the crew of Space Shuttle mission STS-28 photographed the region, the northern extension did not exist and the large polygonal ponds in the northwestern and northeastern sectors had not been subdivided. In the view taken by the STS-102 crew in March 2001, one can see that there has also been expansion at the southeastern end, and that levees now segment the northeastern wedge into four ponds.

Images STS028-96-65 and STS102-708-10 were provided by the Earth Sciences and Image Analysis Laboratory, Johnson Space Center. Additional images taken by astronauts and cosmonauts can be viewed at the NASA-JSC Gateway to Astronaut Photography of Earth.