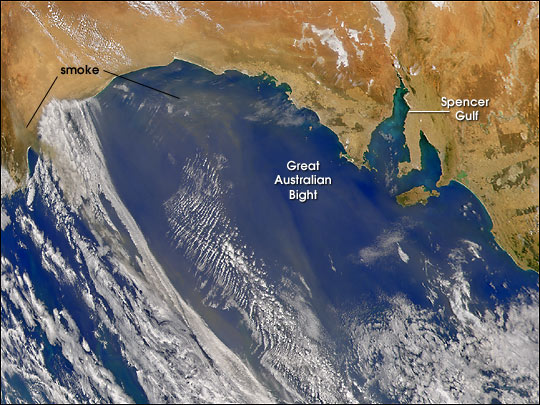 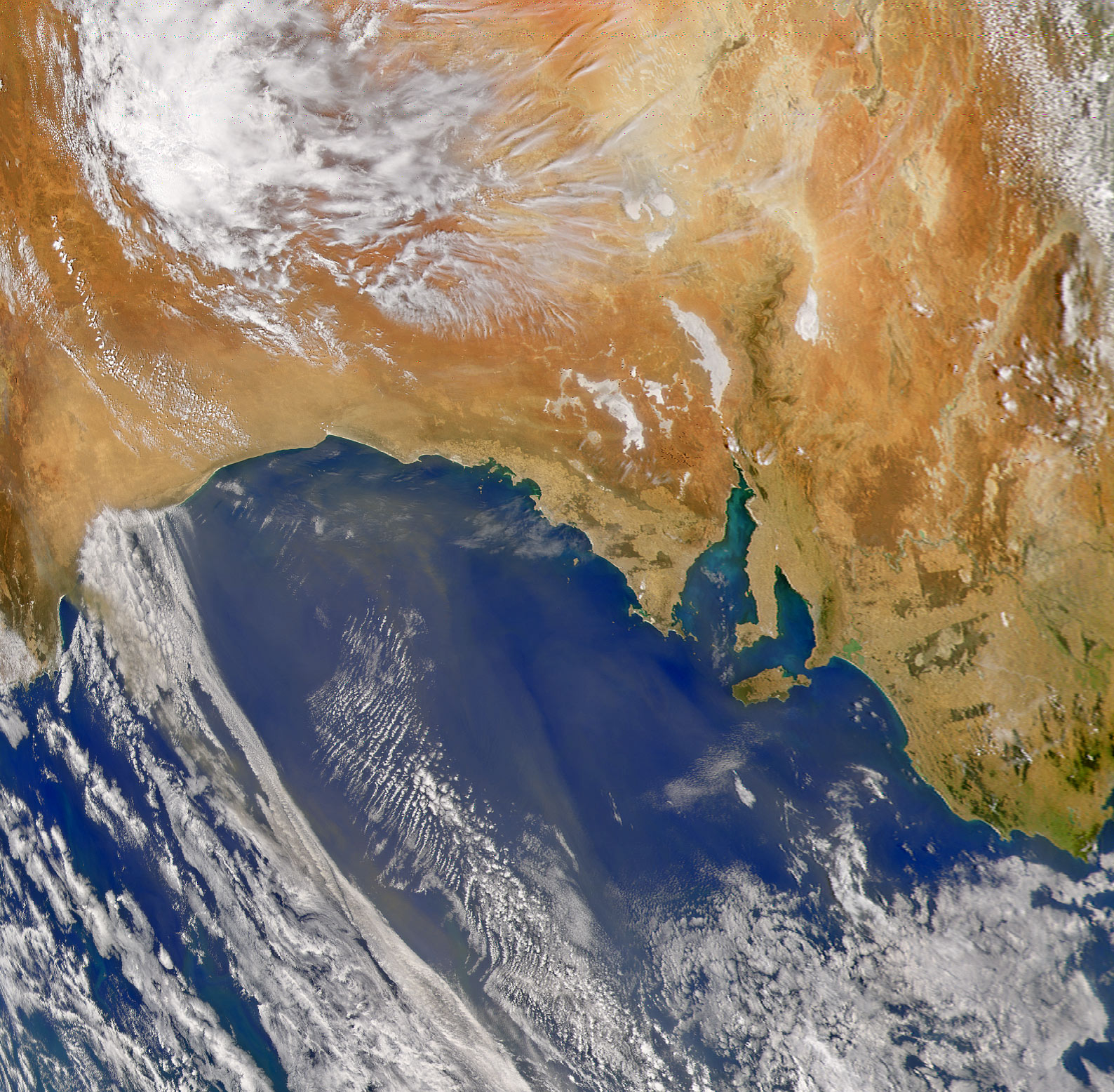 Smoke from fires in southwestern Australia spread in brownish-gray streamers and swirls over the Great Australian Bight on December 22, 2004. (A bight is an indentation or scallop along a coastline that forms an open bay. In the case of the Great Australian Bight, the bay is created by the Indian Ocean.) Over the third week of December, several bushfires, at least some of which were triggered by lightning, burned across the southern coastal areas of Western Australia. The winds that fanned the flames also blew the smoke southeastward over the Bight.