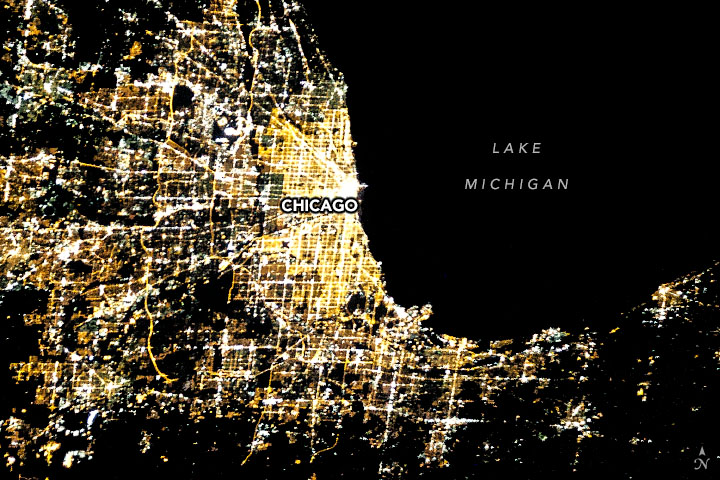 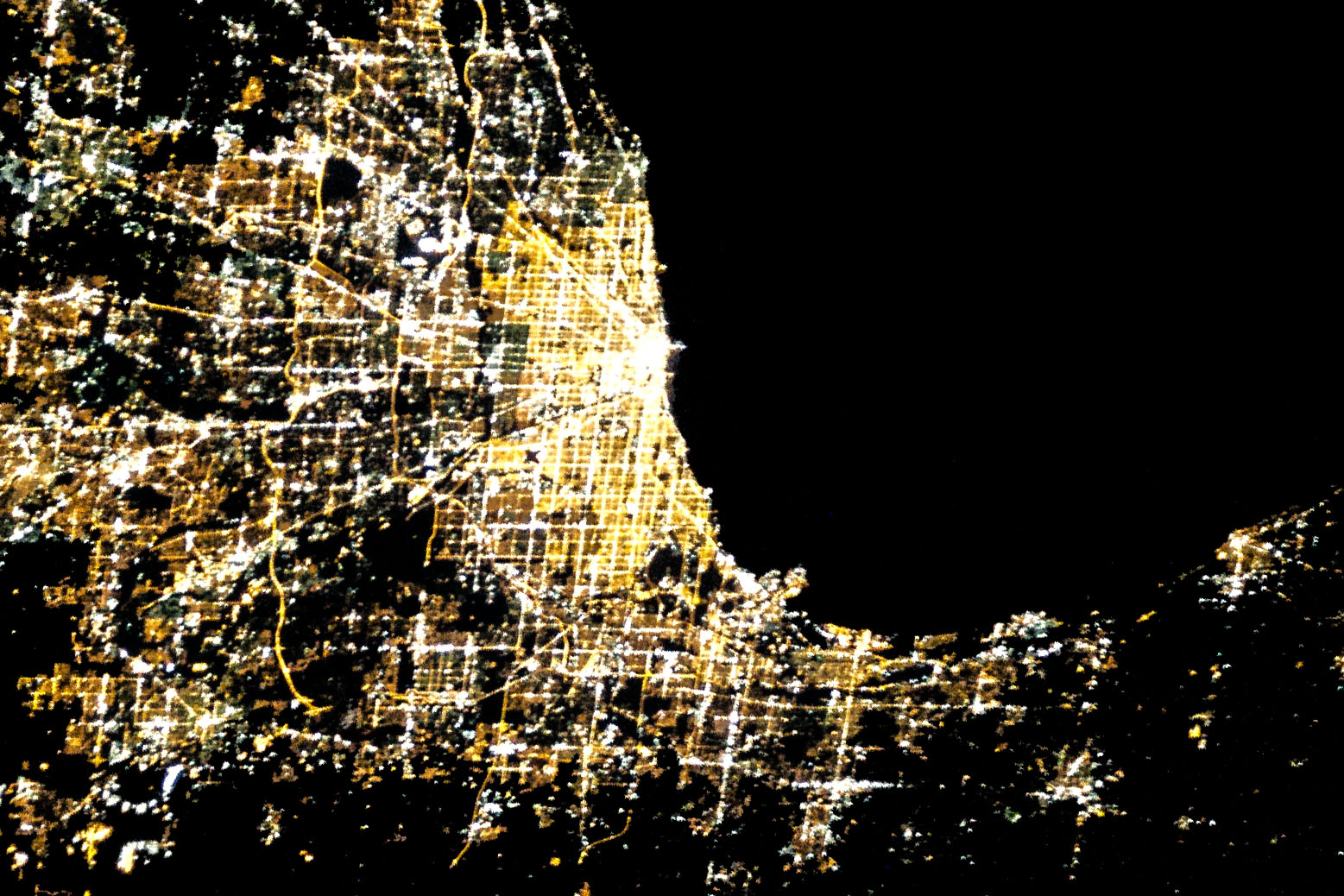 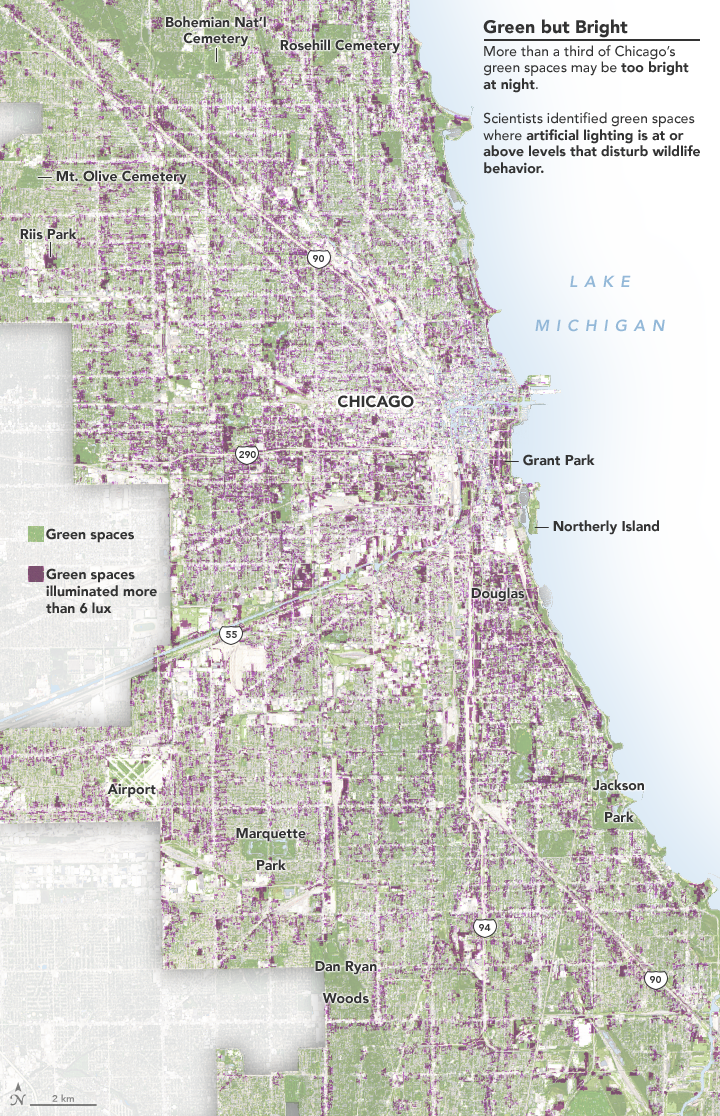 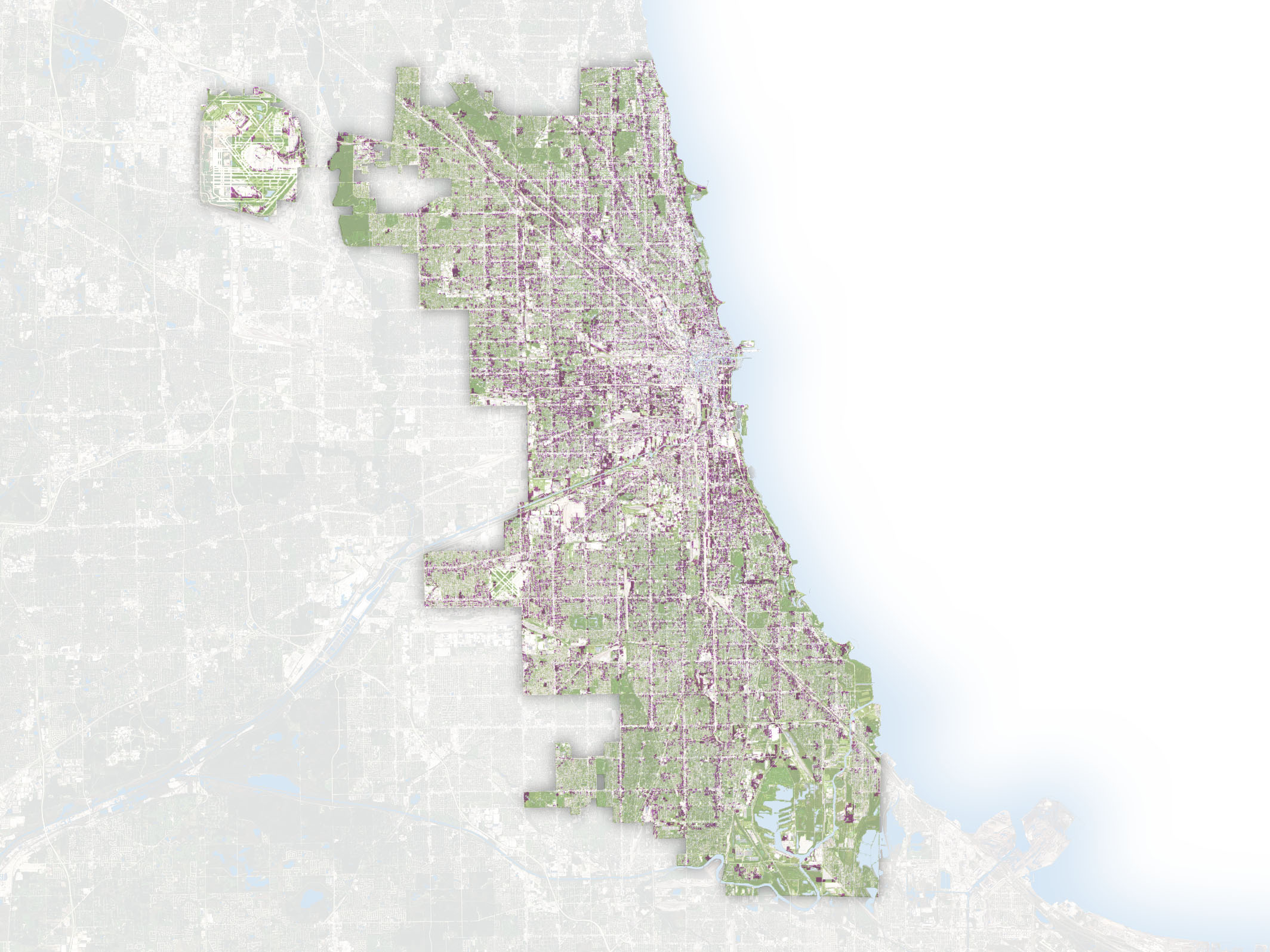 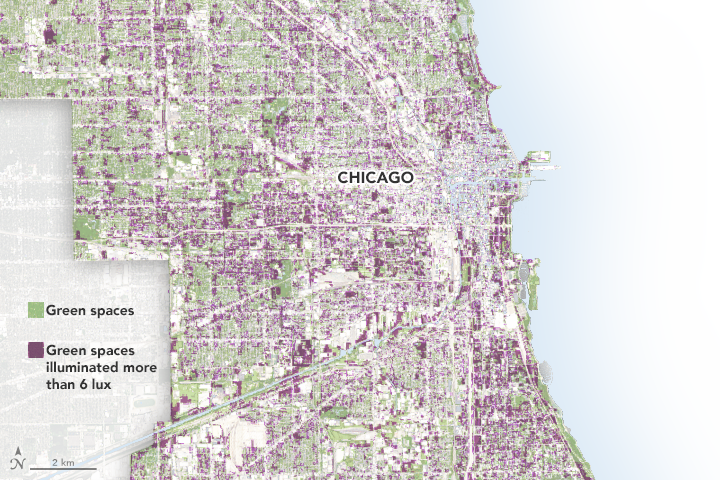 A new study shows that nocturnal animals are less active when the nights are too bright with electric lighting.

NASA Earth Observatory image by Joshua Stevens, using data courtesy of Schirmer, A.E., et al. (2019). Astronaut photograph ISS037-E-8303 was acquired on October 9, 2013, with a Nikon D3S digital camera using a 50 millimeter lens and is provided by the ISS Crew Earth Observations Facility and the Earth Science and Remote Sensing Unit, Johnson Space Center. The image was taken by a member of the Expedition 37 crew. The image has been cropped and enhanced to improve contrast, and lens artifacts have been removed. Story by Kasha Patel.