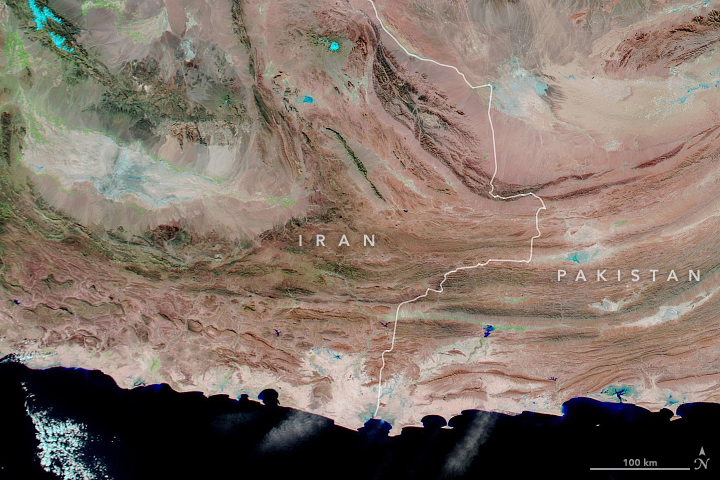 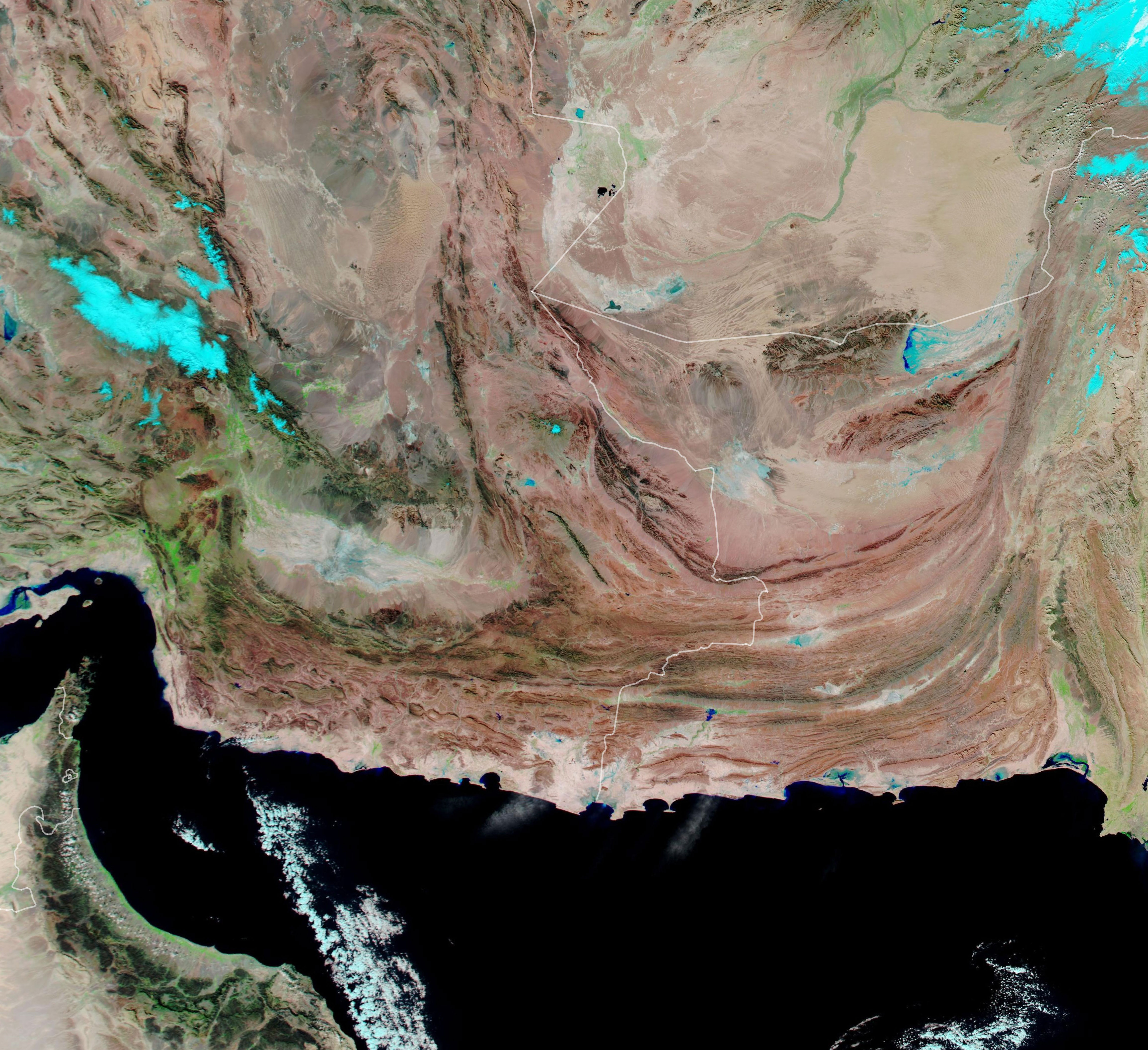 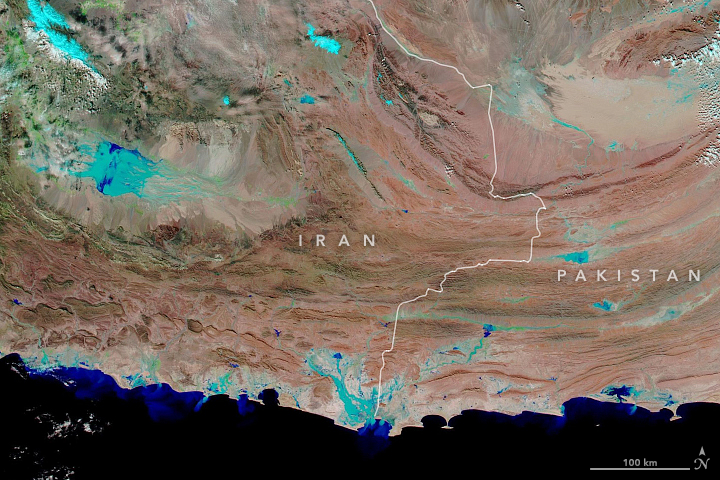 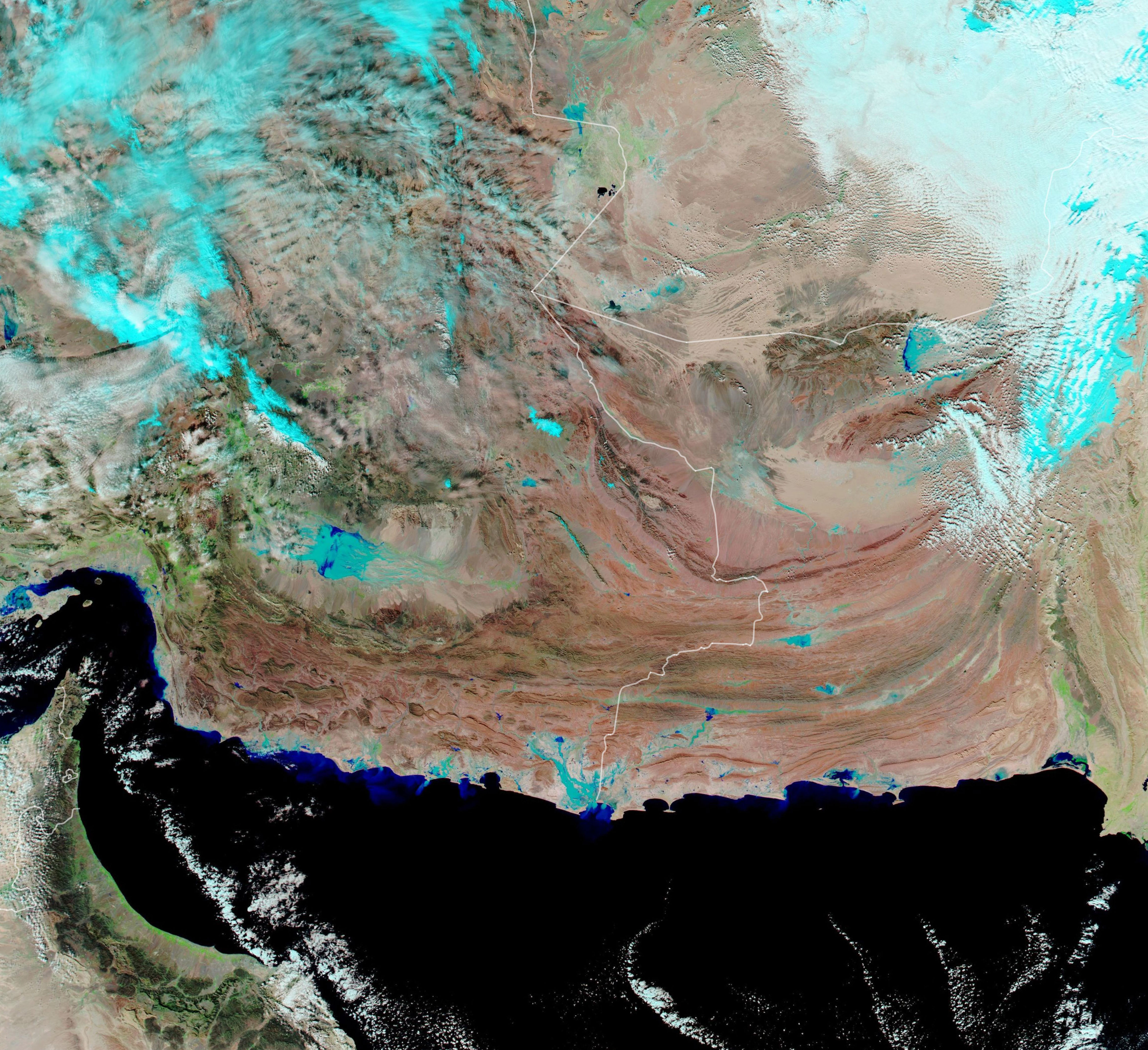 Heavy rain starting on January 9, 2020, have led to flash floods across the Hormozgan, Kerman, and Sistan-Baluchestan provinces in southern Iran. The floods have destroyed thousands of houses, displaced hundreds of people, and caused at least three fatalities.

The false-color image pair above shows rain across the three provinces before (left) and after the bout of rain (right). The images were acquired by the Moderate Resolution Imaging Spectroradiometer (MODIS) on NASA’s Aqua satellite (bands 7-2-1) on January 8, 2020, and January 13, 2020. According to a news report, more than 100 millimeters (4 inches) of rain fell in three days in Sistan-Baluchestan—the amount that typically falls during a full year in the region.