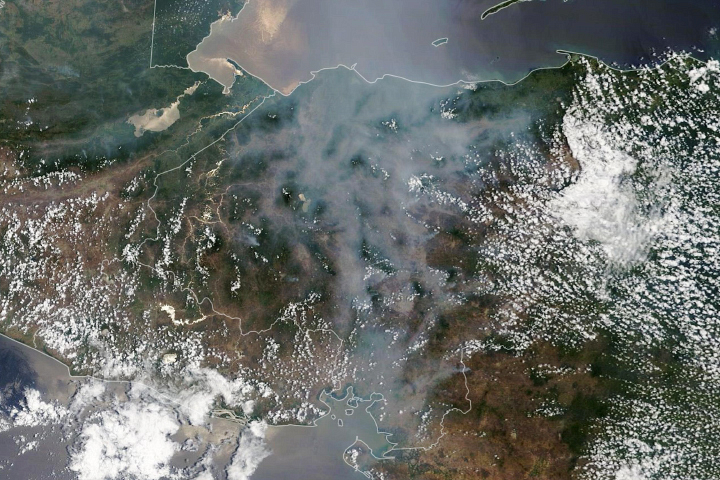 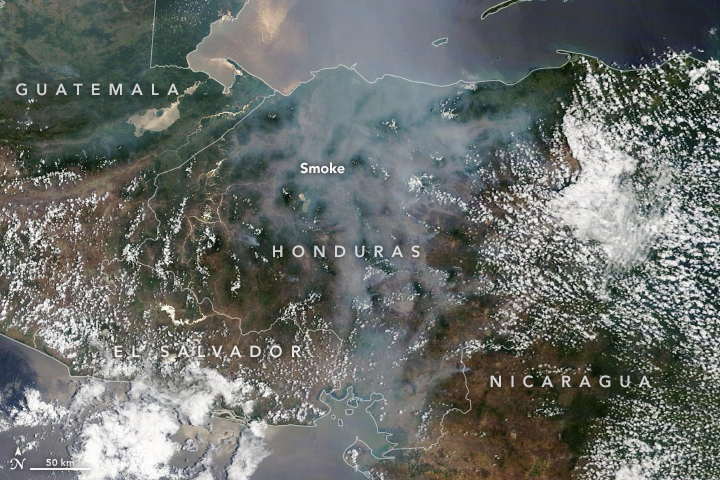 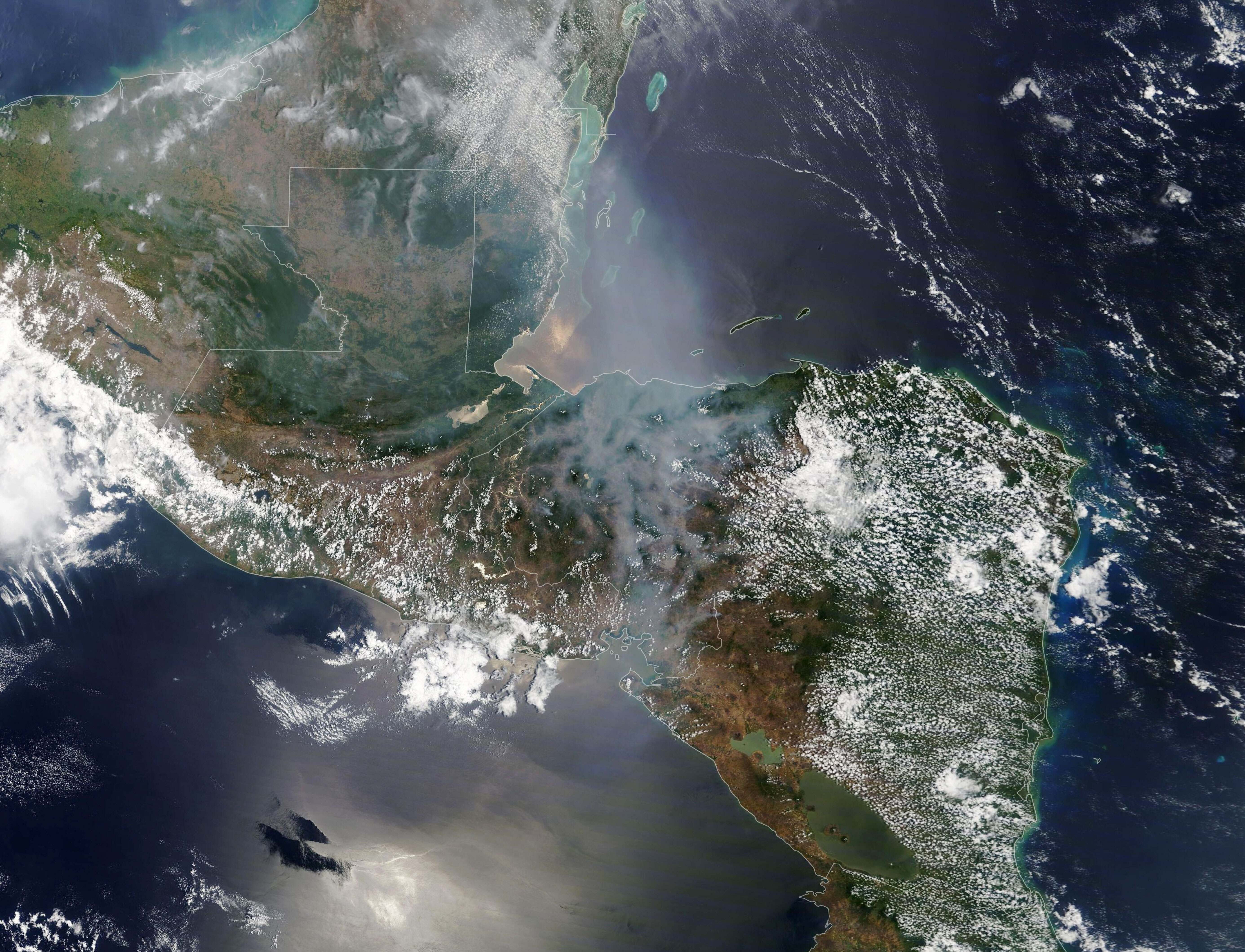 On the morning of April 19, 2020, the Moderate Resolution Imaging Spectroradiometer (MODIS) on NASA’s Terra satellite acquired this natural-color image of smoke hanging in the air over Honduras. The smoke comes from numerous fires, many of which were probably set intentionally to prepare the land for farming.

The fires coincide with the country’s long dry season (January–May), which leaves the land dry and prone to burning. According to Global Forest Watch, the number of hotspots detected across Honduras during the week of April 6 was unusually high compared to the same week in other years since 2001. However, the number of fire detections since January 1 is still below that of 2019.