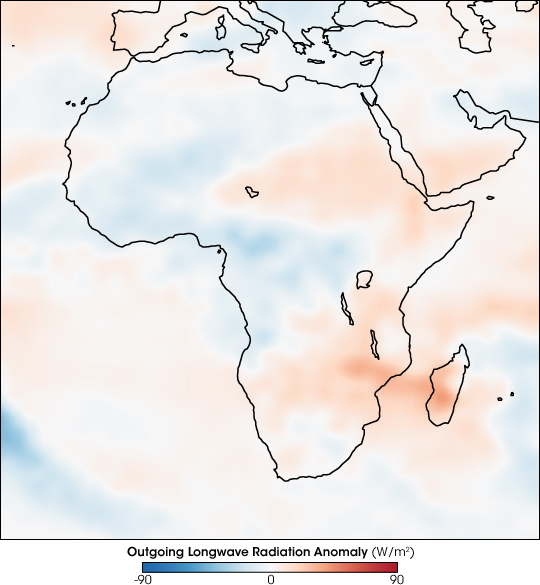 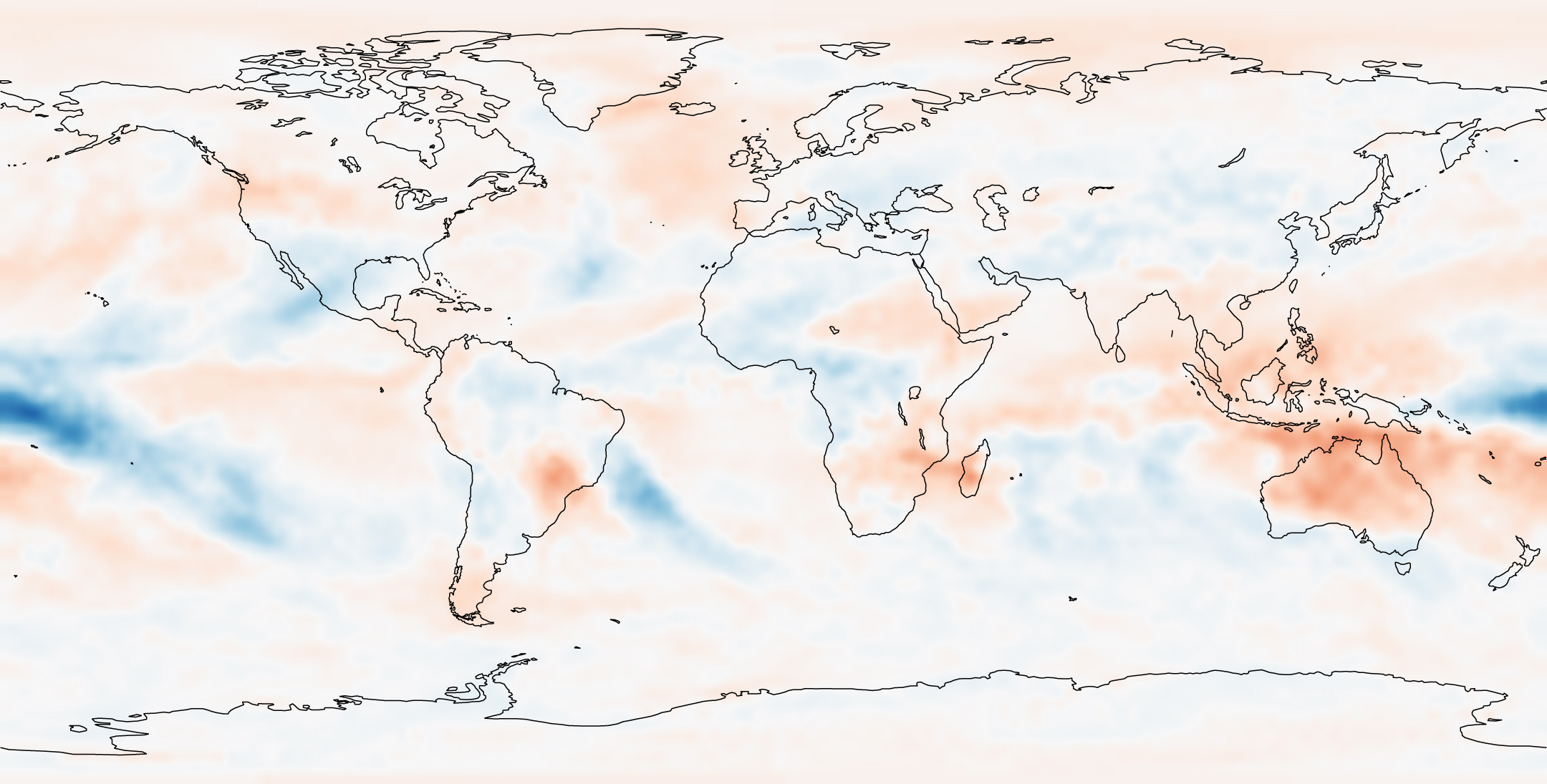 February is a key month for developing crops in southern Africa. Corn, the major crop, is in its critical tassel/silking stage where the plants require more water to successfully develop ears of corn. A lack of moisture at this point results in fewer, smaller ears, greatly reducing the yield of the crop. Just as the plants reached this critical stage, a dry spell settled over southern Africa. The reduced harvest may lead to food insecurity in parts of Malawi, Zambia, Zimbabwe, Mozambique, and Swaziland, reports a recent brief released by the Famine Early Warming Systems Network.

The drought has not been limited to southern Africa. Further up the coast, many countries are dealing with a multi-year drought that has caused food shortages from Tanzania in the south to Ethiopia and Eritrea in the north. Both drought-affected regions are draped in shades of red in the above image.

The image shows outgoing longwave radiation, the heat emitted from the Earth’s surface. Because clouds are much cooler than land, outgoing longwave radiation can tell scientists where clouds are or, more importantly for drought monitoring, where clouds are not. Without clouds, there is no rain. The above image shows a comparison between February 2005 and a long-term average of outgoing longwave radiation measurements made between 1979 and 1995. Regions that were cooler than normal, probably because of cloud cover are blue, while areas that were normal than normal because of a lack of clouds are red. The image, derived from measurements made by the TIROS Operational Vertical Sounder (TOVS) onboard the NOAA-POES satellite series, clearly shows a lack of cloud-cover in the drought-affected regions.