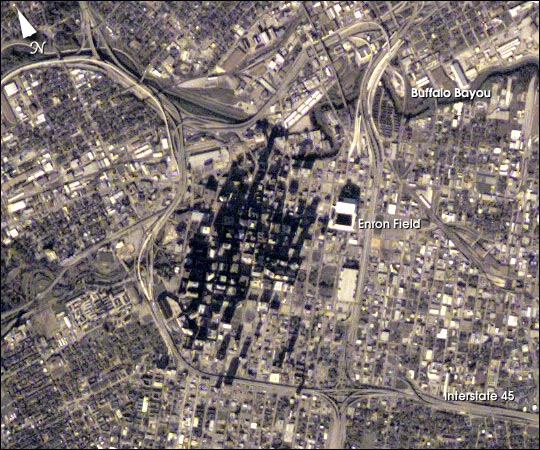 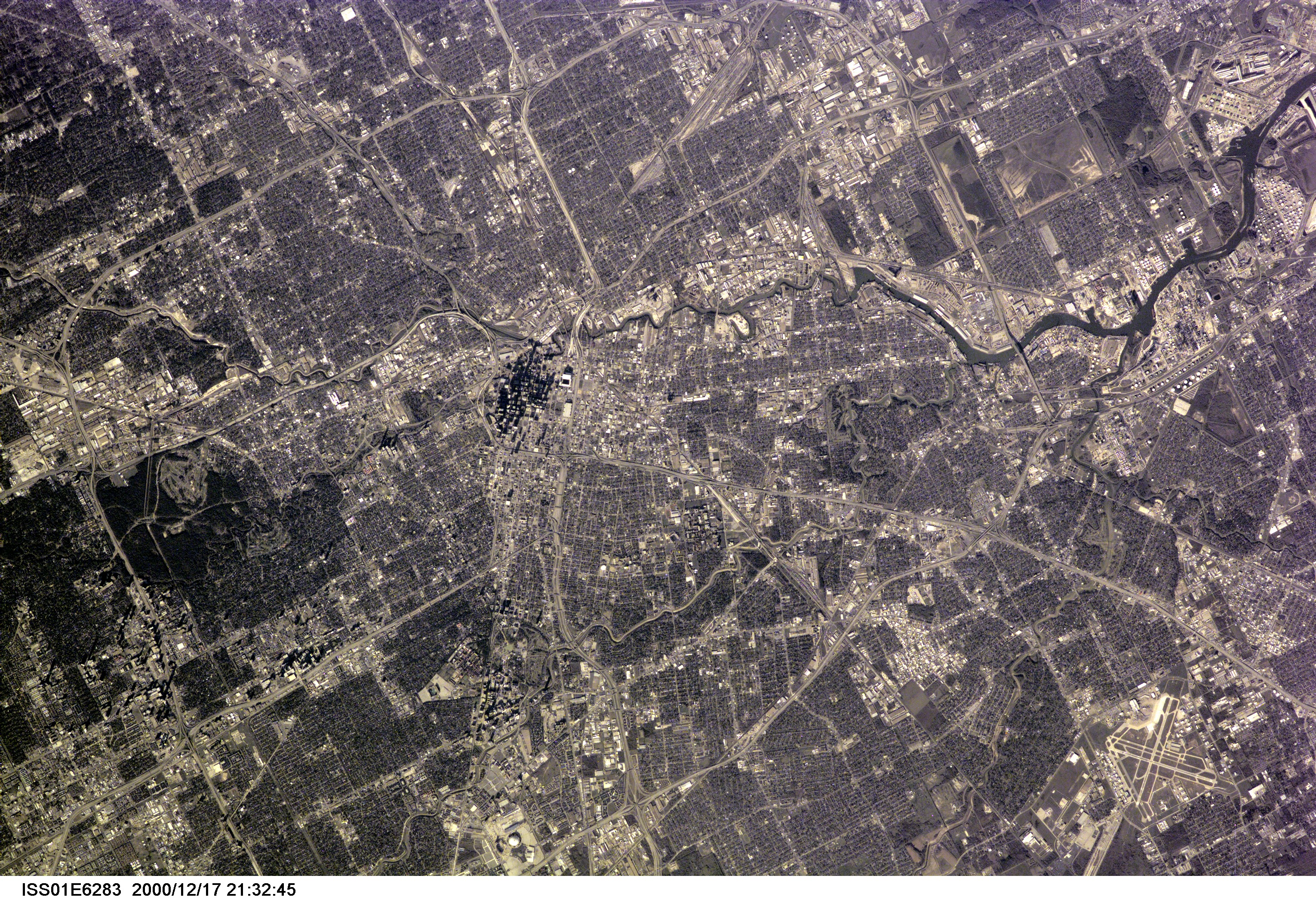 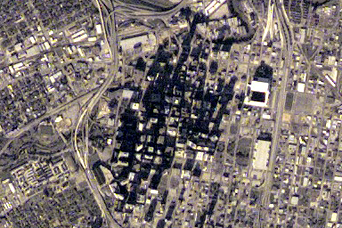 A series of digital photographs of Houston illustrates the new detail being obtained for cities around the world by crewmembers on the International Space Station. This image, captured on 17 December 2000 centers on the downtown region and shows extensive detail of streets, parks and major buildings.

Image ISS001-E-6283 was provided by the Earth Sciences and Image Analysis Laboratory at Johnson Space Center. Additional images taken by astronauts and cosmonauts can be viewed at the NASA-JSC Gateway to Astronaut Photography of Earth