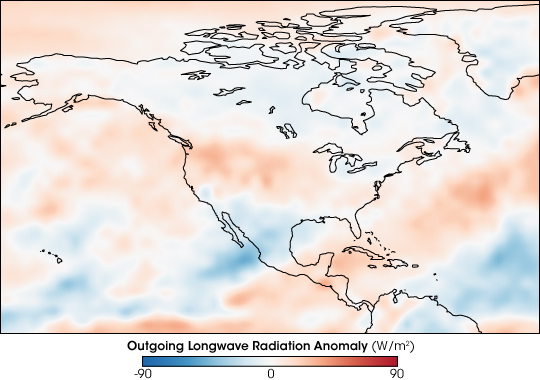 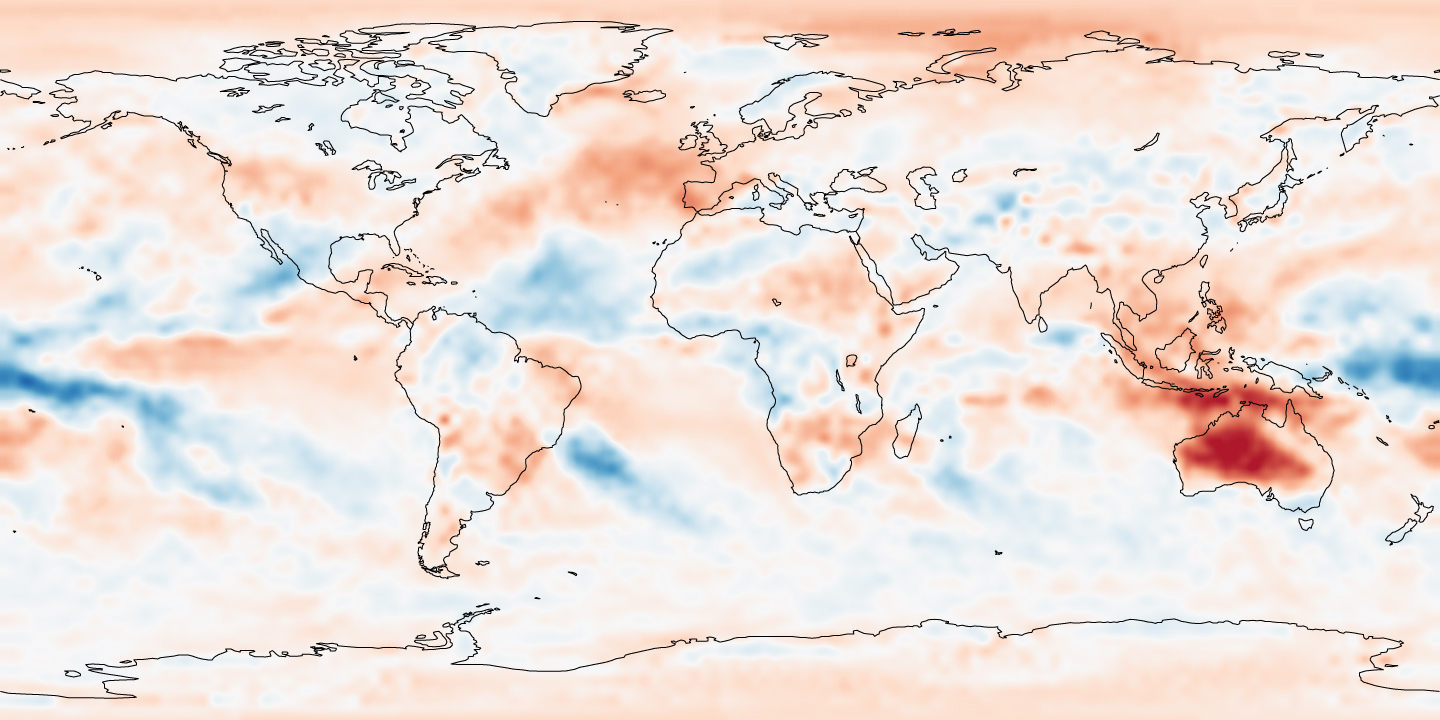 Drought in the U.S. Pacific Northwest

From December to March, snowfall was light in the northwestern United States. Now at winter’s end, the Pacific Northwest is facing ongoing drought. Melting snow feeds the region’s streams and rivers throughout the summer, so if little snow falls, drought ensues. By March 17, 2005, snowpacks in the mountains of Washington, Oregon, Idaho and western Montana were at near-record lows, nearly guaranteeing low water levels on rivers and streams during the summer. The National Oceanic and Atmospheric Administration’s Climate Prediction Center predicts that water levels will be at their lowest levels in 70 years in 2005. See the U.S. Seasonal Drought Outlook for more information.

The above image illustrates winter conditions in the Northwest. The image shows outgoing longwave radiation (OLR), a measure of the heat emitted from the Earth’s surface. Since clouds are cooler than land or the ocean’s surface, the measurement shows where clouds are. Scientists use this measurement to monitor for drought because a lack of cloud-cover also means a lack of precipitation. The above image is a composite of OLR data collected between December 2004 and February 2005 compared to data collected between 1979 and 1995. Areas that were cloudier than normal are blue, while regions with less cloud cover than normal are red. The Pacific Northwest was uncharacteristically clear between December and February, as indicated by the dark red over the region.