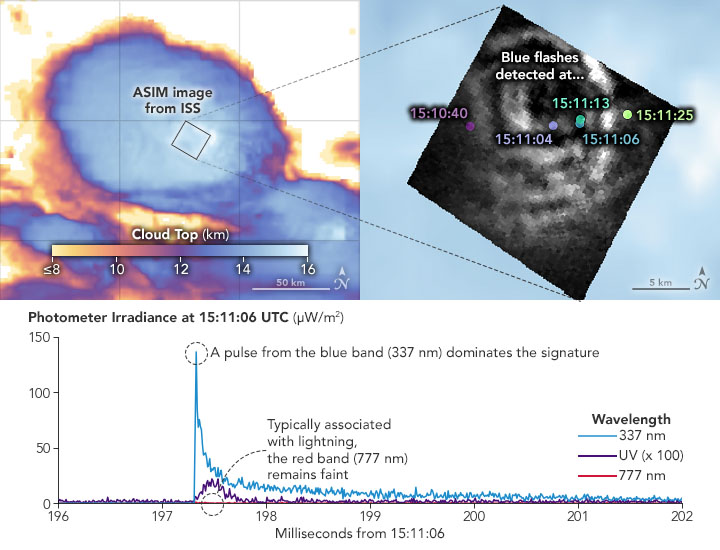 Cameras and sensors on the International Space Station have been helping scientists to characterize the natural light shows produced at the tops of thunderstorms.

This image originally appeared in the NASA Earth Observatory story Bolts of Blue.