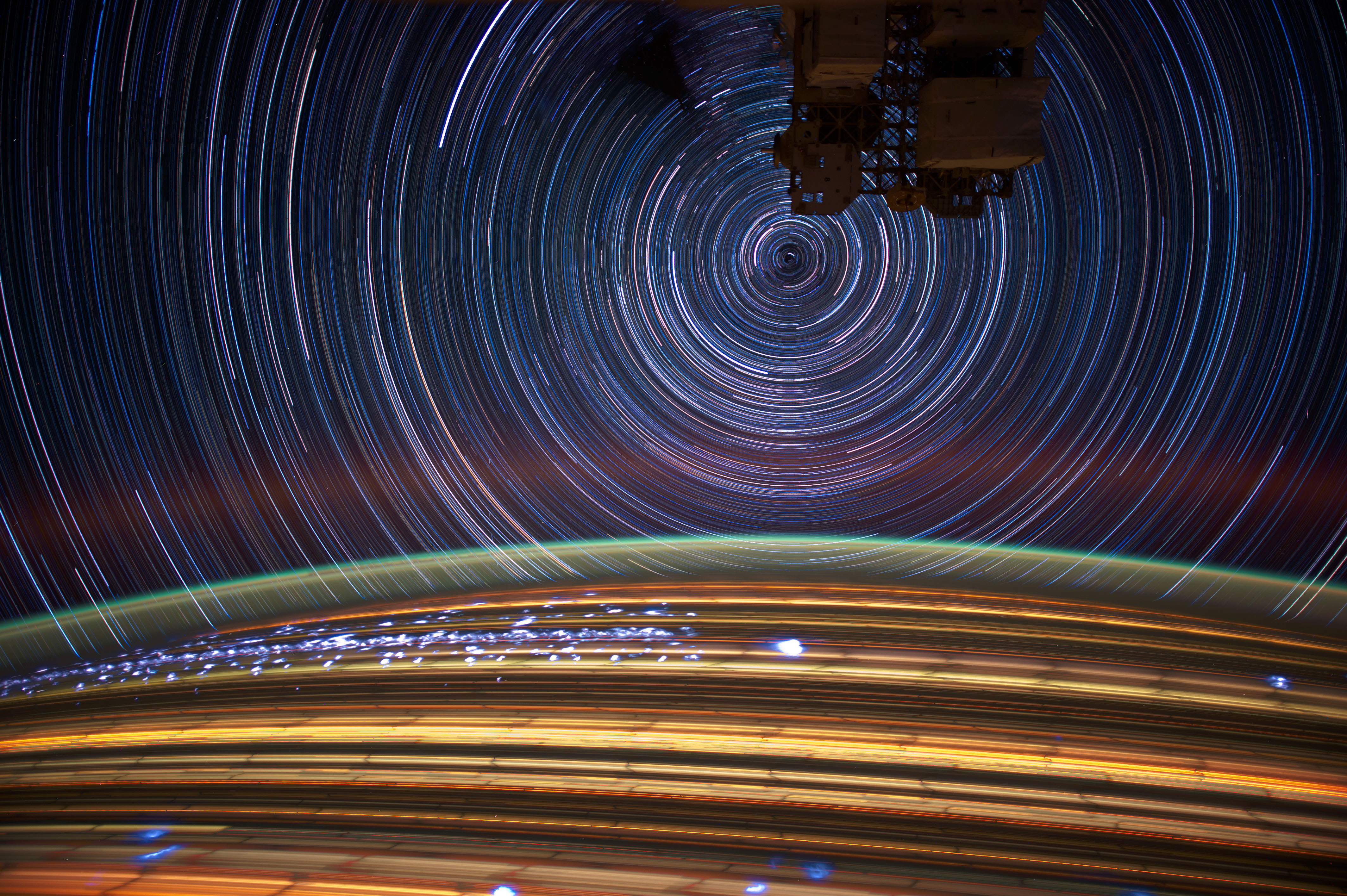 A compilation of dozens of long-exposure photographs taken from space turns stars into stunning rings and city lights and fires into colorful streaks.

This image originally appeared in the NASA Earth Observatory story Stars in Motion.

Astronaut photographs ISS030-E-271644 – ISS030-E-271714  were acquired on April 23, 2012, and is provided by the ISS Crew Earth Observations Facility and the Earth Science and Remote Sensing Unit, Johnson Space Center. The image was taken by a member of the