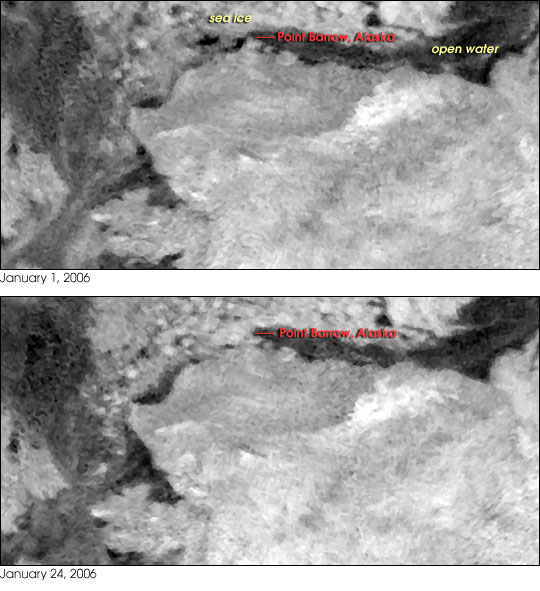 Like a frozen tsunami, large blocks of sea ice crashed ashore in the town of Barrow, Alaska, on January 23 and 24, 2006, according to a report from the Associated Press. Driven by fierce Arctic winds and strong eastward currents, the ice surged ashore in “car-sized blocks.” This pair of radar images of northern Alaska on January 1 and 24, 2006, shows the movement of the sea ice southward and onto the shore at Point Barrow. The observations were collected by a radar on NASA’s QuikSCAT satellite. On January 1, a thin strip of open water (dark area) separates the sea ice (across the top of the images) from the Alaska coast. By January 24, the sea ice had moved south and east, closing the small gap and climbing onto shore. The animations are based on daily images from January 1-30, 2006.